Luvell Glanton will not appear on the ballot for Circuit Court Division VII after losing an emergency request to the Tennessee Court of Appeals to take the case up in an expedited manner. The May 3 Democratic primary will be between Lynne Ingram and the incumbent Kelvin Jones.

After losing in Chancery Court on Wednesday, Glanton had sought an expedited appeal, but the appellate court denied it on Friday. The case may continue, but it will not be heard in time for the attorney to appear on the May 3 ballot.

Jones filed a challenge with the Davidson County Election Commission, arguing that Glanton was actually a resident of Williamson County. In a 3-2 vote along party lines, the commission’s three GOP members voted to remove Glanton from the ballot. Glanton appealed and the Davidson County Democratic Party filed an amicus brief in support.

Only one legal challenge remains before the commission can set the election: David Ridings’ attempt to be placed back on the ballot after the DCDP removed him for not being a bona fide Democrat. In the first version of his suit, Ridings argued that the General Sessions seat he was seaking was a “municipal” position and therefore all General Sessions judicial races should be conducted in a non-partisan manner. While he lost those claims in an earlier hearing, Ridings’ second amended complaint alleges that the Davidson County Democratic Party conspired to remove him from the ballot because Tara Houston, the DCDP chair, is part of Triumph Strategies, a political consulting firm working for his opponent, Marcus Floyd.

A hearing has been scheduled before Chancellor Ellen Hobbs Lyle for April 6 at 10:30 a.m. 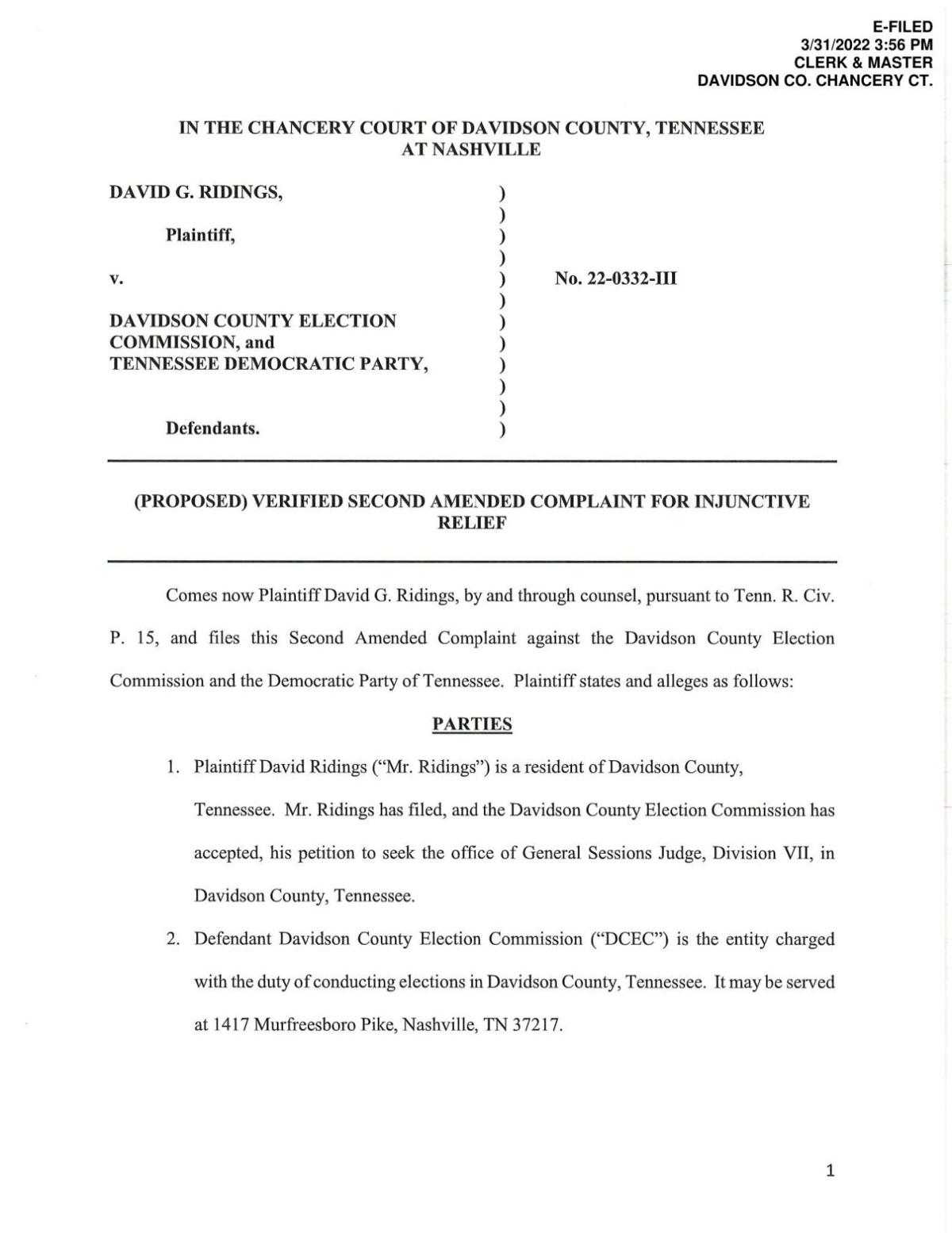