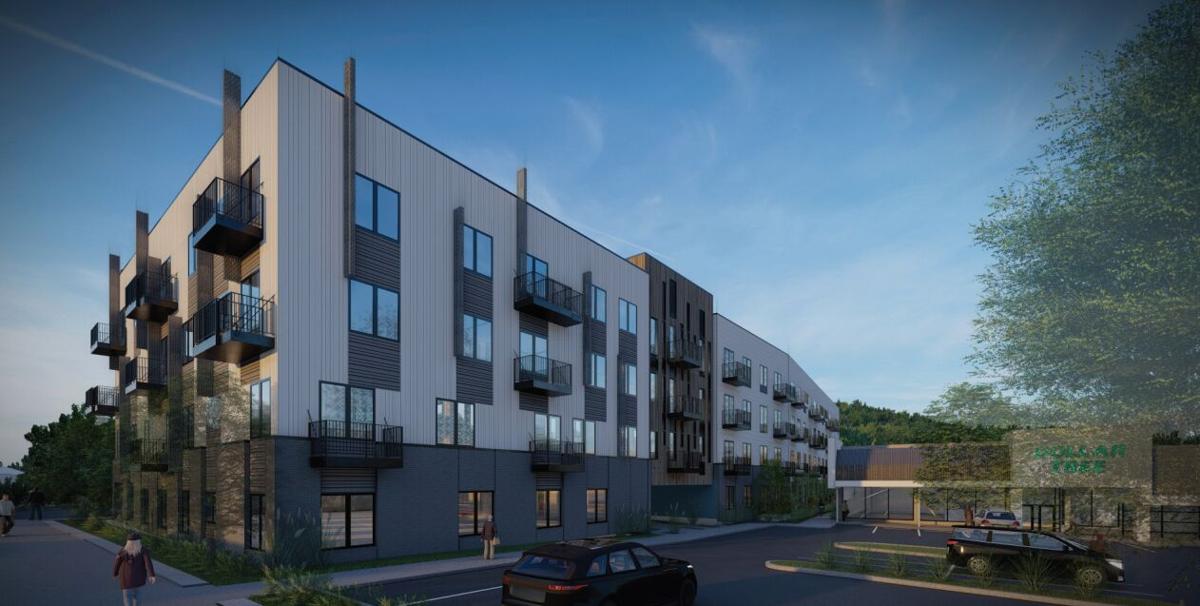 The effort will involve adding a four-story, 74-unit apartment building on the west side of the site and a three-story townhome development in the northeast corner and addressing Cliffdale Road. It will include 28 residences for rent.

A grading permit has been applied for, according to Benton Smothers, Holladay's vice president of development. A groundbreaking is being eyed for the third quarter.

The effort to undertake the two residential buildings follows Holladay having adaptively reused two existing retail buildings on the site, perhaps best known as the home of bowling facility Donelson Strike and Spare. About 20,000 square feet of office space was added to those buildings, with courtyards and green space included. The address is 2710 and 2720 Old Lebanon Road.

The centerpiece of the effort is an approximately 200,000 square-foot shopping center building, opened in 1961, that now include retail and office.

Holladay Properties acquired the three-parcel property in September 2016 for $7.8 million, according to Metro records.

Also located at Donelson Plaza will be a Nashville Public Library branch building at 2315 Lebanon Pike and for which Holladay undertook the infrastructure work (Metro reimbursed the company for that effort). The site is ready for construction of the building.

Of note, preliminary planning on two future additional buildings flanking the entrance to the library and including retail and office space, continues but has not been finalized for construction.

During the updating of the retail buildings, the remaining businesses stayed opened. The Salon Professional Academy and Homegrown Taproom are among the tenants.

Nashville-based Building Ideas is designing the two future residential buildings. Solomon Builders, also locally based, will be the general contractor. Barge Cauthen and Associates will handle engineer work, and Edge is the landscape architect. Both are Nashville-based.

“We’re ready to progress with this next phase, bringing a residential element to the center," Smothers told the Post. "This is a continuation of our plan to modernize this historic neighborhood hub into a blend of commercial, residential and civic uses, while retaining the character that’s fostered such fond memories of the place.”

The property is located within Metro Councilmember Jeff Syracuse’s District 15. Smothers said Syracuse has been helpful in facilitating the redevelopment efforts.

Holladay Properties bills itself as a design/build real estate company and one of the largest medical office management firms in the country. The company has more than 30 development and property management offices located throughout the eastern half of the United States.