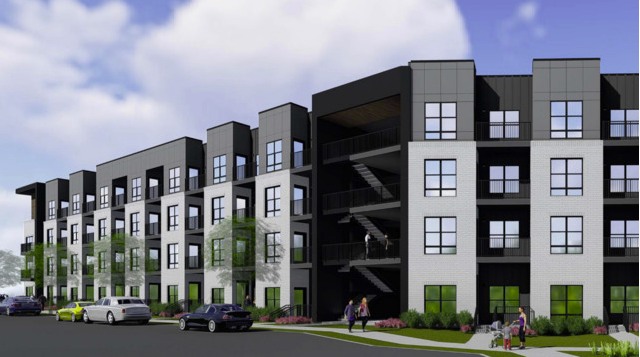 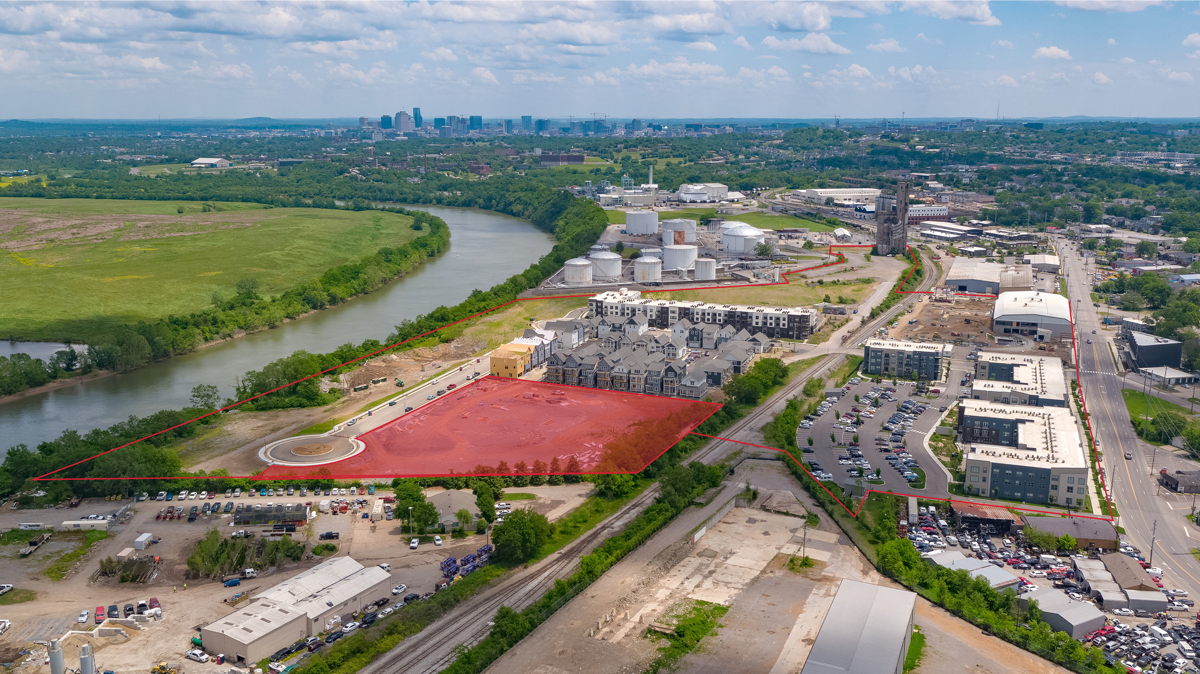 Silo West will be located within the red area pictured, with downtown Nashville seen in the background

Silo West will be located within the red area pictured, with downtown Nashville seen in the background

Construction looms on a condominium building in Silo Bend following the $7.08 million sale of The Nations property for which the project is slated.

Nashville-based development company Evergreen Real Estate, the buyer, will undertake the project, to be located near the intersection of 54th Avenue North and Centennial Boulevard in the West Nashville district. The four-story Silo West will comprise 165 residential units and sit on about 3.2 acres near The Flats at Silo Bend.

Pricing had not been finalized for the future Silo West residences, he said at the time. White could not be reached for an update.

“Condos previously developed at Silo Bend have sold quickly and we foresee the same level of demand for Silo West,” White said in a release announcing the sale.

The transaction price of $7,088,803 is the equivalent of roughly $50.40 per foot based on acreage. Metro records are unclear regarding what the seller paid for the property, as its 2015 acquisition included multiple parcels.

Barge Cauthen and Associates is handling civil engineering and land-planning duties, with Southeast Venture the architect. Both companies are locally based. First Farmers & Merchants Bank, which is based in Columbia, is providing financing.

“It’s very rewarding to witness the progress of such a large undertaking as this project,” Southeast Venture broker Lee White, who oversaw the land sale for the two parties, said in the release. “The development has transformed The Nations neighborhood, and we can’t wait to see how the community continues to develop.”

Silo Bend derives its name from its location along a bend of the Cumberland River and the large concrete silo found on the east segment of the property.