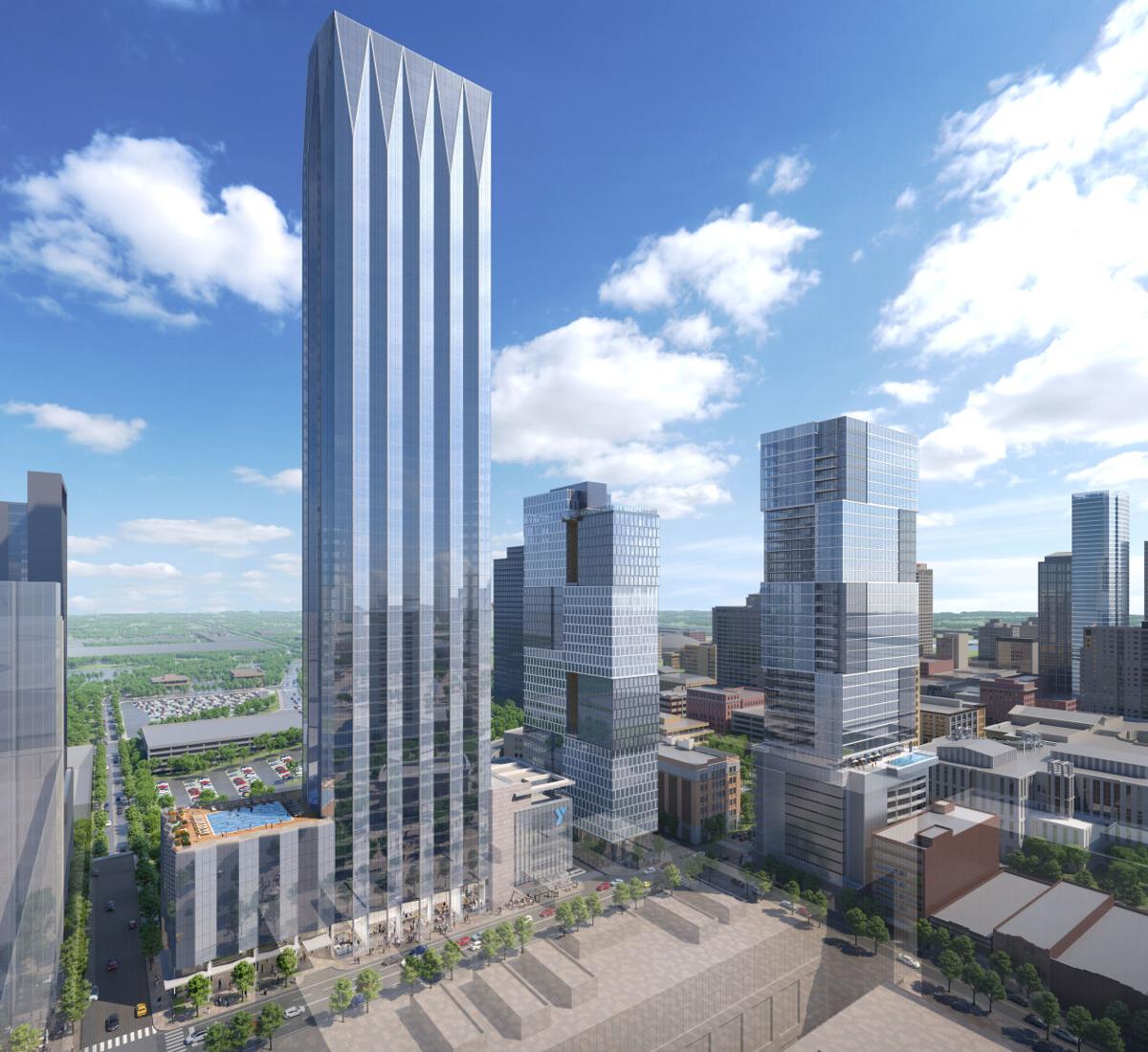 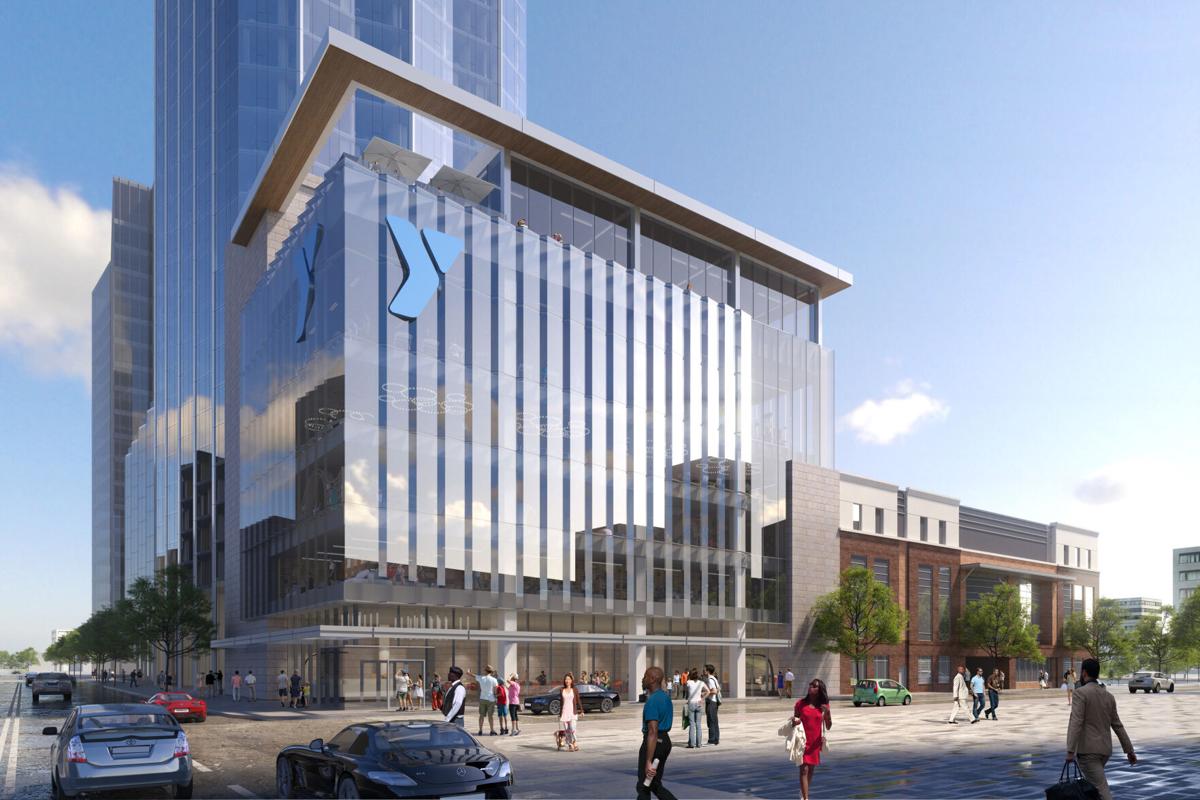 Officials with the YMCA of Middle Tennessee announced Monday a project that will yield a 500-unit residential tower to be Nashville’s tallest building and a major update to the nonprofit’s downtown campus.

Nashville-based Giarratana Develpment will be involved in the effort, with the company to develop a portion of the Y site with a 60-story 750-foot residential skyscraper that, if standing today, would rank as the ninth tallest building in the Southeast. For context, Atlanta and Miami each offer three completed buildings of 750 feet or taller, with Charlotte home to two. However, Miami has six high-rises of that height or taller that are under construction or planned (with one more than 1,000 feet). Mobile, Alabama, offers a 745-foot tall building, but some of its height is derived from a decorative cap.

A January 2023 start of the Nashville project is eyed, with the main address to be 1000 Church St. A June 2024 completion date for the YMCA component is planned. The residential tower's apartments will open in July 2025 and its condos in January 2026.

To carry a price tag of about $350 million, the residential tower will face Church Street, rising from what is currently a surface parking lot. It will rise to the immediate east of Platform Way (on which sits the two Amazon towers). As part of the project, the Y buildings home to an indoor swimming pool and some administrative offices will be demolished and replaced with a six-story structure.

Chicago-based Goettsch Partners will serve as architect and is designing the tower to offer 360 for-rent apartments and 140 for-purchase condominiums to sit atop the rental spaces. No ground-level retail will be included.

The YMCA, which has served downtown Nashville for nearly 150 years, operates from two buildings on the site: the aforementioned component (opened in 1973) and a structure that was completed in 2008 and that will be retained.

The future Y building will offer about 60,000 square feet (with a replacement indoor swimming pool expected). The 2008-opened Y building will remain operational during construction.

A task force appointed by the YMCA’s executive committee and chaired by YMCA Property Committee Chair John Gromos earlier this year led a request for proposal process to identify a development partner. The YMCA has since finalized a non-binding letter of intent with Giarratana Development to pursue redevelopment of the 0.90-acre site.

Giarratana Development will buy some land from the YMCA to accommodate the residential tower component. Terms are not being disclosed.

“Our Church Street location sits in the heart of the downtown neighborhood, and we are thrilled to announce bold plans to continue meeting the needs of our growing urban community by developing a superb new facility,” Chris Tointon, president and CEO of the YMCA of Middle Tennessee, said in the release.

Tointon, who recently succeeded now-retired Dan Dummermuth as CEO, said continuing the nonprofit’s progress toward finalizing the project with Giarratana Development was one of his first priorities when he arrived in Nashville in August.

“The redevelopment of the Y campus is truly a unique, private-nonprofit partnership that will allow our YMCA to significantly elevate our many offerings and leverage the value of an underutilized portion of our property,” he said. “As a result, we can reimagine and reinvigorate our downtown YMCA in a manner that might otherwise be cost prohibitive.”

The YMCA is located adjacent to the unfolding Nashville Yards, future home of the Amazon Center for Operational Excellence. Nearby is mixed-used development Capitol View. Of note, Giarratana Development is underway with two residential towers — Alcove and Prime — located within one block of its future skyscraper (read here).

Giarratana Development has been developing on Church Street since unveiling mixed-use high-rise building The Cumberland in 2000. The company operates its offices on the street, with its work also having included Bennie Dillon (an adaptive reuse project), mixed-use tower Viridian and the 45-story 505, which opened in 2018 and, at 535 feet, is the tallest occupied building in Tennessee.

Of note, Giarratana Development is planning a 600-foot tower for the SoBro roundabout (read here), also being designed by Goettsch Partners.

“The new YMCA will be a perfect complement to the growing downtown community which we have cultivated since the mid-1990s with focus on fulfilling the untapped and unexpected potential of urban Nashville,” Giarratana said. “When we first presented 505 at 60 stories, it was approved by our city but capital markets questioned if Nashville was ready for true vertical living at that height. Given 505’s overwhelming success, the market today demands another stunning tower, which we are excited to create alongside this dynamic new YMCA.”

Morgan Stengel, vice president of development for Giarratana, said the project will be “central to fulfilling” the YMCA’s long-term mission, including the importance of having a downtown Nashville presence.