The suit was filed Tuesday in Davidson County Chancery Court against developer Rutledge Development, R.G. Anderson Company and the individuals behind the development. Representatives for both the condo association and the developer declined to comment.

The condo owners say they were misled by the developers, who promised a high-end restaurant in the building and full-time concierge service. The development team also underestimated the monthly fees that would be required of future condo owners, according to the suit.

The commercial space in the building remains vacant, though it was at one time supposed to offer high-end restaurant The Rutledge. That deal apparently fell through, and the restaurant is set to open in the under-development Four Seasons. The condo owners allege that the developer “altered the design and build-out of the commercial space in such a way that it was no longer suitable for The Rutledge (and perhaps any other full-service restaurant).”

The complaint also alleges that the developer improperly established the condo association by retaining control of the board after the legally required handover date.

The owners claim that they “began to observe numerous design and construction defects soon after taking possession of their units” — issues they say have lowered the value of their residences and reduced the quality of life at the building, home to 71 condos and completed in 2019. Among the cited concerns: a back-up generator allegedly did not support critical systems during power outages, retained rainwater in roof areas and inadequate security systems.

According to the complaint, the condo association hired engineering firm Thornton Tomasetti Inc. to review the problems. The company’s report identified 97 “serious design and construction defects.”

The plaintiffs are represented by attorneys from Shackelford Bowen McKinley & Norton. 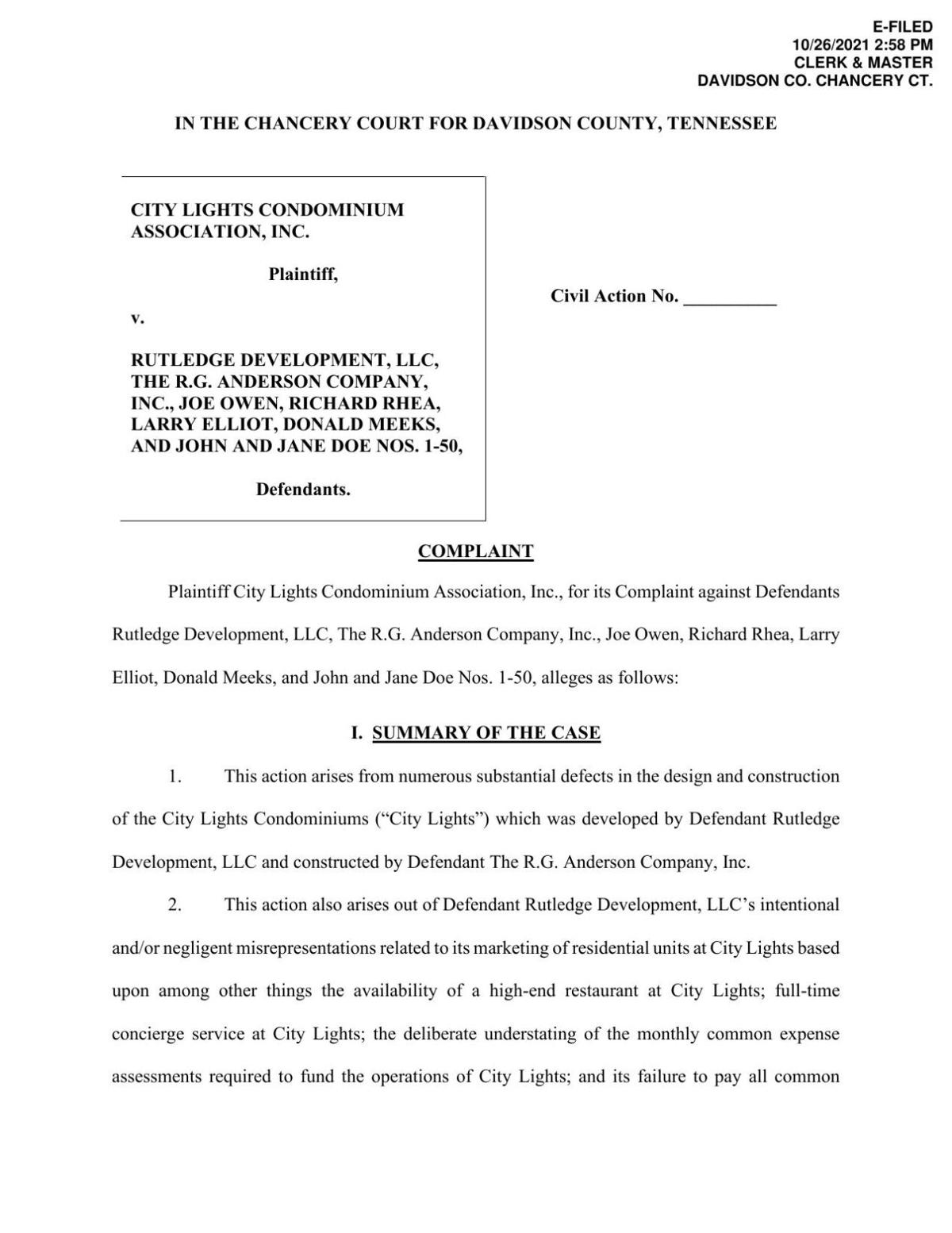