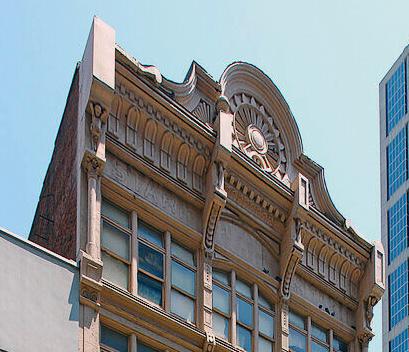 Jarman, the owner of Jarman Development, said he has hired the Nashville office of STG Architects to handle the reimagination of what originally was constructed to accommodate a piano company.

“We are dedicated to preserving the original architecture, protecting the history of this beautiful building while restoring features of the historic fabric that have been lost over time,” he said.

Believed to have opened in 1889 and featuring a Queen Anne design, the building ranks among Nashville’s oldest. The architect is unknown.

“The main reason I bought the property is the beautiful façade,” Jarman said, adding that Pinnacle Bank (Wes Payne) provided financing for the purchase. The bank will also provide a construction loan.

Jarman said a six- to 12-month construction timetable is eyed, with on-site work to stabilize the building underway. He declined to disclose the cost he plans to spend to upgrade.

Jarman has hired Mike Baggett and Tony Vaughn with the local office of Toronto-based Colliers International to assist in the marketing of the first floor space.

According to the National Park Service, the original occupant of the building was the Jesse French Piano & Organ Company. The building’s façade offers an oversized decorative parapet that includes a central sunburst motif and a cornice that is embellished with dentils. The remains of the words “Starr Piano Starr” are evident.

Of note, the seller in the recent transaction, an individual, paid $200,000 for the building in 1996, according to Metro records.