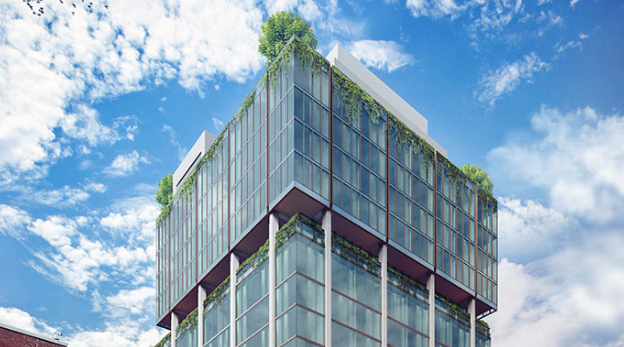 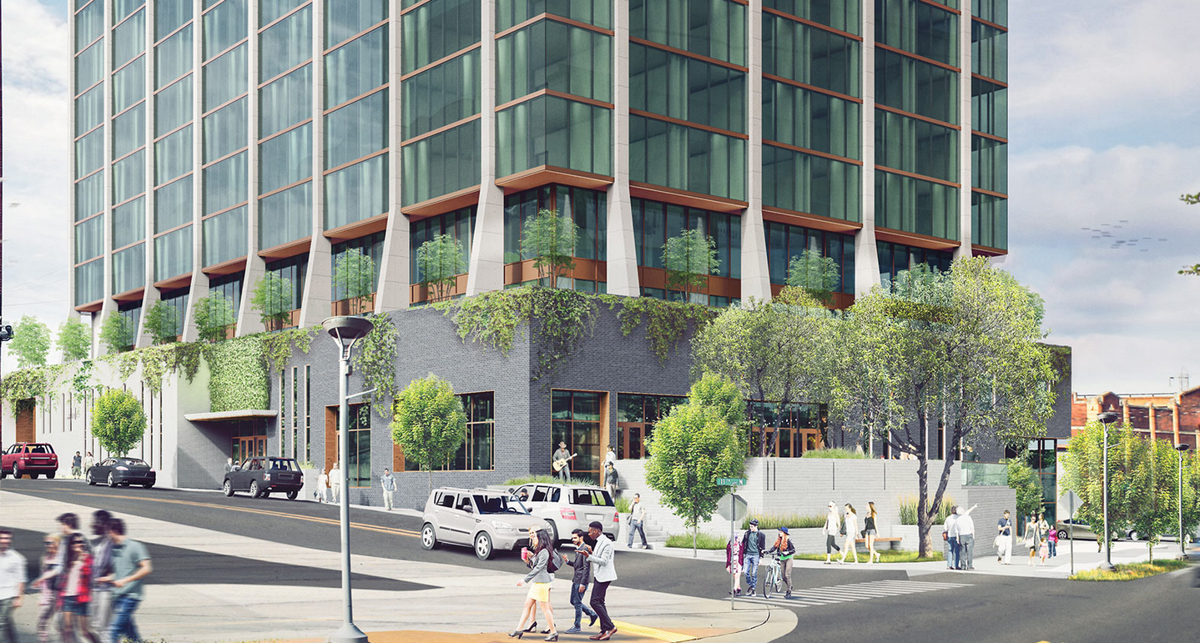 The construction start of a high-end Edition boutique hotel slated for the North Gulch has taken a step forward with the application for a foundation permit.

The Metro Codes Department document notes the hotel, to be located at 1101 Grundy St., will offer 282 rooms within a 17-story building (pictured).

In July 2019, Marriott, Ian Schrager Co. and New York-based development firm Flank announced details of the planned luxury hotel, with work later seemingly put on hold due to the pandemic.

Edition, a Marriott International Inc. brand with a global presence, was created by entrepreneur, hotelier and former Studio 54 co-founder Ian Schrager. According to a release from 2019, Edition (stylized as “EDITION”) will offer five food and beverage outlets: a restaurant, a lobby bar, a swimming pool bar, a rooftop bar and terrace, and an entertainment venue.

The hotel will also feature a wellness floor with a spa, a fitness center and an outdoor pool. At basement level, the building will include a 8,900-square-foot food hall. The release does not note the average price for a room.

Marriott offers an Edition portfolio of nine operational hotels and 15 under development. Many of the hotels are five-star designated.

Originally, the building was proposed at 20 stories but will now stand 17 floors.

Flank’s team includes Nashville-based architectural firm ESa. For the project, Flank purchased various parcels (still needing consolidation, according to the permit) in November 2018 for $4.75 million, according to Metro records.

Details continue to emerge for the tower Brentwood-based GBT Realty is planning for the Elliston Place and West End Avenue split.

Recently, and citing a document filed with the Metro Planning Department, the Post reported the future high-rise is slated to stand 27 floors — potentially making it an iconic structure for the city’s West End corridor.

According to a traffic study GBT shared with Metro officials, the proposed building will include approximately 320 multifamily units, 31,500 square feet of retail space, and restaurant spaces of 7,500 square feet and 5,540 square feet.

A document recently filed with the Metro Planning Department shows that Nashville-based Gresham Smith will design the future tower. The main address is 2416 West End Ave.

The art deco structure now at that address — sometimes called the Firestone Building — accommodates a Smoothie King and was previously home to a Rite Aid. GBT paid $8.1 million for the property last December. The company's proposed project also will include the properties home to Rotier’s (which has closed), Emma’s Flowers and Gifts (which is closing) and Gyros Kitchen Greek cafe & Taverna. GBT has those properties, which collectively span 0.87 acres, under contract.

The document notes the tower, if Metro approves, could rise up to 370 feet, a height that would make it the tallest building in Nashville located west of 21st Avenue. For comparison, the Gothic collegiate high-rise nearing completion on the Vanderbilt University campus stands about 300 feet.

The future project, as GBT envisions, would include a small green space at the split, some below-grade parking and vehicular access via a new two-way street connecting Elliston and West End on the east side of the footprint.

GBT will go before the Metro Planning Commission in July to request specific plan zoning for the land, which is currently zoned commercial. The property sits within Metro Councilmember Brandon Taylor’s District 21.