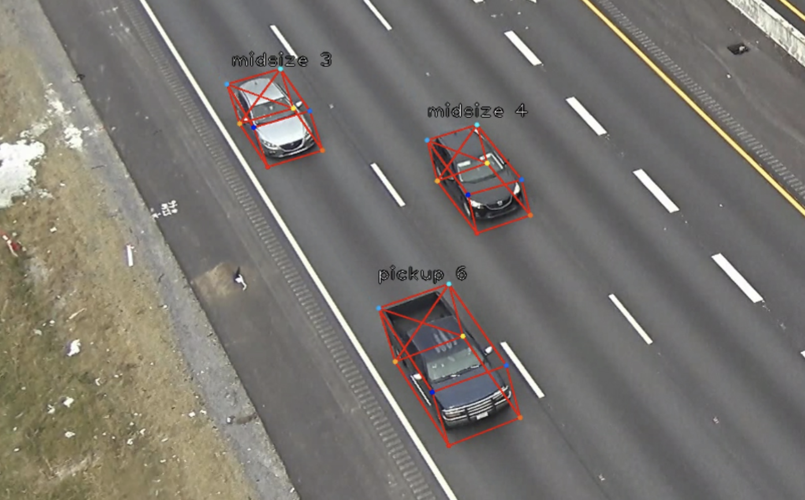 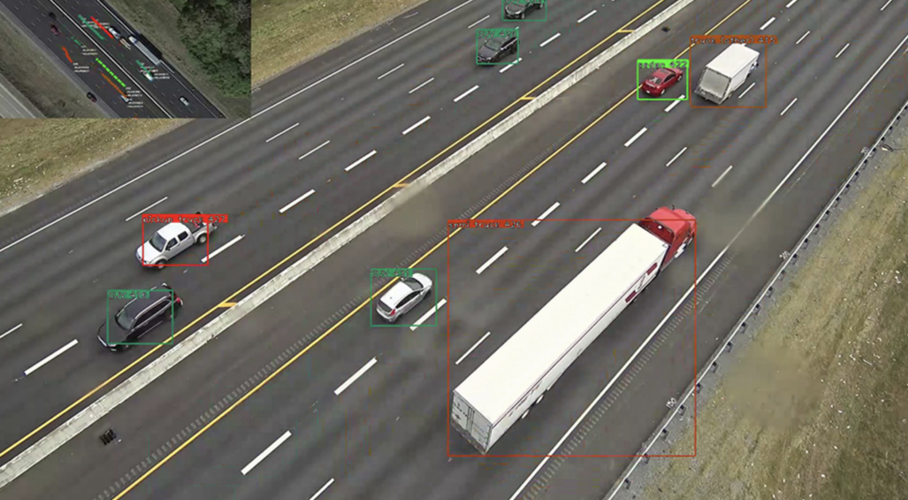 A new traffic management system for Interstates 24 and 40 paints a futuristic picture of Nashville embracing its emergence as a tech hub with interstate traffic that runs on data at least as much as it runs on gas.

The new system is the intersection of at least four supplementary yet separate projects: I-24 MOTION, the I-24 Smart Corridor, I-40 Smart Fiber and Congestion Impacts Reduction via CAV-in-the-loop Lagrangian Energy Smoothing — the latter called CIRCLES. The first, a Vanderbilt University venture projected to become fully operational by next summer, commenced installation this summer. Its first users will be the CIRCLES Consortium, a research body jointly funded by the U.S. Department of Energy and the National Science Foundation. The U.S. Department of Transportation, the Tennessee Department of Transportation and the Federal Highway Administration all contribute funding and logistical support to I-24 MOTION.

“I-24 MOTION allows us to understand how automated vehicles interact with non-automated ones so that we can design them to be more efficient at helping smooth traffic flow,” said Dan Work, an associate professor of civil and environmental engineering at Vanderbilt. “In our research, we are helping to design better vehicle automation features that can help improve overall traffic flow.”

I-24 MOTION is a joint project between Vanderbilt and TDOT called Mobility Technology Interstate Observation Network, facilitated by Nashville-based Gresham Smith, an engineering firm currently designing the future Broadway bridge — the busiest viaduct in Nashville. The project will see the installation of more than 300 Ultra-HD cameras to monitor the driving behaviors of all vehicles on a six-mile segment of I-24 that stretches from its Bell Road exit to the Old Hickory Boulevard exit and from there to Waldron Road. The 4K cameras — mounted on steel, roadside poles tall enough to ensure large vehicles do not eclipse smaller vehicles from view — will transmit feeds across a fiber-optic network for custom, artificial intelligence trajectory algorithms to process the vehicle positions in each frame.

The AI processes vehicle positions at 30 measurements per second and performs 3D image processing to maximize the accuracy thereof. This makes for a first-in-kind study that has yet to be executed anywhere in the U.S., according to officials, and will inform public- and private-sector understanding of how automated vehicle behaviors relate to those of non-automated vehicles. Nine of the 10 best-selling cars in the U.S. this year have automated features like adaptive cruise control as an either optional or standard feature, and Work contends this shows that automation will continue to become an increasingly significant factor in traffic flow.

The most cutting-edge traffic flow research to date is to be conducted by CIRCLES, a collaborative effort drawing experts from Arizona University, General Motors, Rutgers University, Temple University, Toyota, University of California-Berkeley and Vanderbilt. Capitalizing on both MOTION and Smart Corridor smart infrastructure, CIRCLES aims to refine the art of traffic smoothing by attacking a phenomenon called phantom traffic jams, which are a product of humans’ inability to synchronize their driving habits. It is based on work already supported by the Cyber Physical Systems program at the National Science Foundation and the Office of Energy Efficiency and Renewable Energy at the U.S. Energy Department.

“Cars with traffic smoothing adaptive cruise control […] systems can help reduce the occurrence and severity of these jams,” Work added. CIRCLES and MOTION are collaboratively “deploying smart ACC-equipped vehicles on a stretch of I-24 that is with the Smart Corridor Project to measure the real-world jam fighting potential of these technologies.”

The I-24 Smart Corridor will supplement MOTION with technologies that support congestion management strategies on whose rudimentary concepts CIRCLES’s research is meant to expound. The TDOT project involves 83 arterial street traffic signal upgrades that are already complete with new controls and timings and 19 roadside dynamic message boards that are similarly active already.

Smart Corridor, however, will add another 105 roadway sensor systems to MOTION along with TDOT’s 152 now established connected vehicle roadside units. The latter are radios that transmit data to and receive it from vehicles equipped with technology that enables TDOT to “push” important traveler alerts to drivers and collect critical safety data in exchange. The project in progress also involves the designing of ramp metering at the on-ramps.

These projects come as I-40 Smart Fiber is already underway to retrofit a much larger stretch of highway with the same Smart Corridor technologies from Nashville to Memphis.

The systems deployed in the Smart Fiber, Smart Corridor and MOTION projects “will be integrated into the TDOT SmartWay system and be used to support the safe and efficient movement of traffic,” according to Brad Freeze, director of TDOT's traffic operations division. “While these projects are not directly linked, the devices being [deployed] will be part of the same traffic management system.”

Smart Fiber is coordinated with Nashville Department of Transportation’s proposed and budgeted Jefferson Street Multimodal Cap and Connector operation, which will tunnel I-40 beneath a 3.4-acre land bridge connecting the Dr. D.B. Todd Jr. Bridge to 16th Avenue North along the segment of Jefferson that features Fisk University and Meharry Medical College.

Relatedly, the modus operandi of Gresham Smith’s so-called “accelerated bridge construction” techniques — used to spearhead TDOT’s $62 million 2015 “Fast Fix 8” omnibus project that rehabilitated eight I-40 bridges — are similar to the roadside installation of the aforementioned poles. The firm will install the poles, design and establish the cabinets in which the cameras will sit, and create the fiber connections.