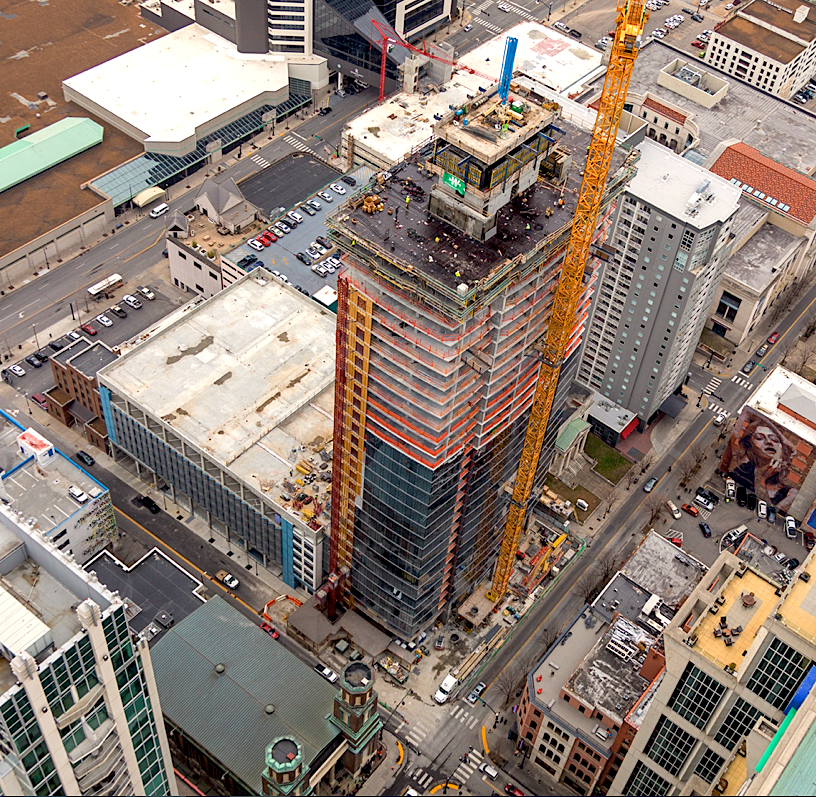 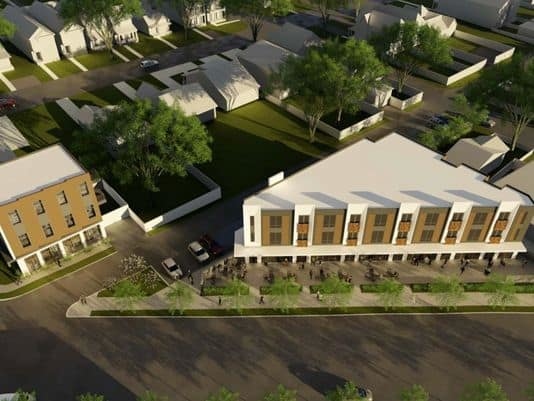 Project proposed for The Nations

Project proposed for The Nations

Mixed-use tower 505 — rising within the heart of downtown’s central business district — will be open to its first residents in October.

Also, the Metro Development and Housing Agency Design Review Committee Tuesday morning unanimously approved an exterior change to the design of 505, according to developer Giarratana Nashville.

"We were not satisfied with the typical mechanical screen wall on the roof of the building," Tony Giarratana, Giarratana Nashville president, said in the release. "While costly, we felt 505 deserved a much more elegant solution. Essentially, we extended the window wall up 20 feet to clean-up the building top."

According to a release, all units and amenities for what will be Nashville’s tallest residential building (at about 545 feet) are planned for completion by January 2018, according to developer Giarratana Nashville.

Relatedly, the final crane elevation will take place March 4-5. At that point, the crane will rise from approximately 500 feet to 600 feet.

The building will have an address of 505 Church St.

To celebrate the final pour of the top floor, the 505 team will host a “topping out” ceremony Thursday, May 18, on the plaza in front of Fifth Third Center. The ceremony will take place at 10 a.m. and will be open to the public, according to the release.

“While the construction of 505 has been complicated and has moved at an incredibly fast pace, safety has been and continues to be a top priority,” Giarratana said in the release. “This project has gone incredibly smoothly, and I’m very proud of the work of our team.”

According to the release, the speed at which 505 is being constructed is unprecedented in the Nashville market. The technology being used allows for one floor to be completed every four business days. Deck framing occurs on day one; rebar, electrical work and plumbing are added on day two; core walls and stairs are poured on day three; and floors are poured on day four. A complete concrete floor pour can be completed within five hours.

The size and scope of 505 is highly unusual for Nashville, the release notes. If laid on its side, the overall building footprint would consume more than 15 acres; but with its vertical orientation, 505 takes up less than a half-acre of real estate. The attached amenity deck is another three-quarters of an acre, and it is located on top of an MDHA-owned parking garage.

Work will soon be underway on an expansion of the Gulch building home to Peg Leg Porker.

Carey Bringle, who owns both the property and the business, has landed a permit valued at about $1.11 million for the effort.

The project will yield a second floor for the bar-b-cue restaurant building. The addition will offer customer seating, offices and a ground-level commissary kitchen.

The property is located at 903 Gleaves St.

The Nations could land mixed-use project

Nashville-based developer Nathan Weinberg and a group of business partner are eyeing a June start on two buildings for a site in The Nations that was once home to the building accommodating sports bar Johnny's Tavern.

According to The Tennessean, the mixed-use project is being called Boomberang and will have an address of 5403 Centennial Blvd. The site is located across Centennial from the37.7-acre site on which locally based real estate and design firm Southeast Venture is targeting its mixed-used Silo Bend project.

Weinberg and partners have created Centennial Partners V LLC for the project, the morning daily reports.

The buildings will offer residential and retail spaces.

(Click on the above photo to see an image courtesy of Nashville-based Building Ideas.)