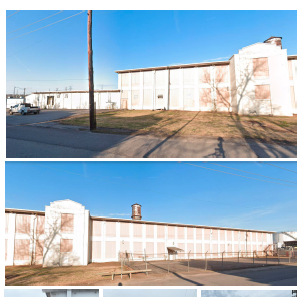 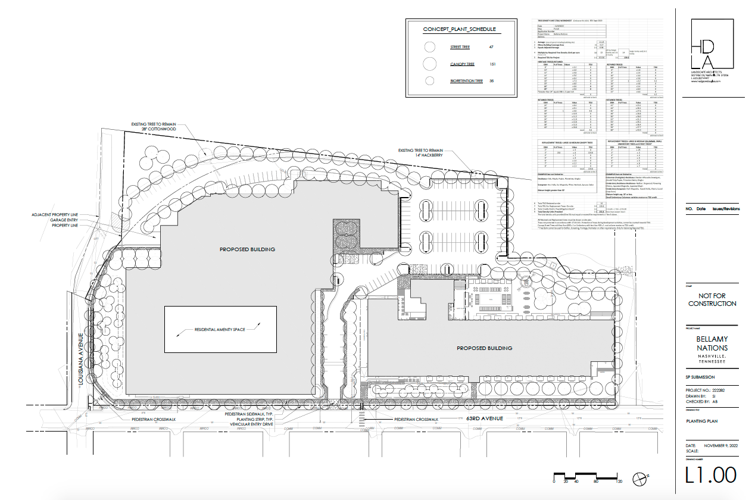 Details are emerging for a mixed-use project Nashville-based developer Nathan Lyons plans for an industrial property located in The Nations and once home to Genesco.

According to a document submitted to the Metro Planning Department, the West Nashville development will include updates to the site’s main existing building and the addition of a five-floor residential structure (for which will require the razing of two buildings).

Lyons declined to comment regarding details. However, images in the document suggest the existing building could offer up to seven retail/ restaurant spaces and, potentially, some offices for creative companies. A swimming pool is shown in one image, as is the site's existing water tower (which seemingly will be retained). The residential building would sit to the immediate south of the standing structure.

The team will go before the Metro Planning Commission on Jan. 12 to request a final site plan approval that will allow for the effort.

Via Vintage South Development, Lyons specializes in reinventing existing industrial buildings with retail, restaurant, residential and creative office spaces and is perhaps best known for Stocking 51, which he sold in May for $58 million (read here).

Lyons’ current efforts include Breeze Block, located at 6100 Robertson Ave. in Charlotte Park. For that project, he is updating an existing brick warehouse with commercial space and supplementing it with townhomes. The warehouse had been home to Proctor Marble and Granite, a tile contractor.

Also, and in The Nations, Vintage South Development is undertaking Stateline at 5300 Centennial Blvd.

My job with the Post has evolved since October 2000, when I began work with The City Paper. In 2008, both publications became aligned via former owner SouthComm Inc. I have served as Post managing editor since 2011.