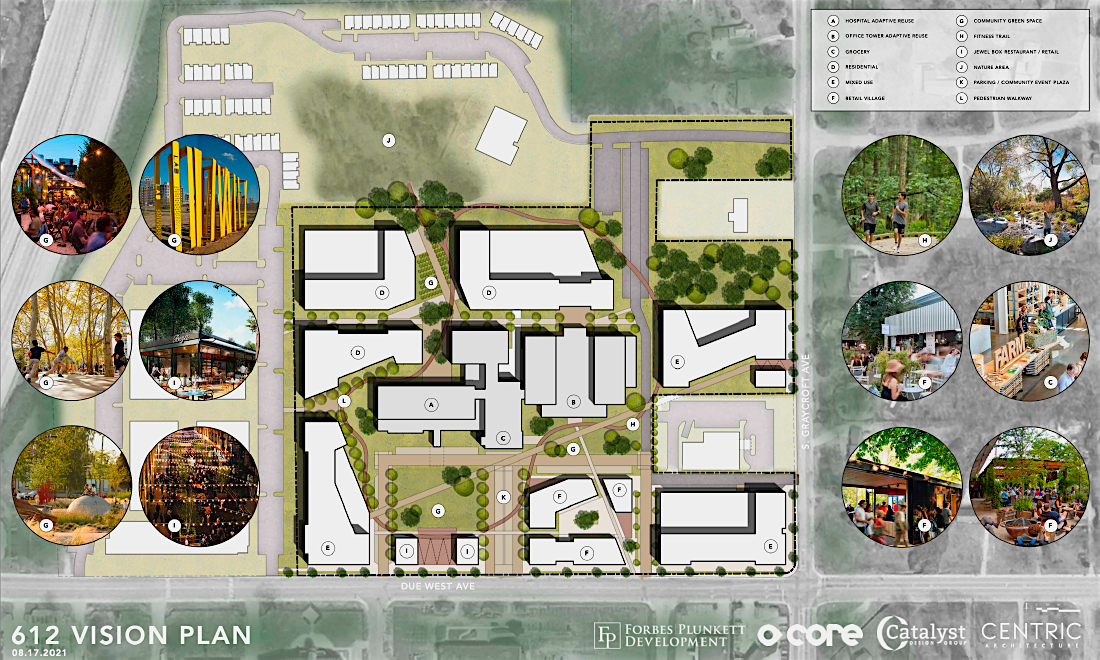 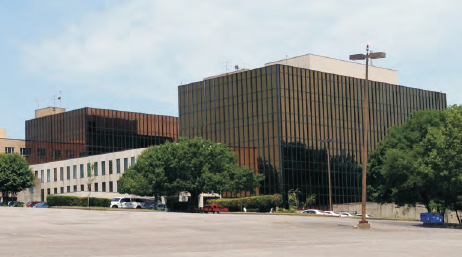 A mixed-use development is being eyed for 18 acres of Madison property once home to Nashville Memorial Hospital.

With an as-yet-to-be-finalized name, the development is expected to include multiple buildings and have a main address of 612 W. Due West Ave. It will be accessed by a future transit line in Metro’s WeGo plans, and the bus line will use Due West by connecting with both Dickerson and Gallatin pikes.

Forbes Plunkett Development and Core, both locally based, will co-develop the site, with the project to incorporate the property’s main former hospital building and two former office structures. Forbes Plunkett and Core have enlisted Centric Architecture and Catalyst Design Group for land planning and engineering work.

Veteran local real estate investor Charles Jones — who adaptively reused the former Saint Bernard Convent Place near Hillsboro Village and who once owned what is now known as Werthan Lofts in Germantown — owns the property. Forbes Plunkett and Core have it under contract.

"The purpose of the project is to create an 18-acre ‘urban-meets-suburban district’ that includes an emphasis on arts, music, food, commerce, social enterprise and mixed-income housing,” Forbes Plunkett and Core said in a joint statement. “The investment strategy hinges on a collaborative, comprehensive and creative master plan to achieve our vision. This plan will serve as a template for a longer-term, multi-phased buildout of the parcel. We are excited about the opportunity to provide a vibrant and interesting transit stop."

Renderings of some of the plans are expected to be released in about 60 days, according to Brandon Plunkett, co-owner of Forbes Plunkett. Mark Deutschmann and Andrew Beaird oversee Core.

“I am happy that all feedback from the last six years we have been discussing this blighted parcel has been incorporated,” VanReece said. “Like the Madison Square project and other historic landmarks, I filed this application myself to be sure that the vast input I was given over these several years was given the opportunity to happen. The citizens deserve ‘skin in the game’ on this important project.”