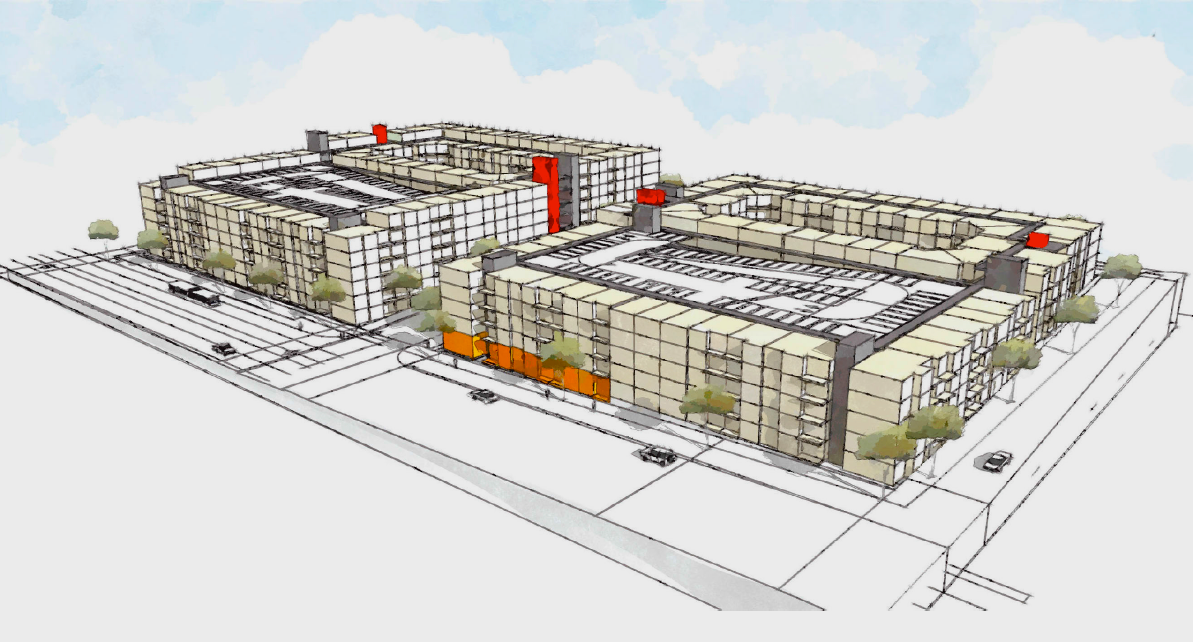 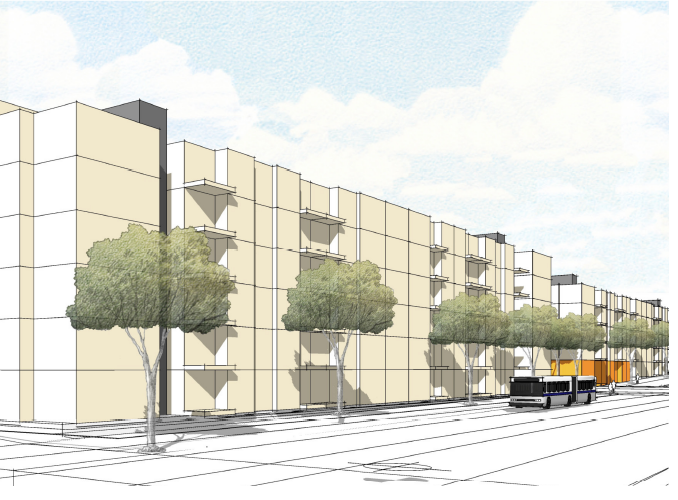 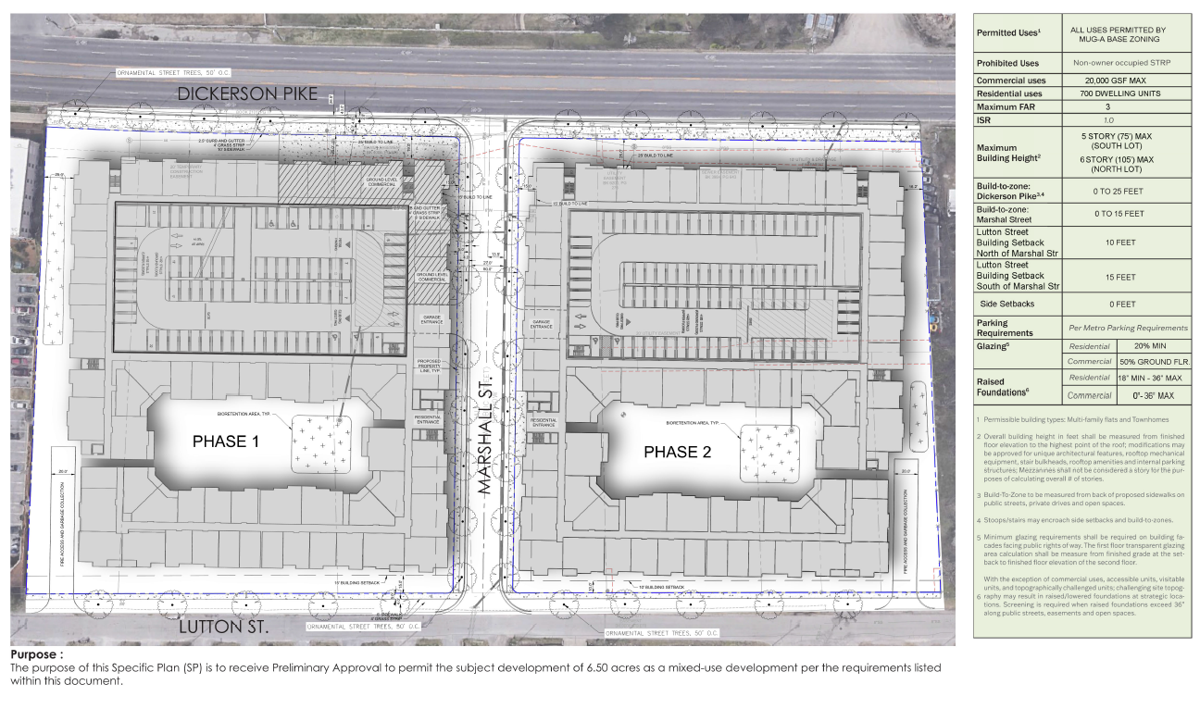 A nine-parcel property located in East Nashville and adjacent to Metro-owned apartment building Uptown Flats is being eyed for a mixed-use development.

Located within the Highland Heights neighborhood, the 6.43-acre property has addresses of 1505-1603 Dickerson Pike.

According to a document submitted to the Metro Planning Department, New Orleans-based Key Real Estate will serve as developer.

The document notes what is currently called 1505 Dickerson Pike will offer a collective 700 residential units and 20,000 square feet of commercial space. The project will involve two buildings, one of no more than five floors and the other topping out at no more than six levels.

Key has enlisted Dallas-based Humphreys and Partners for design work and the local office of Raleigh-based Kimley-Horn for engineering and land planning. The team will go before the Metro Planning Department on Thursday, April 22, to seek a rezoning.

Of note, Key is involved with the 805 Lea project nearing completion in SoBro (read more here).

In June 2020, the Post report the property had been offered for sale for an undisclosed asking price (read more here). The site is home to property management company W.C. Company and a mobile home community it oversees.

Tony Ray Clouse owns the property, having paid $120,000 for eight parcels in 1999 and $50,000 for the ninth in 2008, according to Metro records. Clouse owns multiple properties in Davidson County, including three on Gatewood Avenue, the street on which sits the aforementioned Uptown Flats. The Metro Development and Housing Agency owns Uptown Flats, which originally was called Gatewood and was one of the first buildings constructed on Dickerson Pike since the road began garnering attention after the Great Recession ended.

Charlie Gibson, a broker and senior director with the Nashville office of Cushman & Wakefield, is handling the marketing and sale of the property for the owner.