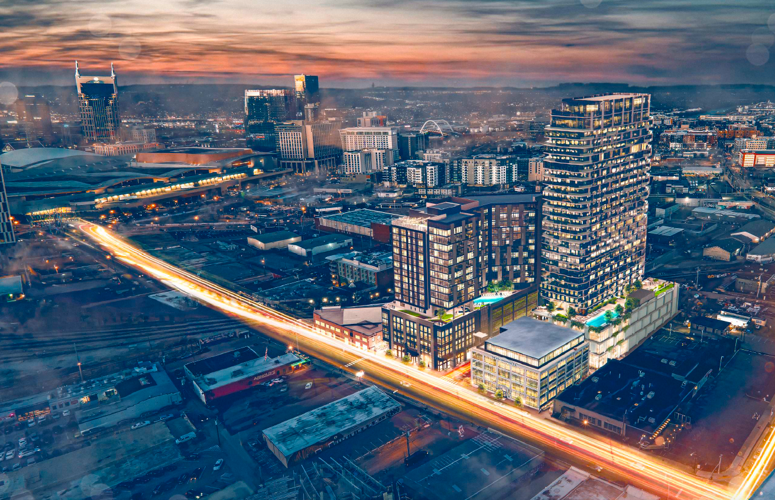 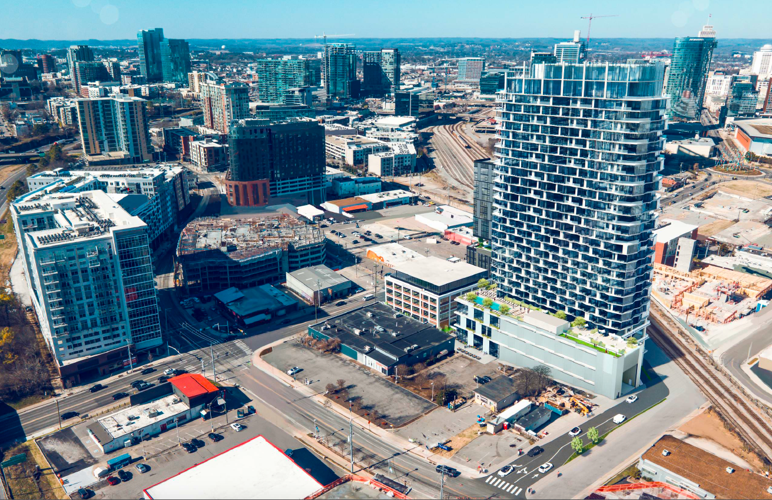 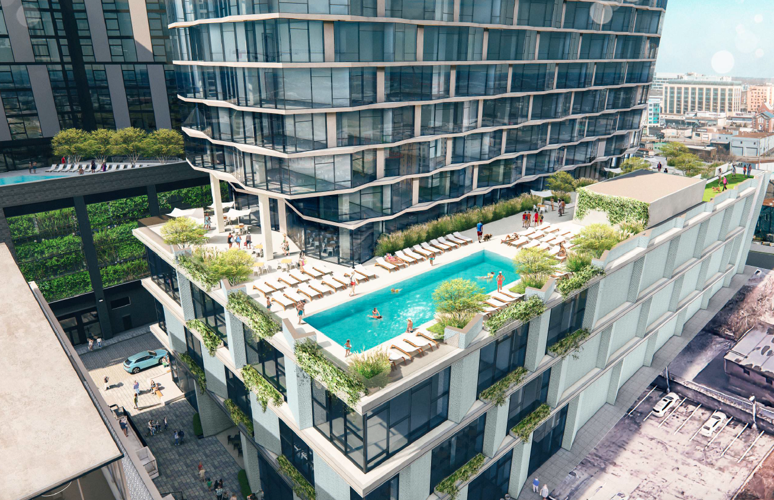 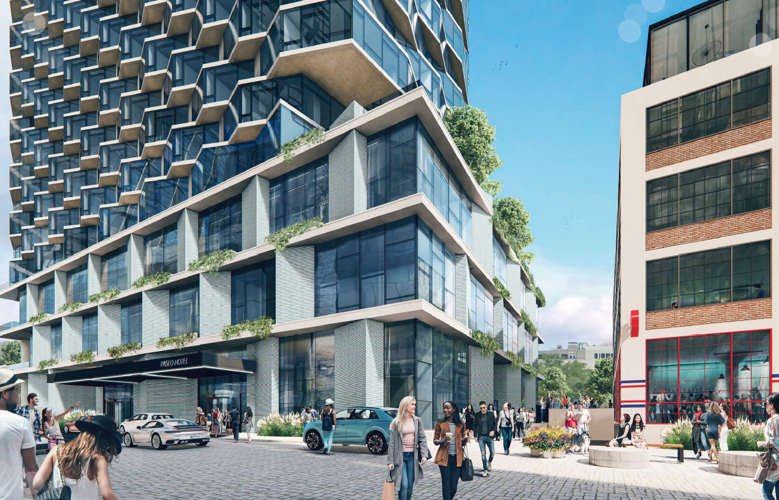 Plans for the second tower of Paseo South Gulch have been altered, with the future 30-story high-rise to feature a hotel component and condominiums.

The update — which will yield a taller building than previously planned and pending Metro approval — comes as full-scale work is underway on the site on the first tower, to be called Prima.

Previously, the second tower (seen in the images here) was designed for 20 stories and to have offered 328 apartments. It will now feature 112 condo units and 183 hotel rooms (on 14 floors). Ground-level retail will be included, as will a fourth-floor and rooftop amenities deck. No hotel brand or name for the tower has yet been announced.

To front Eighth Avenue near the intersection of that street and Division Street, the 16-floor Prima will offer 278 apartment units and 8,000 square feet of ground-floor retail.

The main address of the second tower is 701 Seventh Ave. N.

The two towers will join the existing The Bill Voorhees Company Building and the former industrial structure last home to the Downtown Nashville Antique Mall and now accommodating offices and retail. Prima will be sandwiched by those two older structures, with the future 30-floor tower to sit behind Voorhees.

SomeraRoad, which is co-based in Nashville and New York, owns the property, with a main address of 620 Eighth Ave. S., and is redeveloping. Via an LLC, the company paid $30 million for the property in 2019. Paseo South Gulch sits on a site on which The Gulch and Pie Town overlap.

Construction of Prima is eyed for completion in late 2023. Work on the 30-story tower previously was slated to start by year’s end with a 2024 finish.

Nashville-based ESa is the architect, with Manuel Zeitlin Architects, also locally based, having worked on the master plan for the site. Nashville-based Hawkins Partners is handling landscape architecture work, with the local office of Raleigh-based Kimley-Horn the engineer and land-planner.

The local office of Cushman & Wakefield and Nashville-based Ojas Partners are handling the marketing of the office and retail spaces, respectively.

The team will go before the Metro Planning Commission at some point to request bonus height for the proposed second tower. No date has been finalized.

“To deliver on our aim of establishing Paseo South Gulch as a premier ‘live-work-play-stay’ destination in Nashville, we have submitted a revised design for the second tower at Paseo,” Andrew Donchez, SomeraRoad principal and head of development, emailed the Post. “It features an updated façade design that we believe will be unique and enhance Nashville’s skyline. We look forward to continuing to work with Metro Planning on the project as we build on the momentum of the completion of our historic adaptive reuse buildings and construction of Prima.”

Of note, SomeraRoad in December 2021 paid $38 million for a property adjacent to the Paseo site (read here).