Eight regular season games weren’t enough for the Nashville Predators and Carolina Hurricanes, who play one another starting Monday in a best-of-seven Stanley Cup Playoff series.

Here is what to watch for in the series:

Will the Hurricanes continue to have the Predators’ number, and can Nashville contain Carolina’s offense for seven games?

The Hurricanes simply dominated the Predators in the regular season, and it wasn't even all that close.

Carolina outscored Nashville 23-9 in the first six meetings, scoring three goals or more in every contest. The Hurricanes had a multi-goal scorer in three of those games and a multi-point scorer in four.

The Predators also couldn't figure out the Hurricanes goalie trio of Petr Mrazek, Alex Nedeljkovic and James Reimer, who combined for a 1.99 goals-against average and .930 save percentage.

Carolina seemingly outworked Nashville at every turn, grinding out six straight wins before Nashville countered with a two-game win streak to close out the year, although the final game was more of a glorified scrimmage.

“(Carolina’s success against Nashville) comes down to a couple of things -- their work ethic and their talent,” Smith stated. “Ever since Rob Brind’Amour became their head coach, they became -- I think -- one of the hardest working teams in the league.

“The depth and the secondary scoring has been one of the keys for the Hurricanes this season,” Smith said. “…Players like Nino Niederreiter, Vincent Trochek and Jordan Staal — those three have had big seasons — and Martin Necas has taken a step the Hurricanes organization was hoping to see him take. The Hurricanes are still much more dangerous than just (their top line), and that’s really been one of their strengths this year is their ability to create offense no matter which line is on the ice.”

On paper, Carolina appears to be the better team. But Predators coach John Hynes seemed to finally find a winning formula against Carolina — albeit for only two games. This series could depend on if the games fall in line with the first six regular season meetings -- all Carolina wins — or the final two — both Nashville wins.

Can Juuse Saros steal the series for Nashville?

While Carolina is the heavy favorite — and understandably so — if Nashville has a fighting chance in the series it’ll be because of Juuse Saros.

Since returning from a lower-body injury on March 18, Saros has been arguably the hottest goaltender in the NHL, leading the league in wins (16), and ranking second in save percentage (.941) and fourth in goals-against average (1.90).

In fact, the 26-year-old rebounded from a lackluster start to the season to finish sixth in the NHL in wins (21), fourth in save percentage (.927) and 10th in goals-against average (2.28), among goalies to start 20 or more games.

“Kind of the key to the series for Nashville is the play of Juuse Saros,” Smith stated. “I think if Nashville is going to have a chance in this series, they’re going to need him to continue to play really well.

“The Hurricanes can counter with their goaltending of Petr Mrazek and Alex Nedeljkovic, but I’m not really sure which way they’re going to go to start Game 1. I honestly wouldn’t be surprised if we see both goaltenders because the Hurricanes have used both. But really having to figure out Juuse Saros, that’s going to be the key for the Hurricanes to come away with a victory in the series.”

In the second half of the season, Saros had a save percentage of .900 or better in 19 of his 23 appearances, he allowed more than three goals just three times, and he posted three shutouts. In his last three games against the Hurricanes, he has a .929 save percentage and a 2.32 goals-against average.

Carolina is the top seed, but is Nashville the tougher out?

The Hurricanes, who were among the Central’s elite for the entirety of the year and essentially on cruise control since mid-March, are a team nobody in the division wanted to see come playoff time.

Carolina finished with the second-most points in the NHL (80) and never had a losing streak longer than three games. The Hurricanes finished tied for the fourth-fewest goals allowed per game (2.39) and their offense averaged 3.13 goals per game -- ninth-most in the league.

Meanwhile, it would have been a tough ask to find anyone who believed the Predators would actually make it to the postseason two months ago. The team was 11-16-1 and barely holding off the Detroit Red Wings for last place in the Central Division. Nashville had to scratch and claw its way into the final playoff spot.

However, the Predators will argue that's exactly what makes them dangerous. They’ve been in playoff mode for the better part of eight weeks now, and had to go on a 20-7-1 run over their final 28 games just to make it where they are.

There's almost been this expectation that Predators will come back down to earth at some point; they haven’t. Nashville is tied for the third-most wins (20) and has the third-best points percentage (.732) since March 15.

Every team starts with the same record in the postseason, and this series may be a lot closer than people think.

“Just look at a few years ago when the Tampa Bay Lightning cruised through the regular season and got swept by the Columbus Blue Jackets. The Predators, especially when you look at the way they’ve played since really the beginning of March, they’re battle tested and playoff ready and it’s certainly not going to be an easy series for the Hurricanes.” 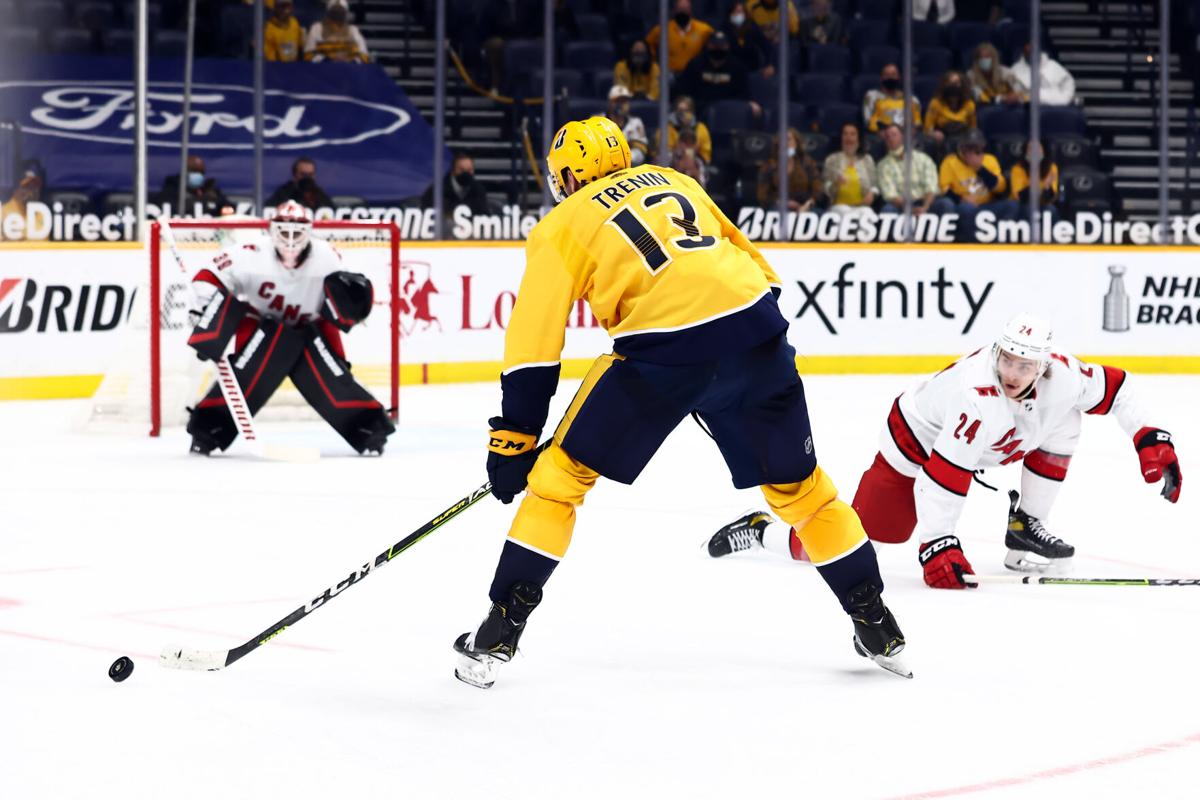 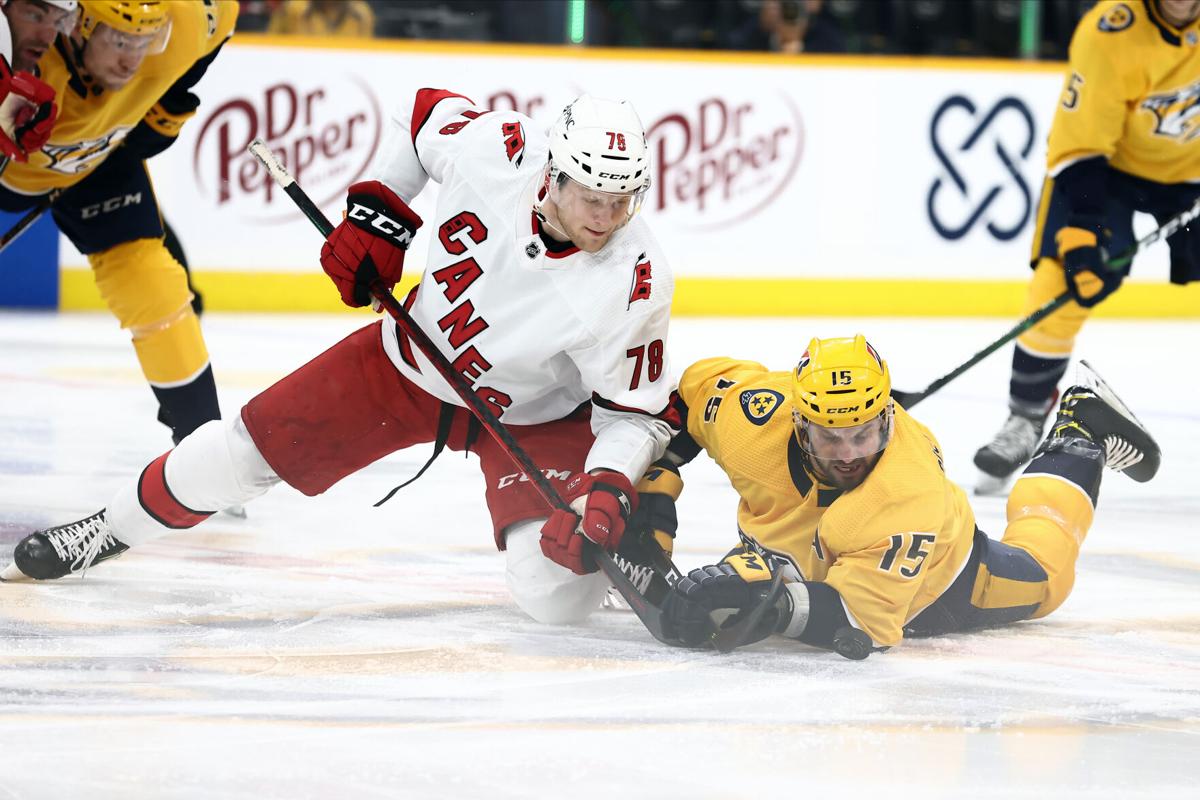 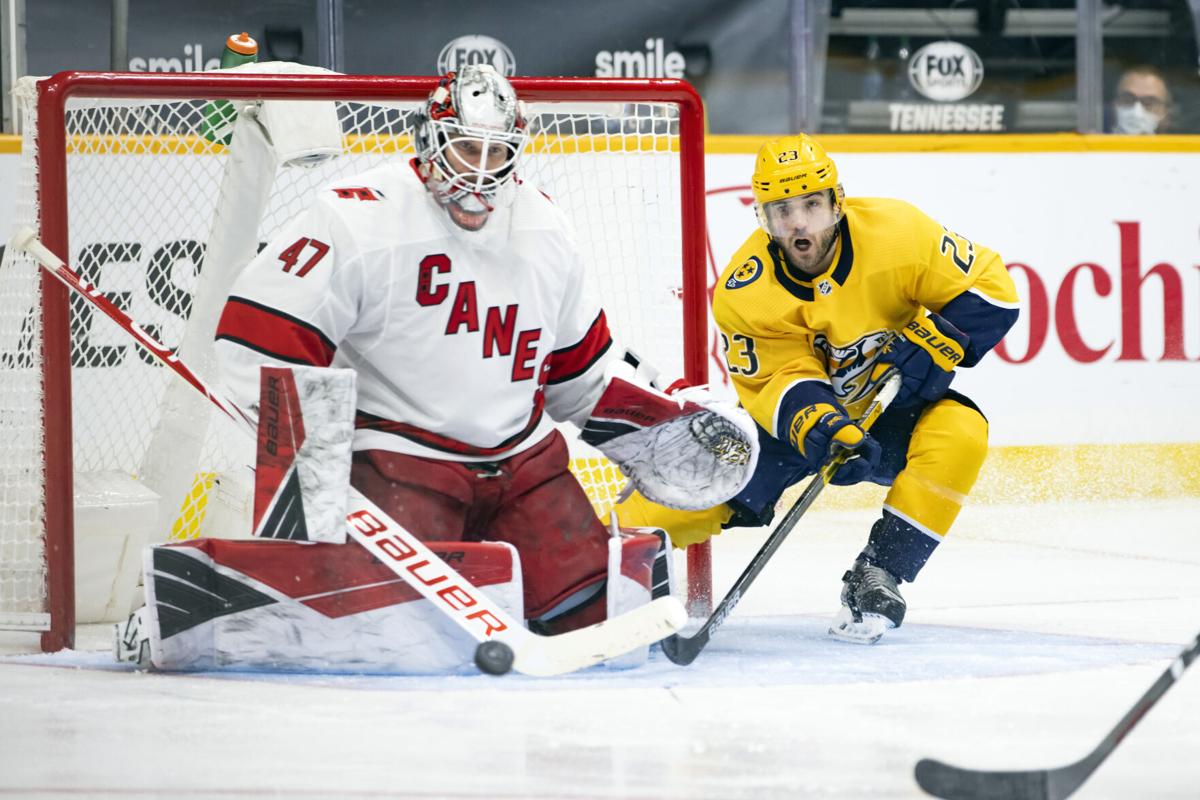 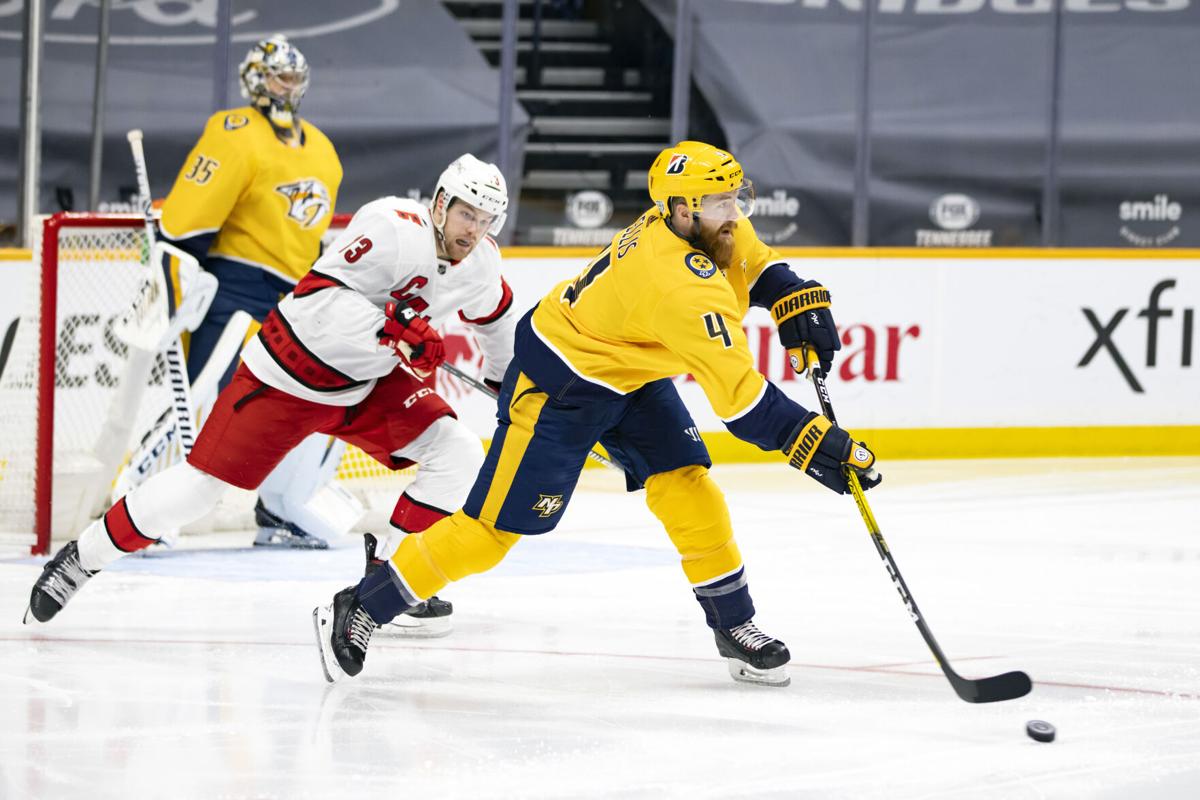 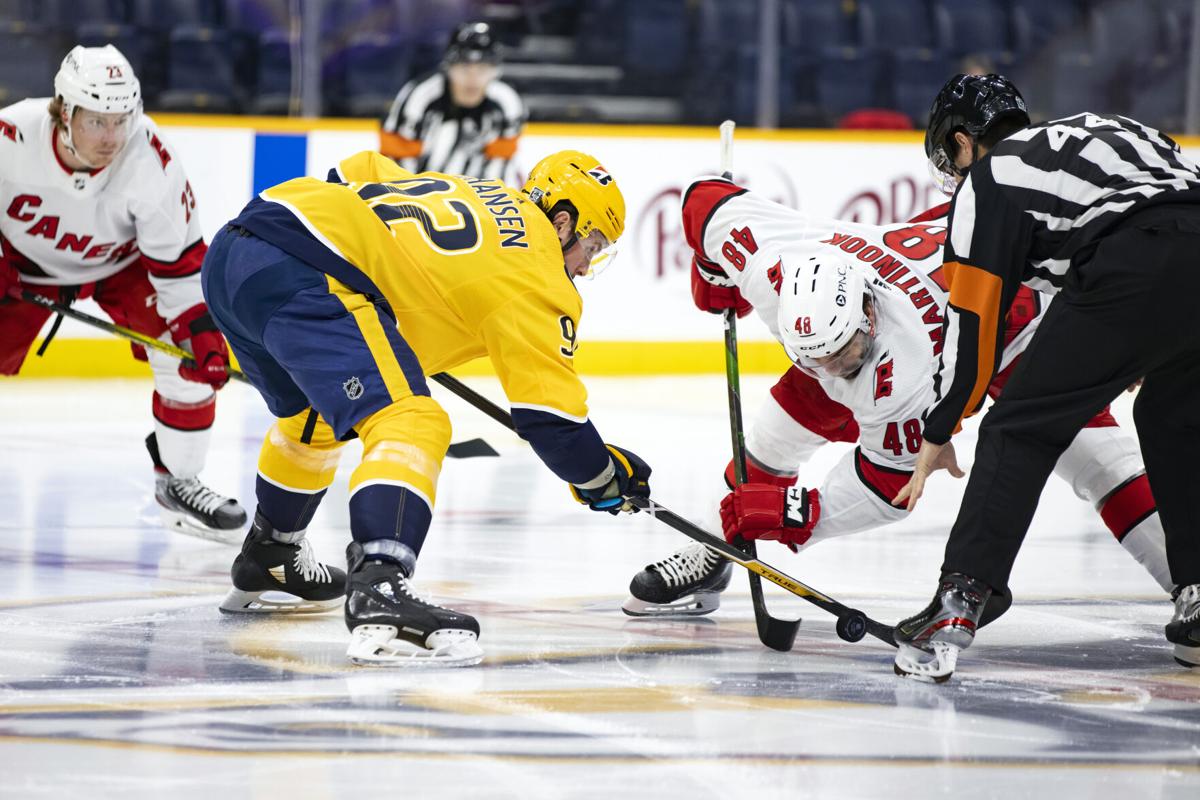 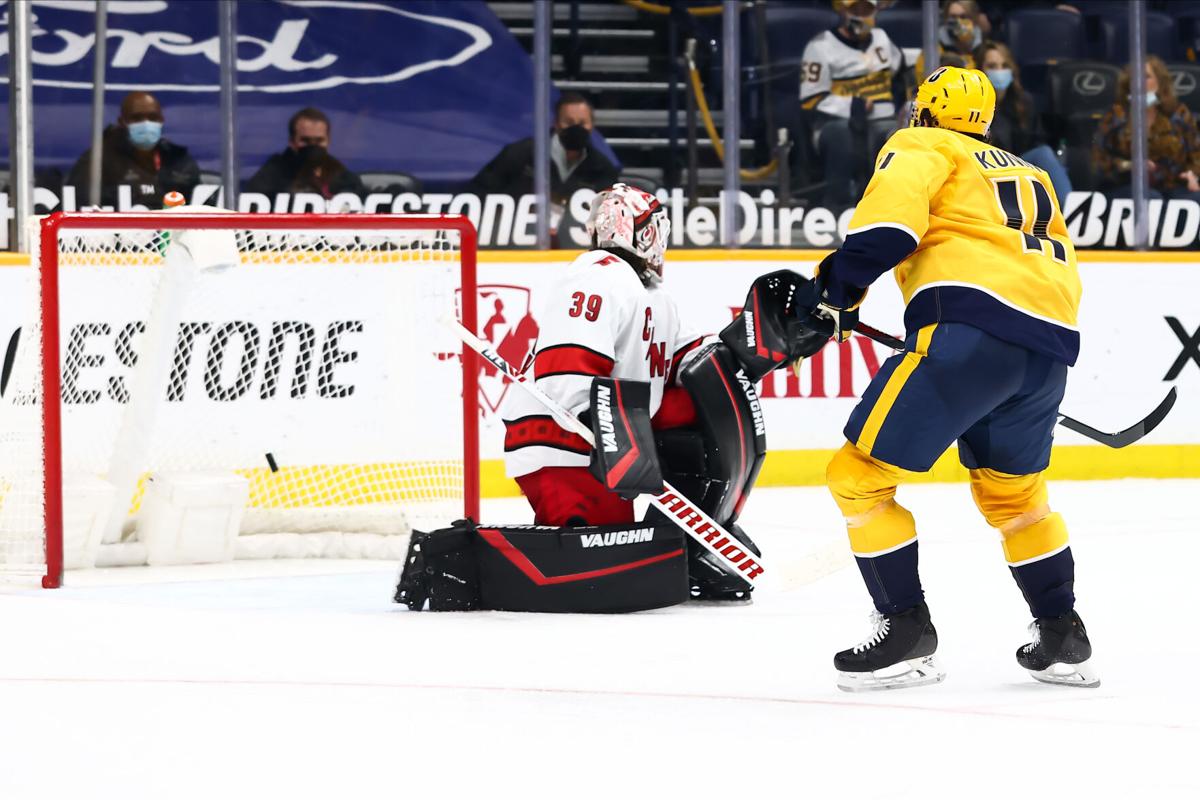 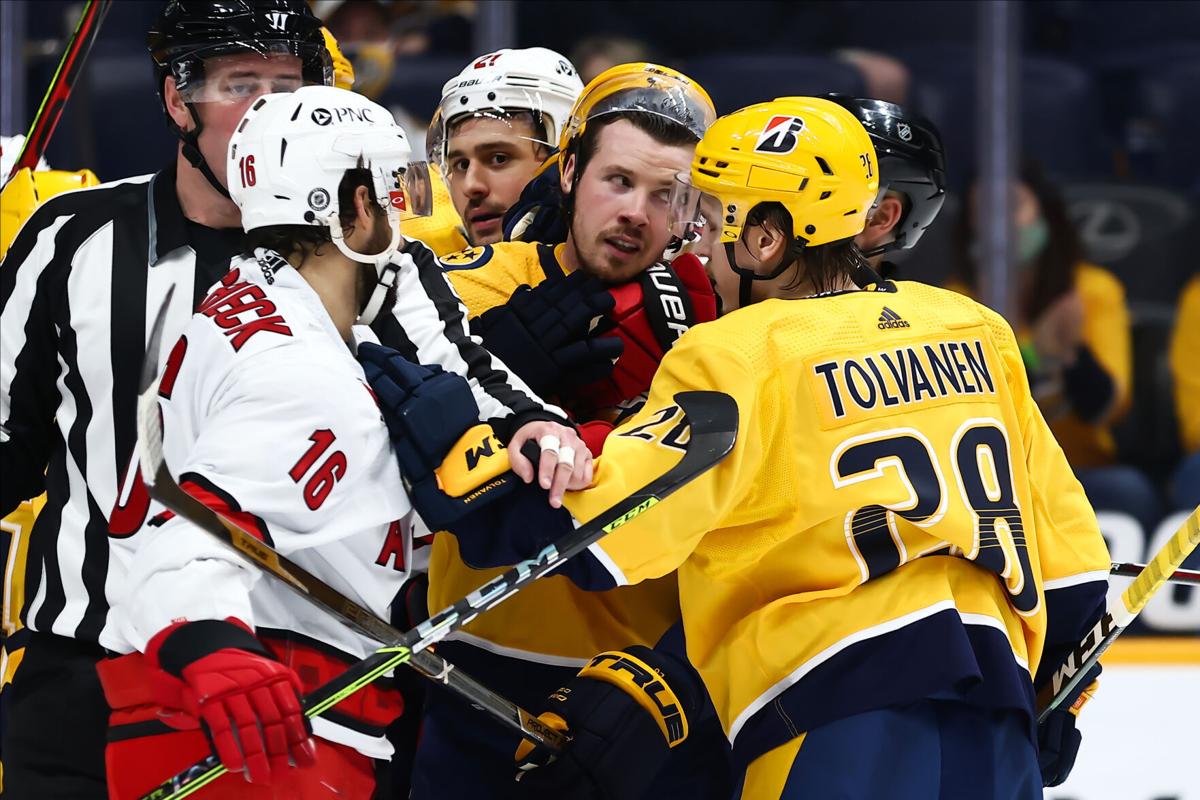 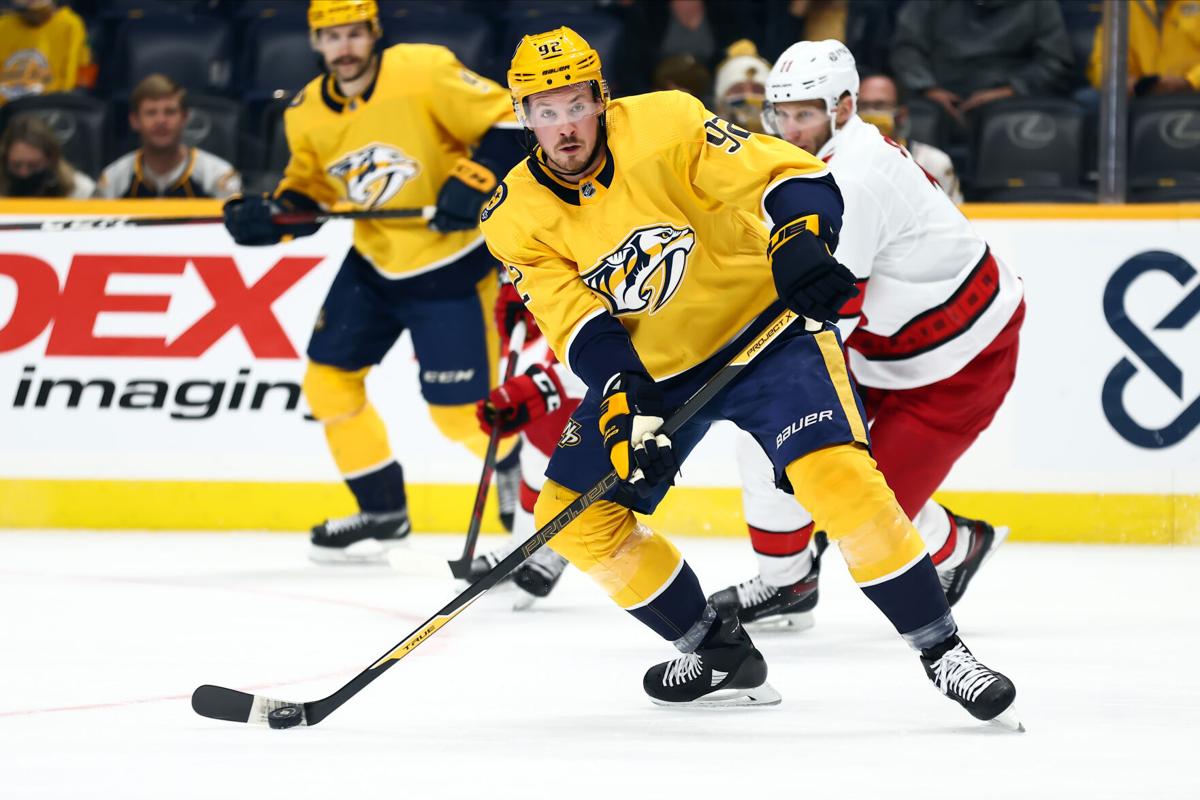 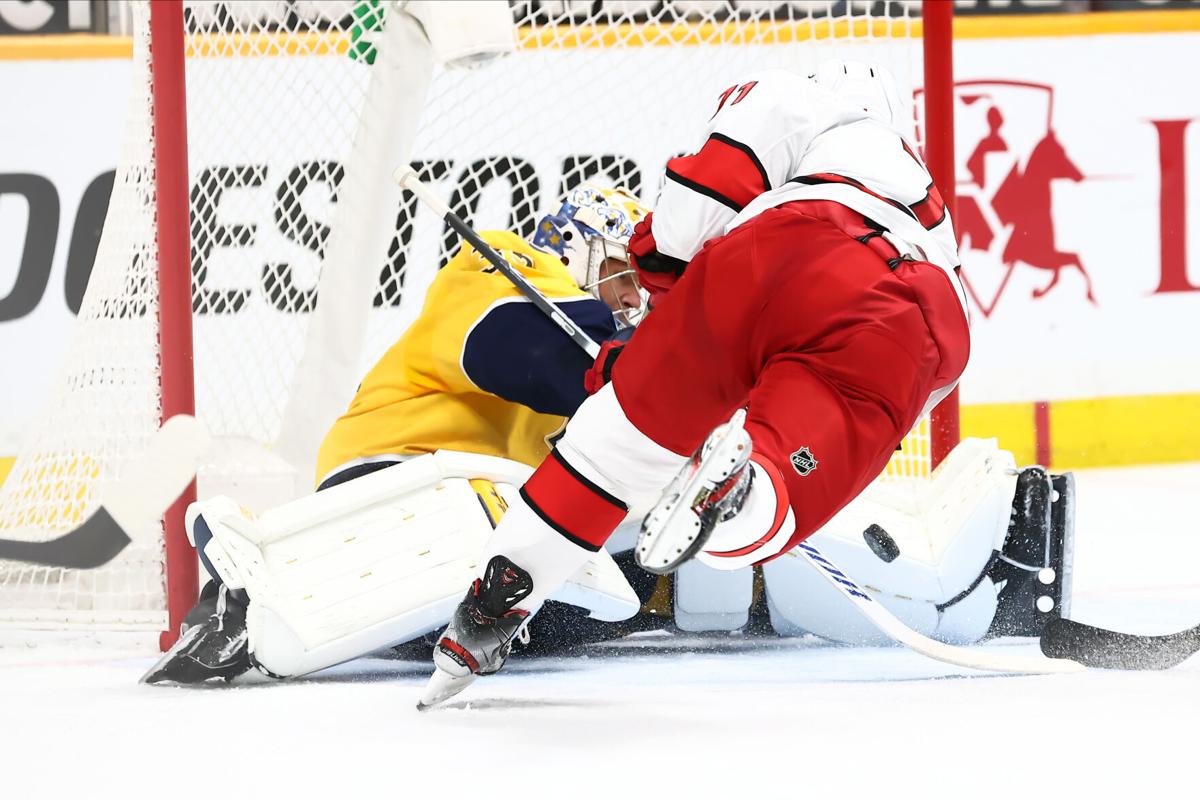 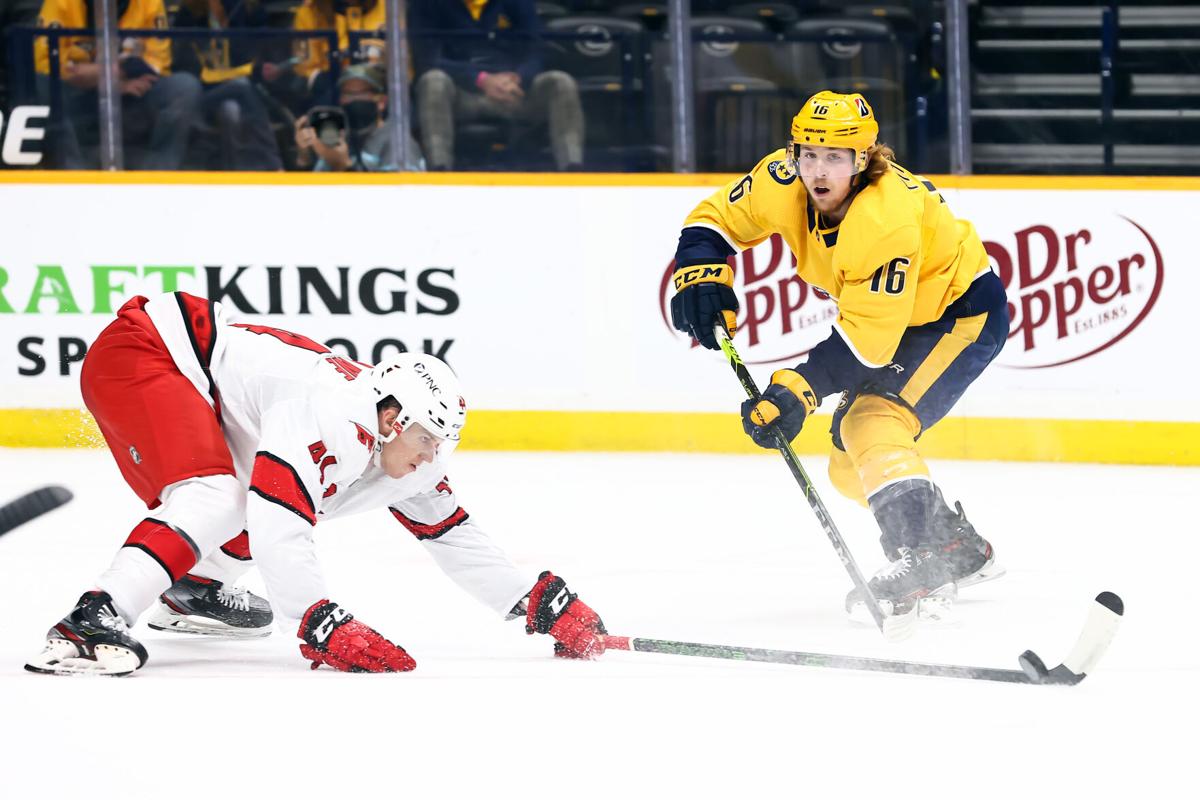 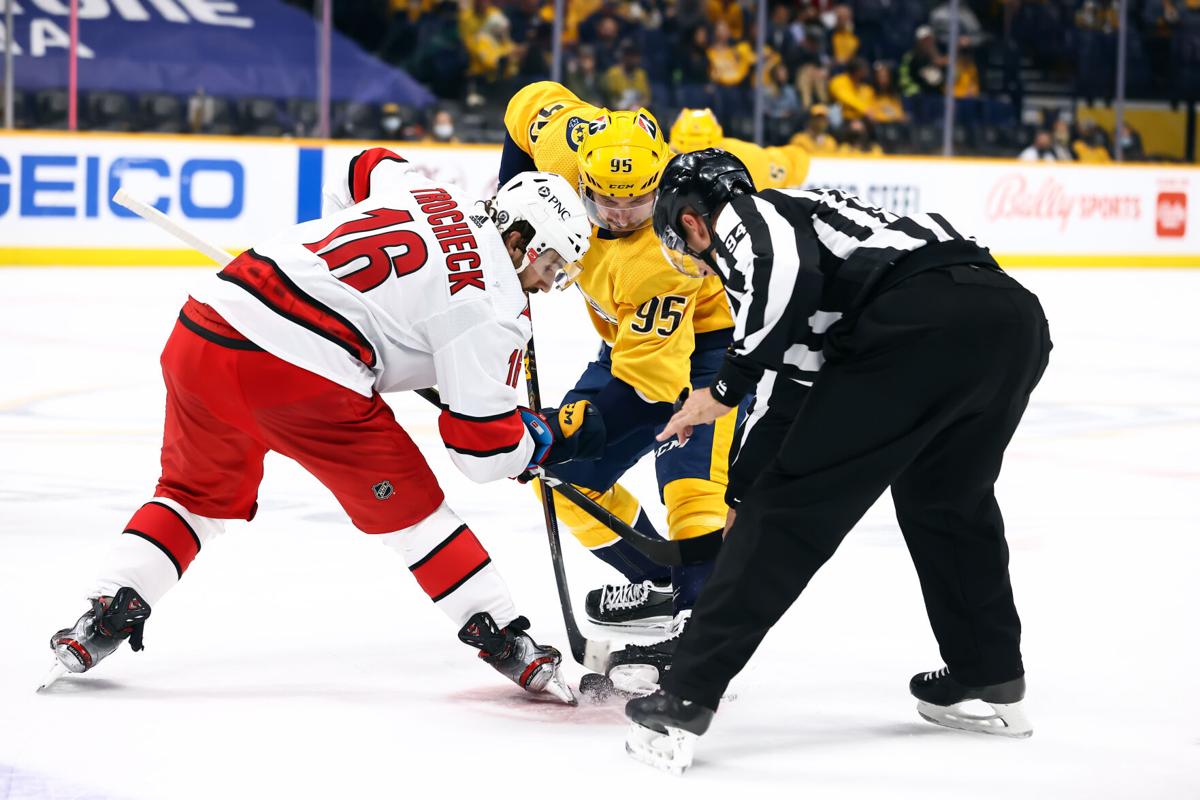 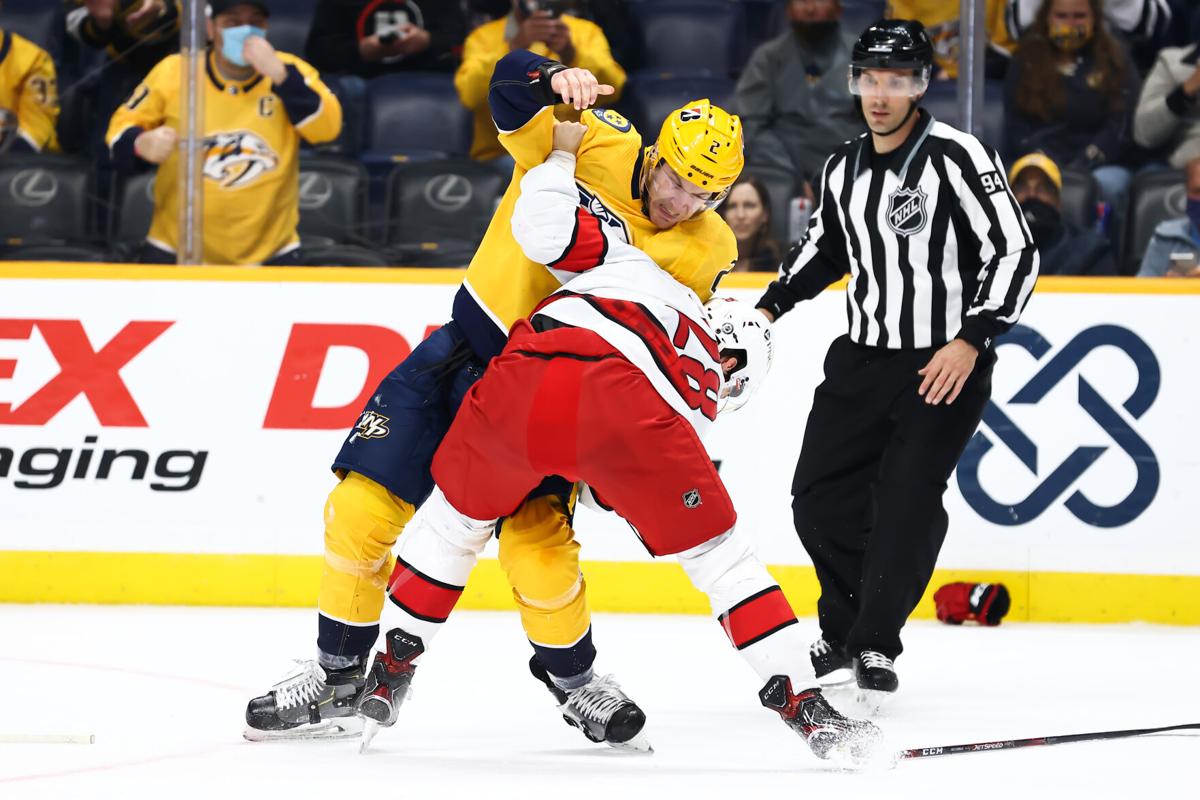 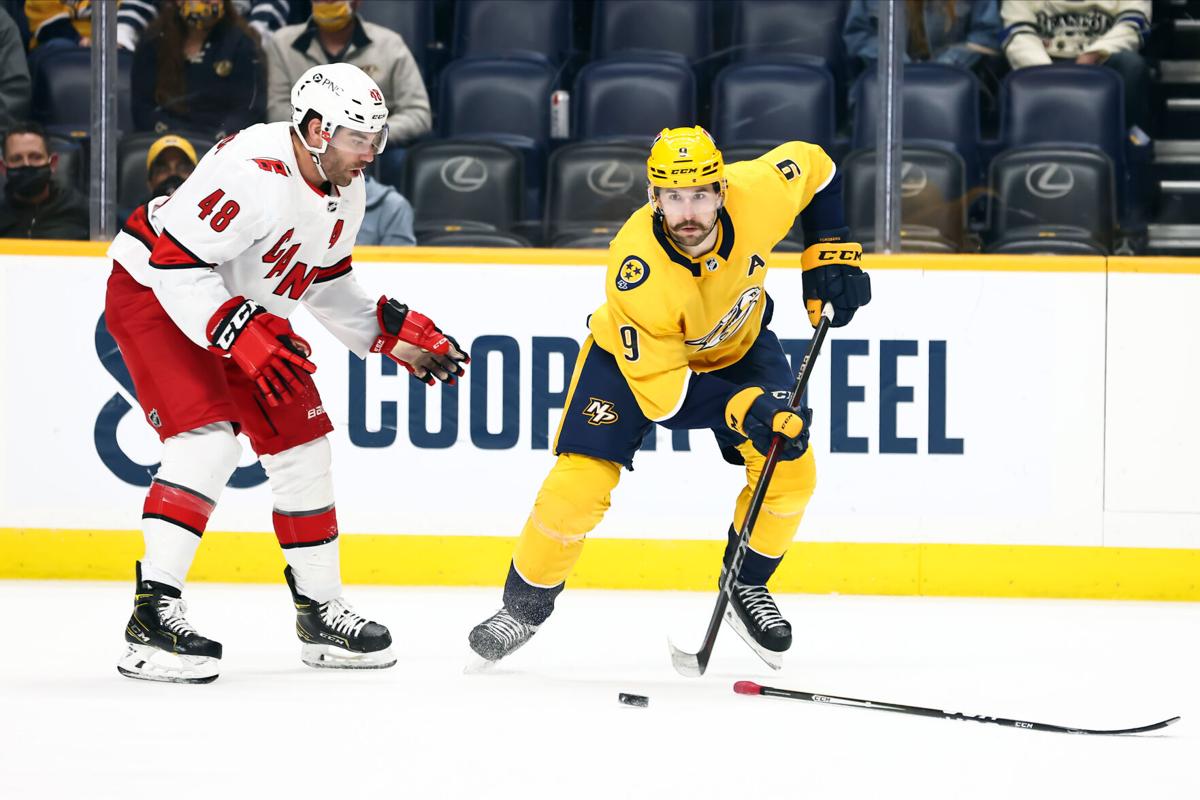 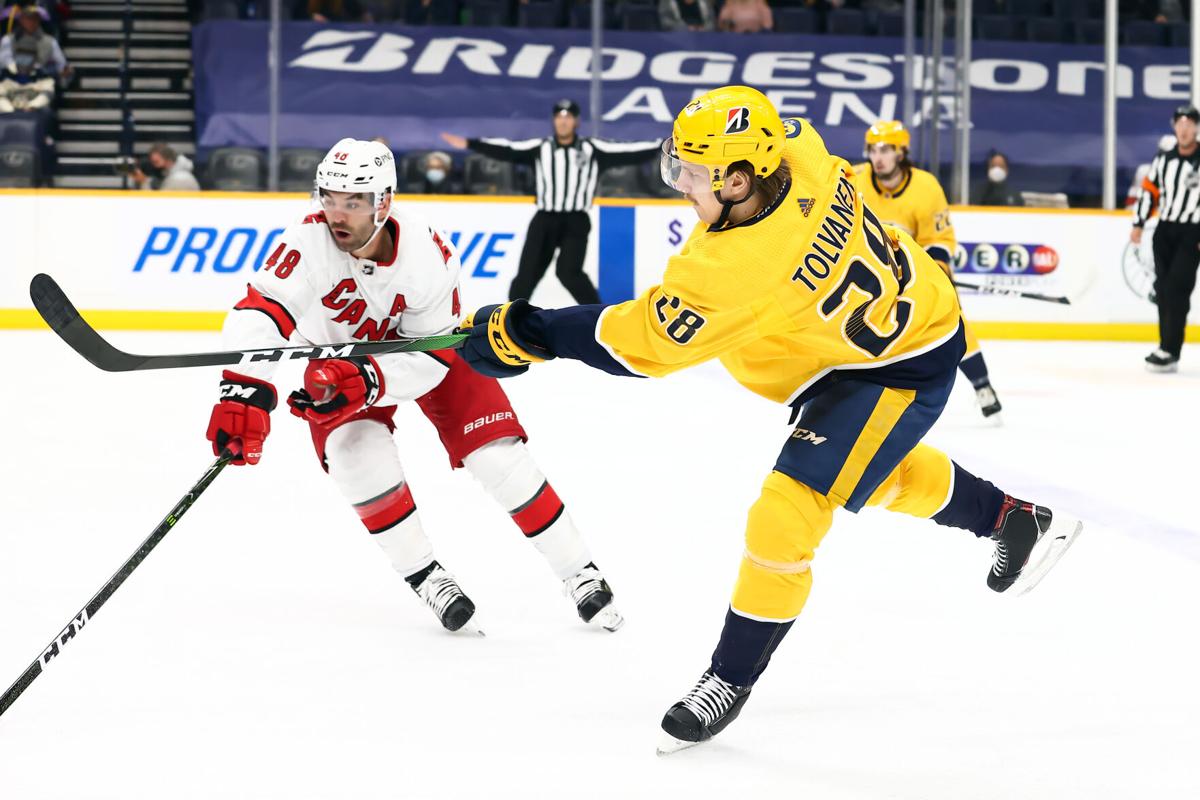 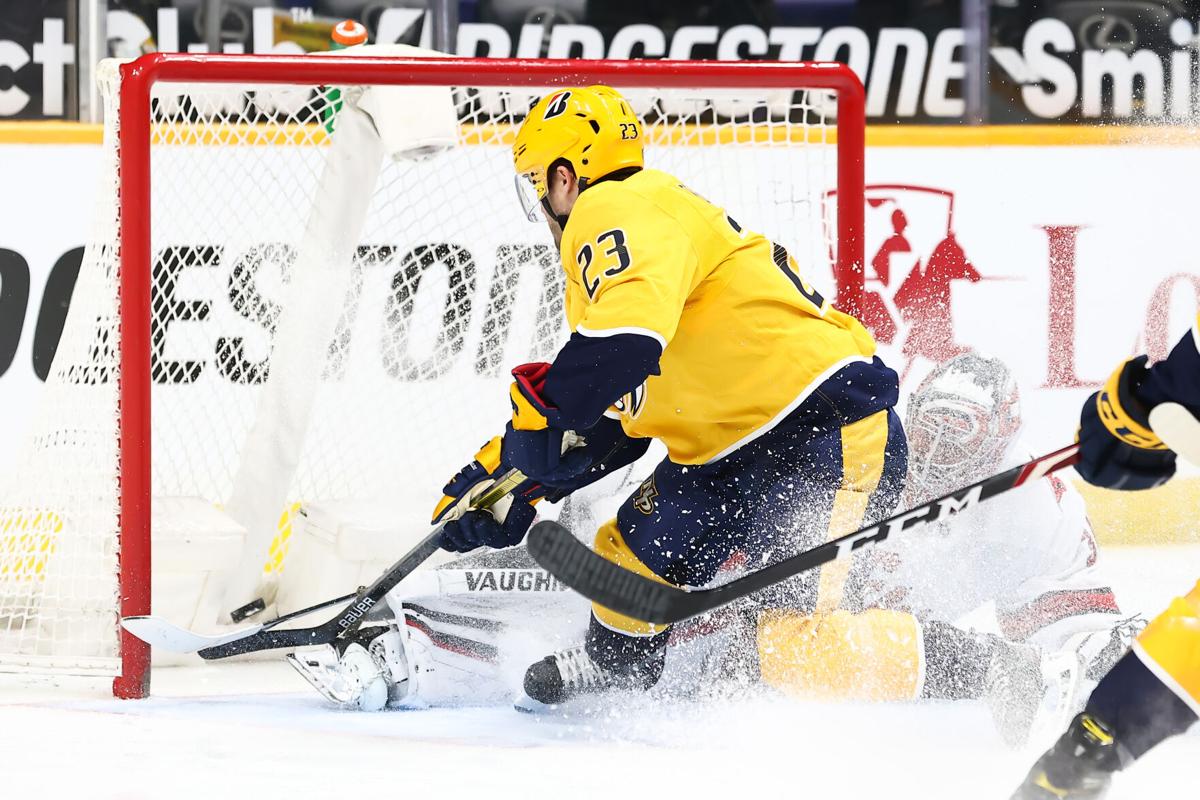 Slideshow -- Best of Predators vs. Hurricanes