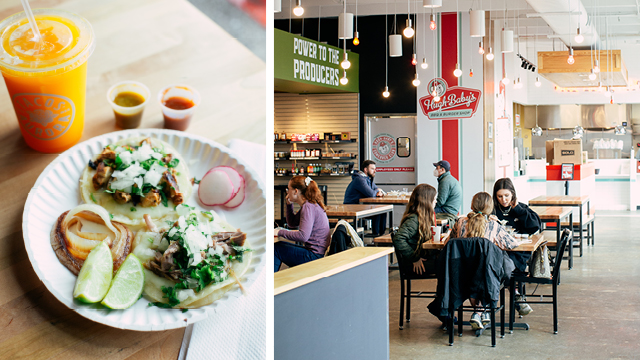 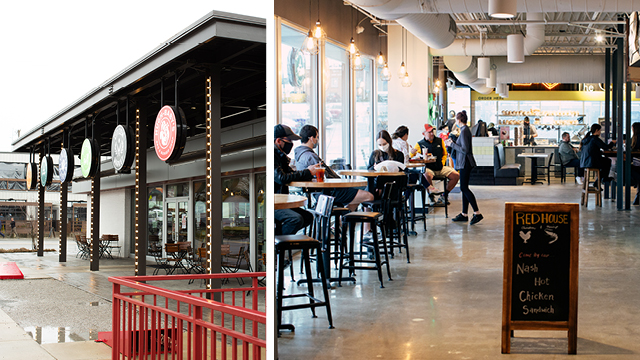 At the end of 2020, local commercial real estate investor and developer Tyler Cauble announced plans to redevelop a former East Nashville car wash property into a food-and-beverage business to open in mid-2021. In normal times, the details Cauble offered would have been noteworthy. But with COVID-19 concerns far from settled, the announcement assumed a greater significance than otherwise.

To be called The Wash, the business will offer to-go-only walk-up spaces in the bays of the car wash structure at 1101 McKennie Ave. and fronting Gallatin Avenue. The business is being pitched as providing alternative options to chefs and restaurant owners who may not want to (or be able to) invest heavily in a permanent, conventional space. As such, Cauble says the concept operators can incubate their businesses via, if they choose, short-term leases.

For example, the owner of a restaurant located in West Nashville can — as a test of sorts — offer a modified version of that restaurant (or some other concept) at The Wash to determine if the business will be successful on the city’s east side in a more conventional space.

On-site work was to have begun by publication time, with a mid-summer completion eyed.

The Wash — a cost to undertake the project is not being disclosed — is the latest in “alternative food spaces” becoming more common in Nashville. The smallish Peabody Corner Marketplace in SoBro was one of the early adopters of the concept and the large food hall at downtown’s new Fifth + Broadway development being a very prominent new one.

“Food courts offer a wide variety of options for patrons, which adds to the dining experience and easily accommodates larger groups with different tastes,” Cauble says, before acknowledging that such environments are typically more expensive than a regular restaurant space to build out because they’re a tighter fit.

East Nashville-based Pfeffer Torode Architecture, led by founder Jamie Pfeffer, is handling design work for the former car wash, which offers six bays and sits one block north of Hill Realty’s Publix-anchored Hill Center Greenwood. Eshelman Construction, which also is locally based, will be the Cauble’s general contractor. Guests will access the walk-up counters of the future eateries at the facility from the exterior — as opposed to the interior commons area found at the Nashville Farmers’ Market and elsewhere. Customers may sit outside or take their food to-go.

As to the pluses of such a physical arrangement, Cauble says it is “rather COVID-resistant, since both the restaurant employees and customers will maintain social distance outside and eliminate much of the touch points that are found in a traditional restaurant. The bays lend themselves well to adaptive reuse.”

Cauble notes he and his investors anticipate doing similar future projects, adding, “We haven’t decided how many there will be, but we are actively seeking our next one.”

“There are thousands of food courts and food halls throughout the country, but nothing we’ve found close to The Wash,” he says. “Support has been overwhelming, both from the neighborhood and restaurateurs. We already have a waiting list for businesses wishing to open their concept with us.”

Also on the east side and near Five Points, Nashville-based Fresh Hospitality (which provides capital to boutique food-and-beverage businesses) is now more than 18 months into operating its Hunters Station dining hub. The project is noteworthy in that the building from which the six restaurants operate is not particularly large — unlike, say, the aforementioned Nashville Farmers’ Market.

Matt Bonner, Fresh Hospitality partner, says the size — or lack thereof — of the Hunters Station building was not seen as either an advantage or disadvantage when Fresh undertook overhauling what had been a store catering to drivers who enjoy customizing their vehicles.

“If anything, it was more a mix of identifying a cool property in a great neighborhood and trying to figure out how to bring something to Nashville that previously did not exist,” he says. “Advantages of being smaller are probably that you can open up faster and the building is easier to manage than say a facility with 30-plus restaurants, artisans, crafters, etc.”

Bonner says a larger facility is probably a better offering for the consumer, if not the owner.

“We would love to be able to offer even more unique dining options, cool concepts and experiences for people at a place like Hunters,” he says. “But we don’t have the space of something like a Krog Street Market (Atlanta), Ponce City (Atlanta), Chelsea Market (New York) or Reading Terminal (Philadelphia).”

There are also cost considerations: The larger the facility, the greater the expense. Even creating a smallish food hall business will offer challenges. James Pollard, principal at Steelhead Building Group, says the common challenges faced when building a food or beverage space are usually related to mechanical, plumbing and electrical issues.

“Most food/beverage spaces have unique MPE requirements due to their kitchen sizes, cooking methods and occupancy loads,” Pollard says. “When accommodating the MPE systems, it is not only important to make sure the systems serve the spaces’ needs but that the actual equipment — such as hoods, exhausts and grease traps — actually fit within the space.”

Bonner acknowledges ensuring a quality design was “very challenging, making sure we created a space that was both cohesive but also unique for each brand, having so many different brands under one roof and creating something that did not previously exist in Nashville were all tough.”

“And we also spent a lot of time looking at things in Austin, how they set up some of their food truck parks, the vibe on places like Rainey Street, etc.,” he says. “We tried to borrow from different inspirations. I’m a huge fan of food halls and love exploring them, eating there and trying lots of different and delicious food, so

I always enjoy checking them out.”

Bonner says Hunters offered a “great way” to bring a number of the company’s concepts under one roof and adaptively reuse a well-recognized building in the heart of East Nashville.

“And hopefully, [this] adds value to the community,” he says. “I know we enjoy spending time there, eating all the different food and the opportunity to bring so many different food creators, through both the consumer-facing restaurants but also the Citizen Kitchens commercial kitchen downstairs, all into one community hub.”

Bonner says the feedback from the community since Hunters Station opened in fall 2019 has been largely positive. He notes the challenging timing, given the coronavirus pandemic hit a few months after it opened.

“For a place that’s all about community, experience, shared dining, hanging out together and having fun, it’s hard to really let that experience fully come to life without life getting closer to normal again,” he says. “We are excited for when we can do that and show the community how great the experience can be at Hunters.”