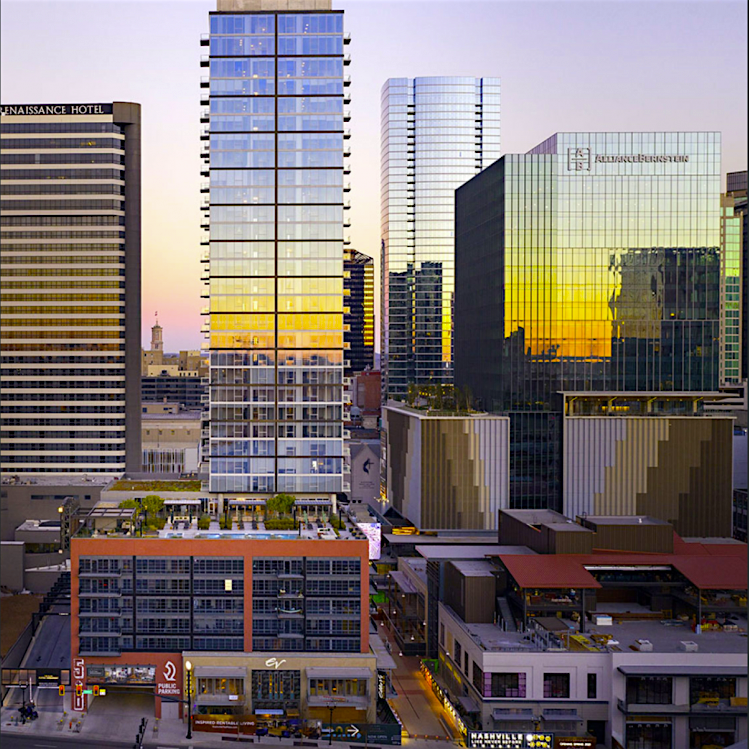 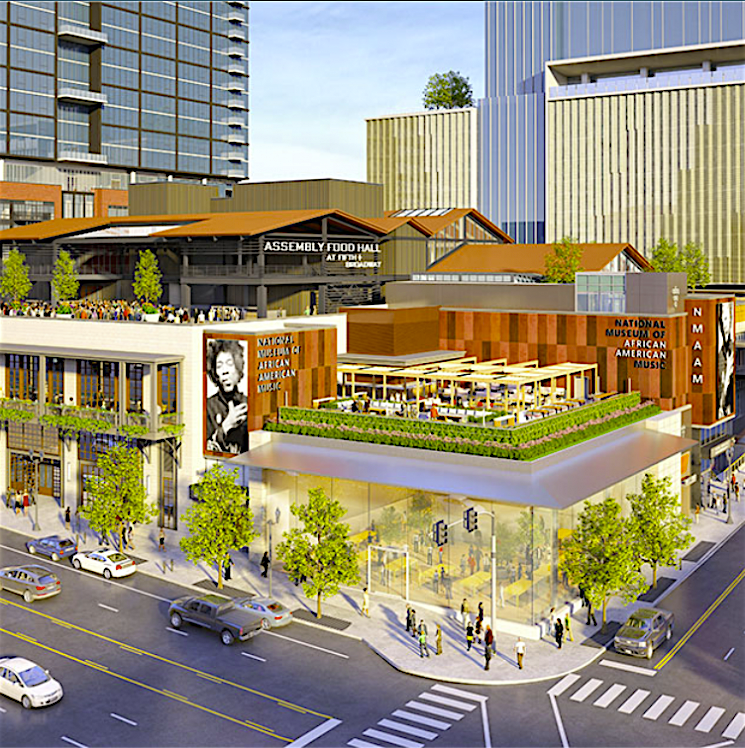 Officials with the soon-to-open Assembly Food Hall at Fifth + Broadway have announced its phase one opening will be next Thursday. Phase two will open in May, according to a release.

The food hall is one of the anchors of the downtown-based mixed-use development, which also houses the headquarters-to-be of Alliance Bernstein and the 381-unit The Place residential tower and the National Museum for African American Music. The expansive multi-level dining and entertainment facility will feature more than 25 eateries, multiple bars, two full-service restaurants, live music venues and a rooftop space overlooking Broadway.

“We will offer guests a true ‘Taste of Music City,’ along with live entertainment on multiple stages, all under one roof,” David Daniels, senior vice president of marketing at Assembly Food Hall parent The Food Hall Co. said in the release. “Our Phase 1 opening will offer visitors a glimpse into what makes Assembly Food Hall special, and we are excited for Nashville to experience this unique concept that will be a go-to destination in the heart of Music City.”

Central BBQ to open in late March in Village

The owners of Memphis-based Central BBQ have announced a late-March opening for their location in Hillsboro Village.

To be located in the building last home to Sportsman’s Grille, the Central BBQ will be the second location in Nashville. The first opened in late 2019 in Capitol View in the North Gulch. Founders Craig Blondis and Roger Sapp opened the first Central BBQ in Memphis in 2002 after honing their BBQ skills on the competition circuit in the mid-1980s.

The Hillsboro Village Central BBQ will have an address of 1601 21st Ave. S. An entity affiliated with Vanderbilt University owns the property.

“We are incredibly grateful for the support we’ve received since opening our first Central BBQ in Nashville in 2019,” Blondis said in a release. “As we expand our Nashville footprint with this new neighborhood joint, we look forward to sharing our love of all things barbecue with Hillsboro Village and the surrounding community. Music City is a fantastic barbecue town, and we know that CBQ Hillsboro will show residents and visitors alike why Memphis-style barbecue is at the top of the list.”

Nashville-based Dowdle Construction Group has handled the build-out of the space.

The Village Central BBQ will offer off-site catering, delivery and an upstairs room for private events.