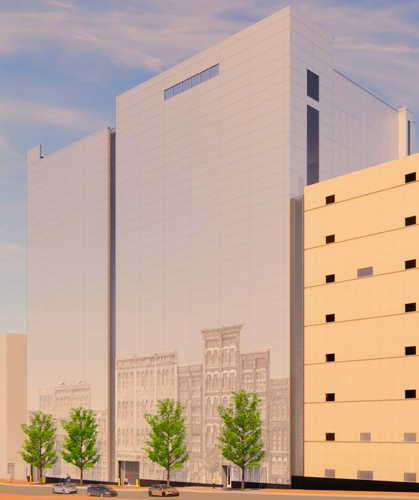 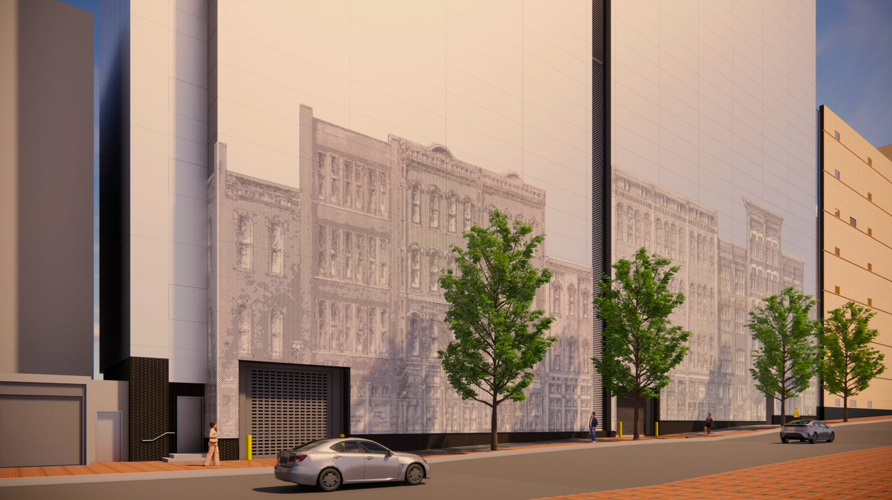 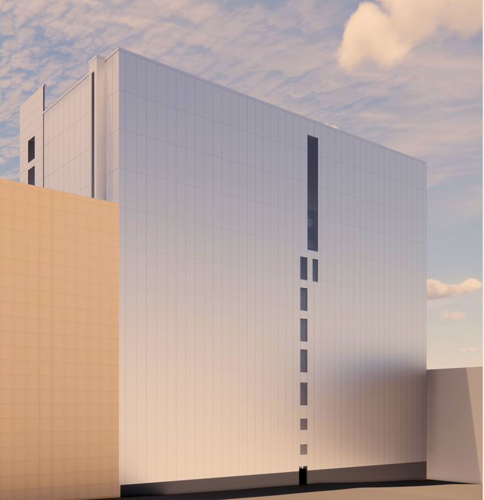 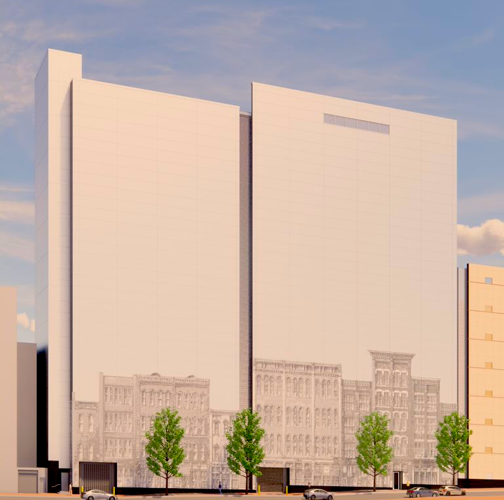 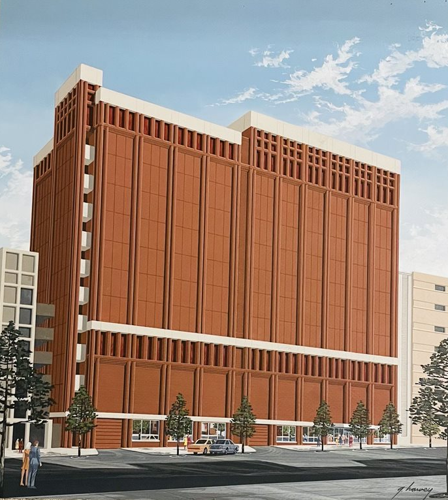 Sometimes overlooked in the aftermath of the Christmas morning 2020 bombing is the fact that not all the structures damaged were pre-World War I-constructed and of masonry exteriors.

An example, and perhaps the most prominent, is the AT&T network equipment building at 185 Second Ave. N.

Constructed in the 1960s and rising about 150 feet, the windowless structure suffered severe disfigurement due to the blast. Now, the building is being fully skinned so that a new exterior can be applied — a move expected to give the structure a more contemporary look and feel.

The Post recently chatted with Joelle Phillips, president of AT&T Tennessee, to get her thoughts on the effort.

What is the cost to undertake the project?

Given the current supply-chain challenges, many of our costs are rising in unpredictable ways.

This project encompasses repairs and reconstruction to the building, engineering changes to the electrical interface, the mobilization of our disaster recovery fleet to support work restoring service in the immediate aftermath of the bombing and security for the site. Overall, the costs caused by the bombing exceed $60 million.

With regard to the costs attributable directly to building construction, we estimate the cost between $35-$40 million, and approximately $15 million of that is associated with the exterior facade.

Who is the architect?

AT&T’s architect for the project is Exp US Services, and we have been collaborating with architects working through the Nashville Civic Design Center, including Cyril Stewart, Ron Lustig and Kem Hinton. The Civic Design Center team and Ron Gobbell reached out to AT&T earlier this year with some conceptual design proposals. That design concept was developed based on feedback from the Urban Land Institute, which the city engaged to conduct interviews with various stakeholders and provide input about how restoration and repairs to the area affected by the bombing could best serve the needs of the community.

Our building design has been developed in collaboration with the Metro Planning Department and in the context of the city’s overall vision for the area.

Who is the construction manager?

AT&T’s global real estate team and our network engineers are working with Rick Smith of JR Bowman Construction [based in McDonough, Georgia] to manage the construction.

Do you have a completion date for the project?

Our goal is to complete the project by late fourth quarter of 2022.

How different will the future building be compared to the previous iteration?

As you can see from the original 1960s design, our goal has always been for buildings like this one that house network equipment to blend into the surrounding area. The red material used at the time was intended to blend with the mostly brick buildings in the area.

Over the years, the designs of newer downtown buildings — including the iconic Bat Building nearby [an AT&T structure] — have moved away from brick construction and toward more reflective materials. The new material we have chosen will be more consistent with the current Nashville skyline.

At the street level, this reflective material will be etched with an image of buildings typical of the Victorian area buildings that were on Second Avenue. The image we will use is an illustration by Nashville artist [and former Metro Councilmember] Phil Ponder.

While the new building will have a very different look than it had prior to the bombing, it will continue to serve the same purpose it previously performed, which is housing and protecting important communications infrastructure.

Did AT&T consider any other design options?

Our primary focus since Christmas morning was restoring service and then repairing the damage to our building as safely and quickly as possible. Consistent with that focus, prior to outreach from the city, we planned a design similar to the existing look of the building with modest enhancements to enlarge and light the street level art displays we added in recent years. We had concluded that using a design with limited changes to the building would best position us to complete the project as quickly as possible.

Until the city shared its design concept, we had not considered making such significant changes to the look of the building. When I first saw a rendering of the city’s design ideas, I was intrigued. But I was concerned as a practical matter that such a significant pivot would result in either unacceptable delays or increased costs that we could not accommodate.

I was candid with Lucy Kempf, Metro Planning Department’s executive director, and Ron Gobbell, the project manager overseeing the Second Avenue recovery, that we had a limited window of time to discuss such a different design. Supply chain disruption had already begun to impact the cost and availability of materials, and we would not be able to put our project on an indefinite pause while we explored new design ideas.

Lucy and Ron connected us with Nashville architect Ron Lustig [who works at ESa and volunteered his time to assist the city along with Kem Hinton, a founder of Tuck-Hinton Architects] to see if we could make the city’s design concept work. Ron [Lustig] worked closely with our AT&T team on a myriad of specific issues presented by the city’s design, ranging from identifying alternative materials to innovative options for lighting the building and surrounding area. As a result, we arrived at a design that we believe works for AT&T and also advances the city’s goals for the Second Avenue area.

AT&T also owns a smaller brick building positioned adjacent to the damaged building you are upgrading. What are the plans for that structure, which many Nashvillians feel is generic and outdated?

The adjacent building did not sustain the type of significant damage that required major repairs. Consistent with our goal to complete our work on Second Avenue as quickly as possible, we do not have any current plans for changes to that smaller building.

While changes to the adjacent building are not part of our current  Second Avenue project, our collaboration with the city on the design for the larger building has given us insight into the city’s goals and design preferences for the area. Those insights will be helpful as we consider any future changes to that building.

Public-private partnerships can be challenging. In this case we collaborated with the city to incorporate the design concepts that were workable given the purpose this building serves, and we worked to find compromises on design ideas that were not feasible for us. We worked together to find a design that incorporated the most significant aspects of the city’s proposed design concept without needing the city to contribute financially to the costs of the building project.