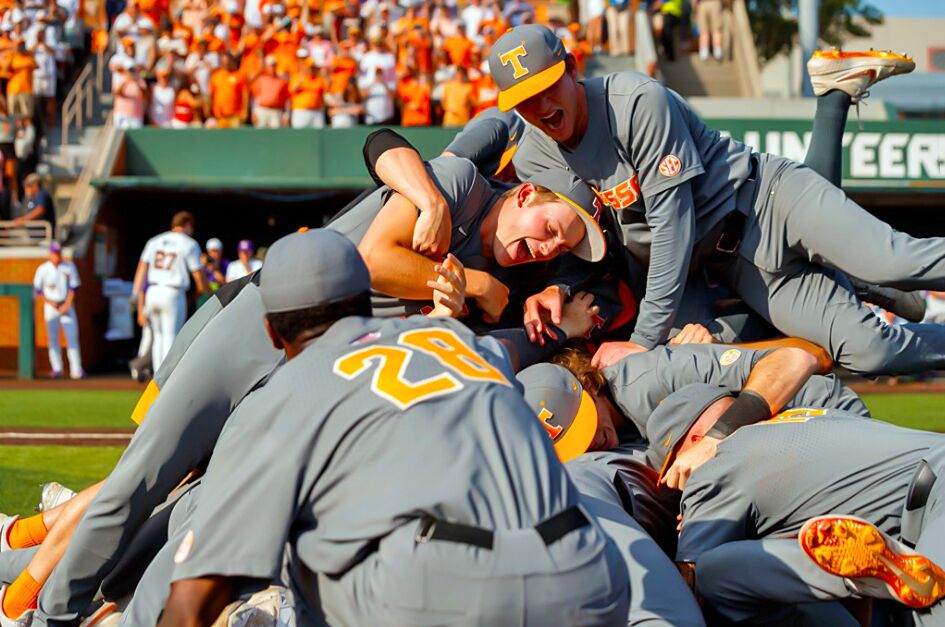 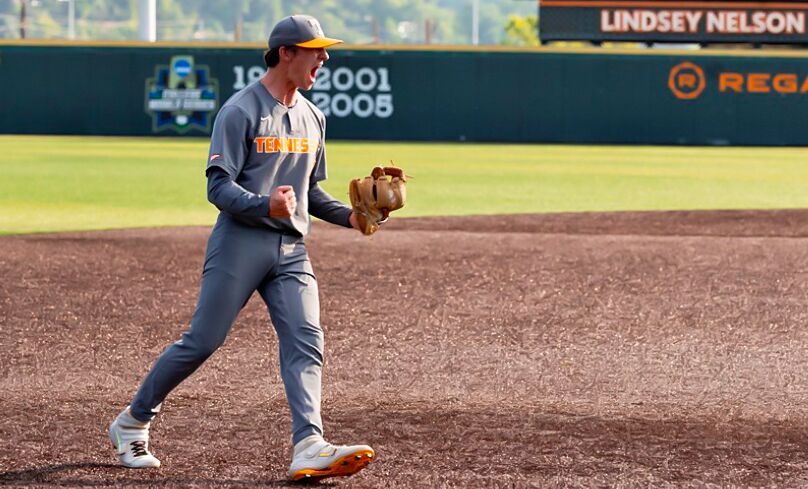 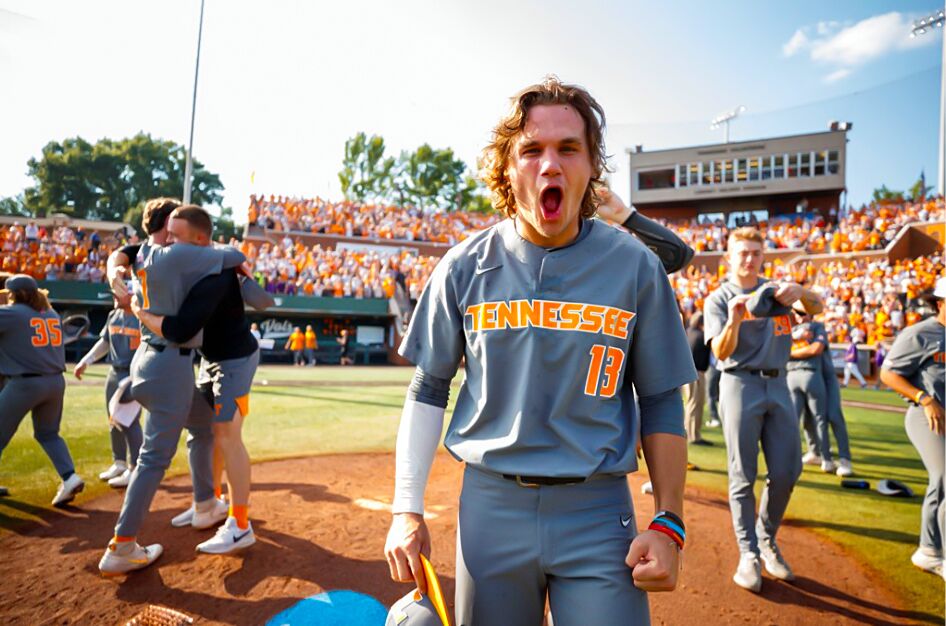 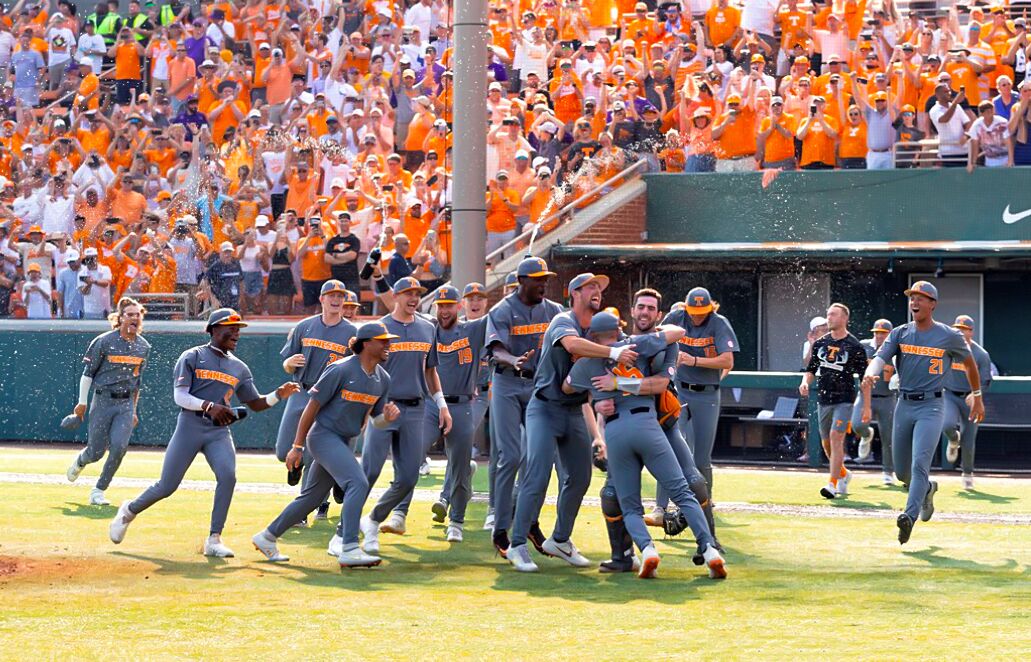 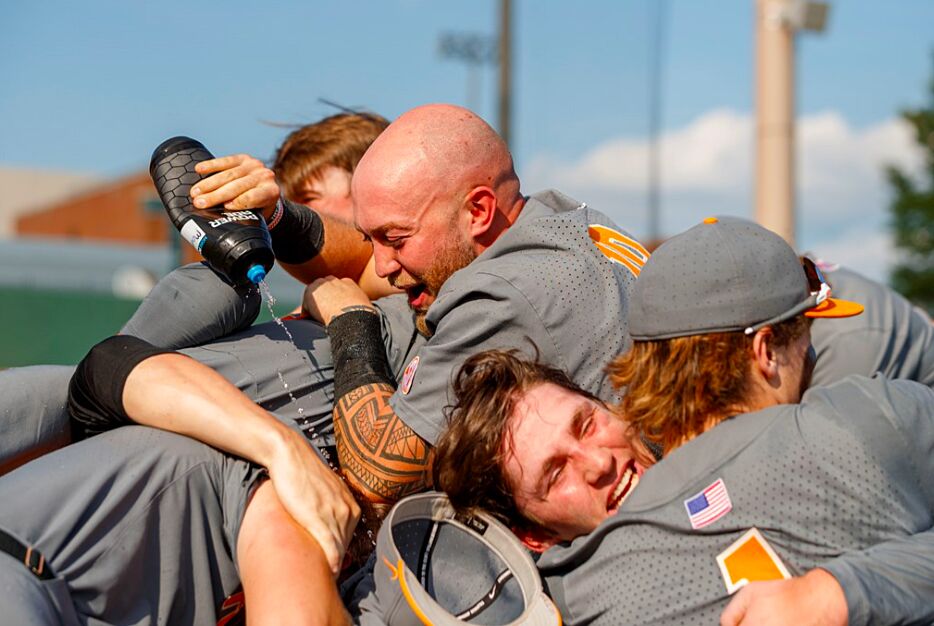 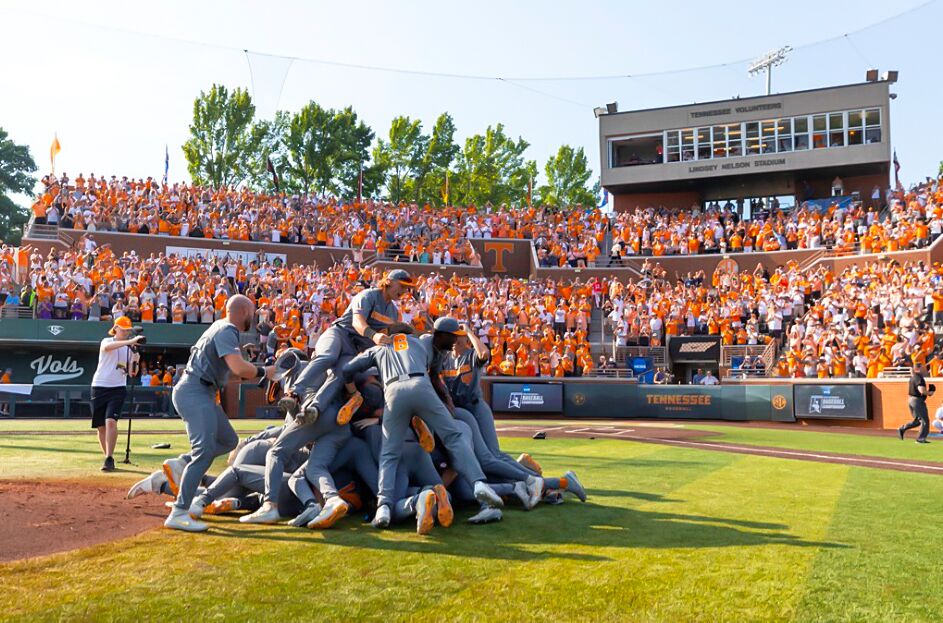 They did it by rallying from a one-run deficit twice on Saturday. On Sunday, the Tennessee Volunteers did it with a 15-run, six-home run outburst, scoring on five of LSU’s seven pitchers.

UT swept LSU in the Knoxville Regional, advancing to the College World Series for the fifth time in program history and the first time since 2005. In the process, Vols coach Tony Vitello, in just his fourth season, has let the rest of the NCAA know that Tennessee is more than just a football and basketball school.

“I just wanted to get this [program] to where people were proud of it,” Vitello said. “I think the crowd alone — but also the following on the street or on tv for these kids — speaks volume of where it’s at right now. It’s at that spot because the guys have won. But it’s more about the fashion in which they win with some grit, and they play together.”

“It’s pretty awesome to see a team not have [only] one way of beating you,” outfielder Evan Russell added. “It gives us a lot of confidence in the locker room to go out, and you never know how you’re going to win. But if we find a way, it’s pretty special. With this group, you better be ready to watch because we’re on the hunt to do some pretty cool things.”

Sunday’s win was UT’s 50th of the season. It’s just the third time in school history and the first time in 26 years that the Vols hit the milestone. The six home runs hit on Sunday, including two from Hendersonville native and former Pope John Paul II star Jake Rucker, were also a school record for a Super Regional.

In a short period of time, Vitello has built not only a powerhouse baseball program but one of the more boisterous home field environments in the NCAA. Just two months ago, Vanderbilt coach Tim Corbin praised the Vols for the atmosphere they cultivated at Lindsey Nelson Stadium, while LSU coach Paul Mainieri, who UT sent into retirement with back-to-back losses, griped about the “extremely hostile environment” his Tigers had to compete in.

Now, the Vols have not only rebuilt a program on the fly but raised their national profile in the process.

“It boosts recruiting, it boosts season ticket sales next year, it creates a capacity problem at our stadium,” Vitello said of UT’s success. “So, there’s a lot of benefits [of going to Omaha]. But I think the ones that are in our near sight [the College World Series] are the most exciting.”