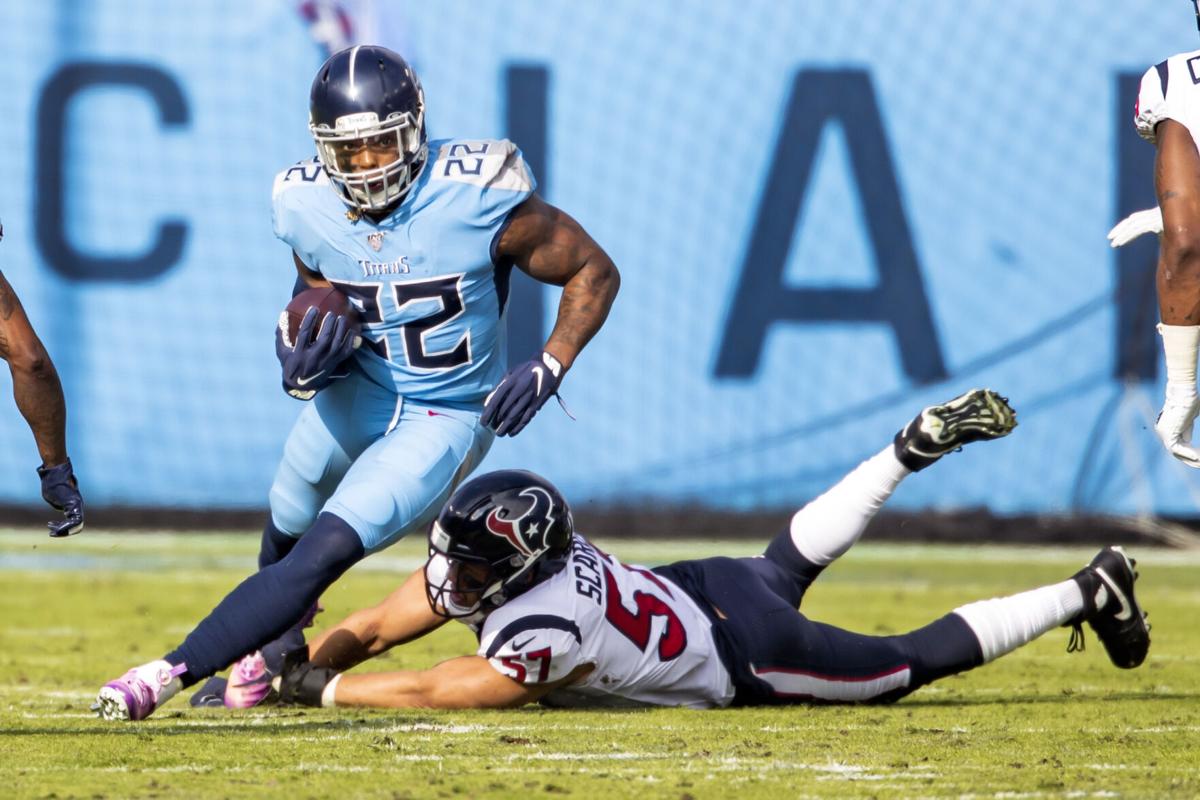 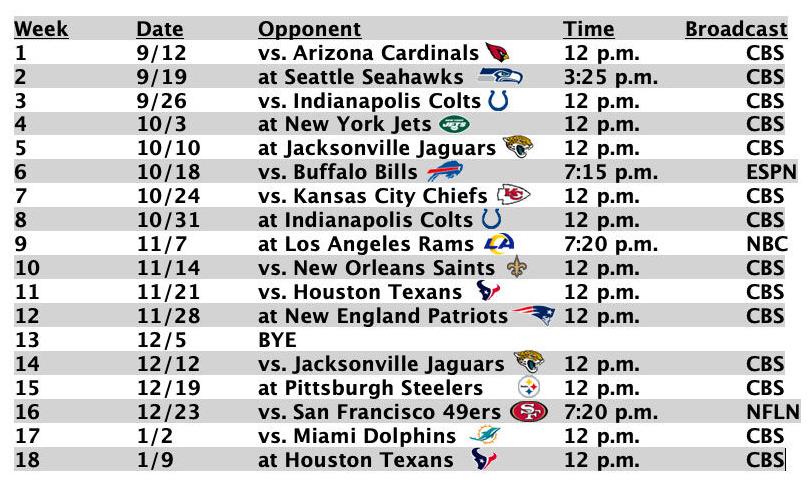 The Tennessee Titans have known for a while who they will be playing in 2021. Now they also know the when and where.

The NFL released the schedules for all 32 teams on Wednesday, and at first blush, the early part of the Titans' season could make or break their postseason aspirations; seven of Tennessee’s first 10 opponents were playoff teams last year.

“I know this is a fun day for our fans, team and organization as we get ready for football this fall,” Titans coach Mike Vrabel said. “We understand how critical each game is on our schedule and there will certainly be difficult stretches each season because of injuries, opponents and travel.

“We are excited our fans get to experience a couple of home primetime games and our players certainly feed off the fans’ energy. We will be opening at home for the first time since I became head coach, and I am happy our fans will be there to kick off the season with us.”

Here are a few first impressions from Tennessee’s 2021 schedule:

Games against the NFC West won’t be easy either; all four teams could be playoff contenders. The Seahawks are the defending division champion, the Cardinals have added defensive fire power in J.J. Watt and Zaven Collins, the Rams upgraded from Jared Goff to Matthew Stafford, and the 49ers get back Jimmy Garoppolo, Nick Bosa, Dee Ford and a slew of other injured stars.

There are pros and cons to the Titans unusually late Week 13 bye week. The bad: There’s now added pressure for Tennessee to not only have a good start to the season but remain healthy with a long wait to any chance to rest and heal up. The good: If the Titans are in good shape playoff-wise, the bye serves as a good recharging period for the stretch run to close out the season.