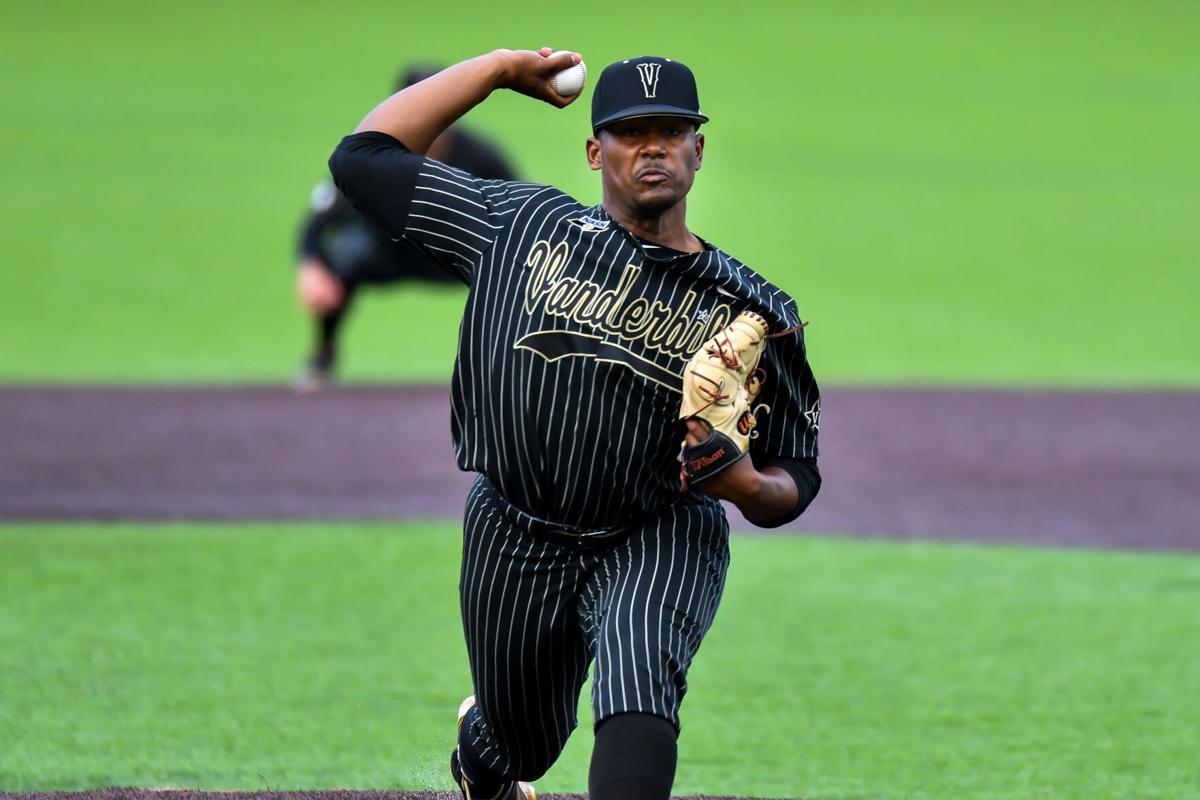 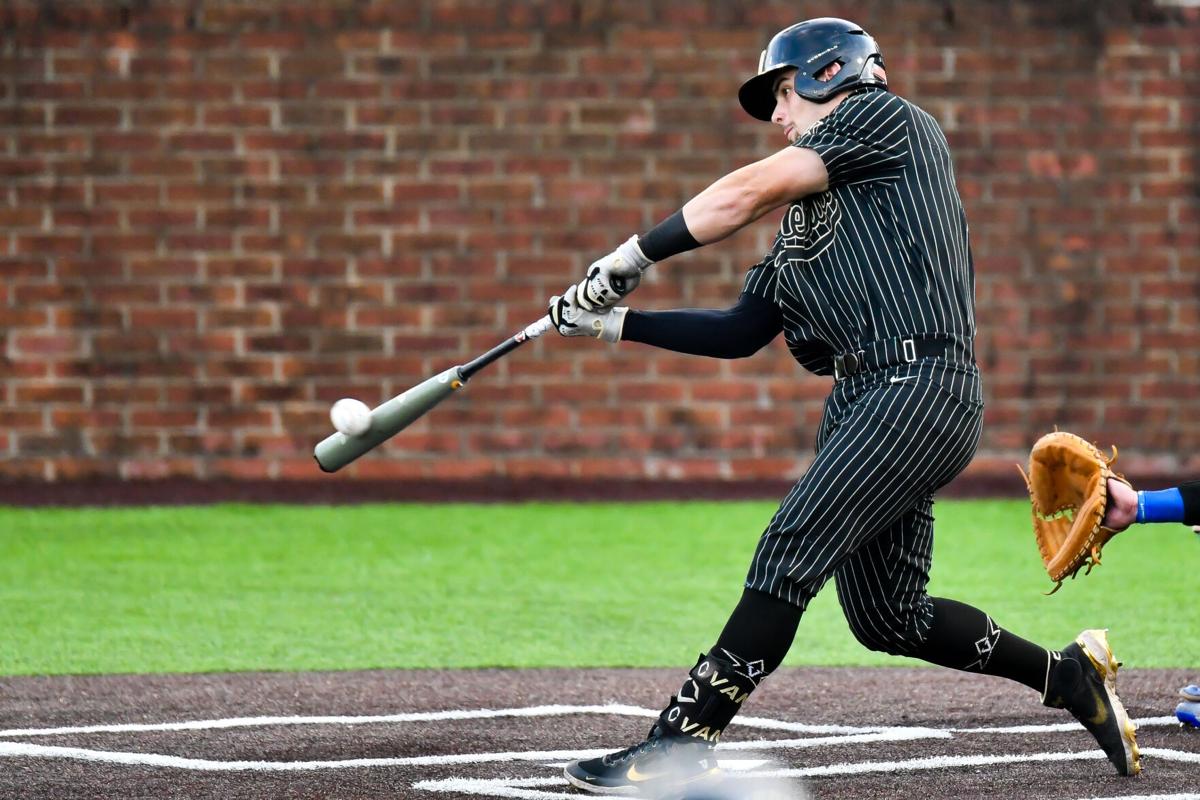 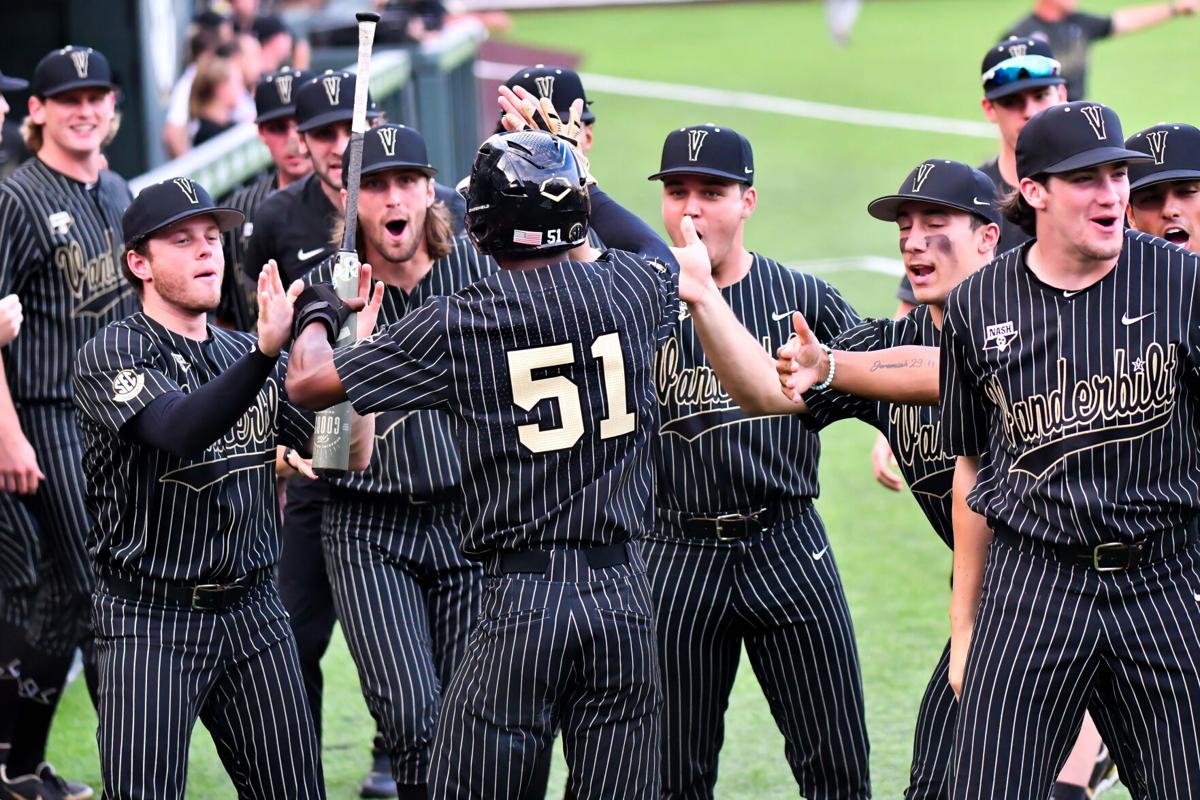 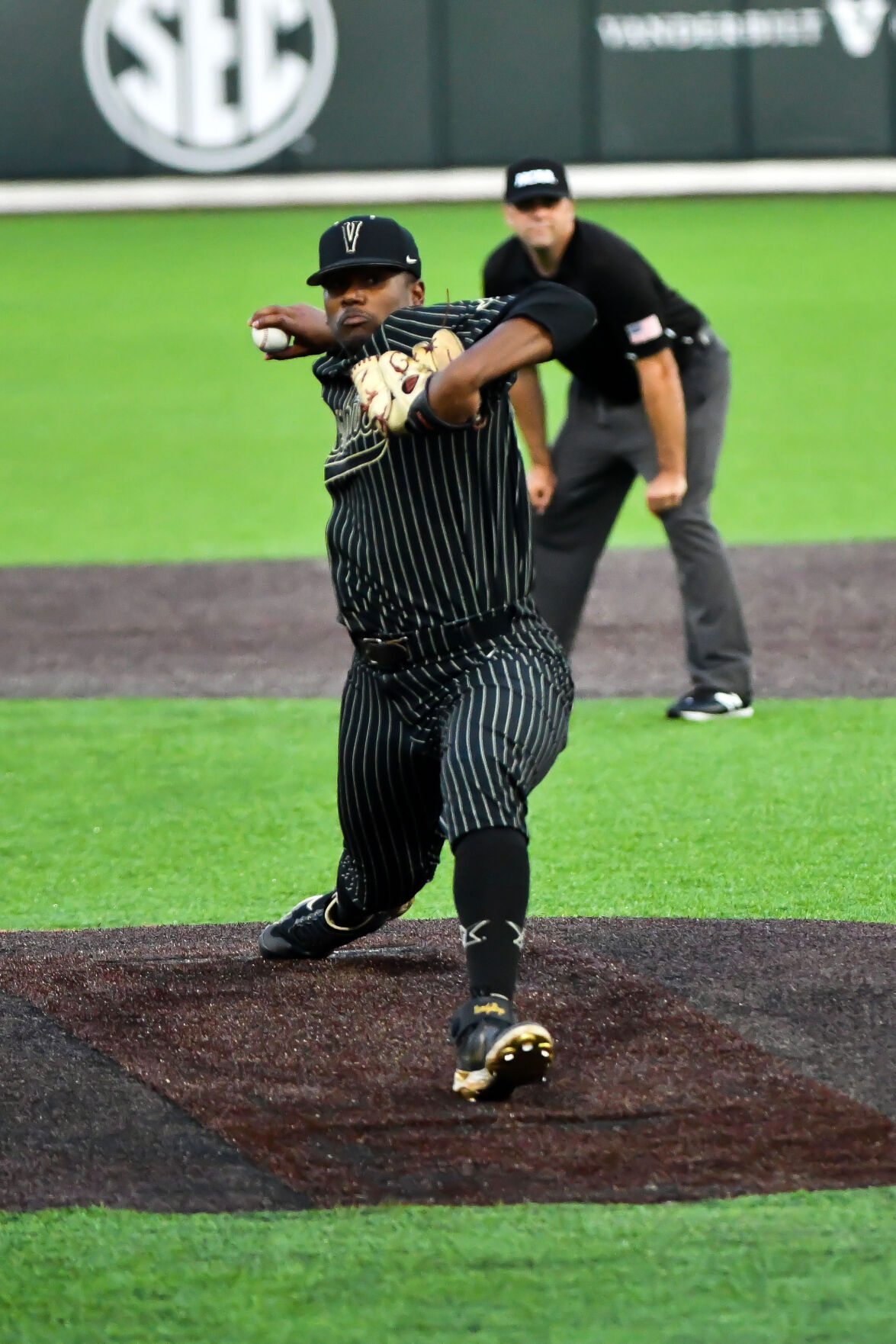 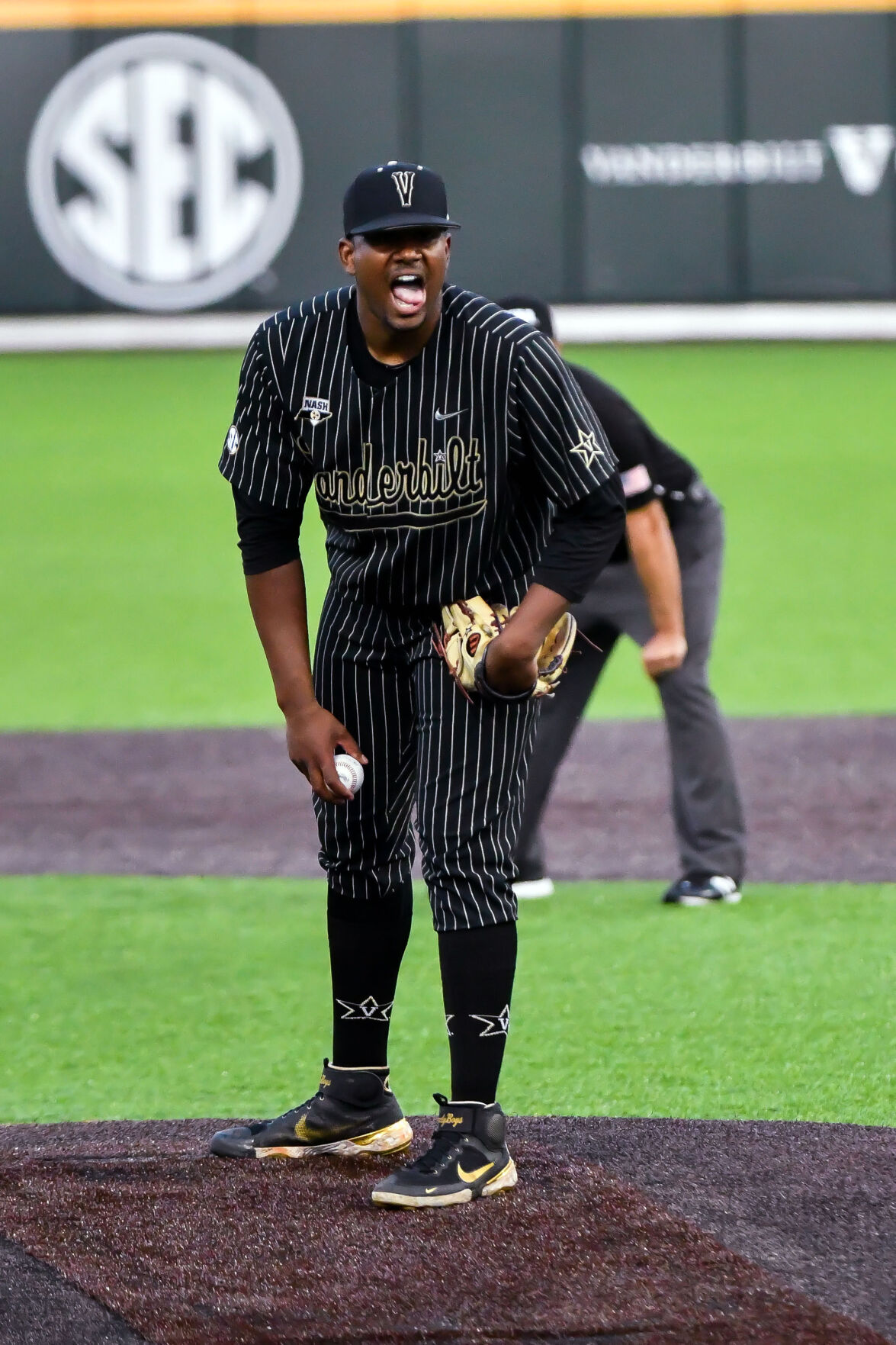 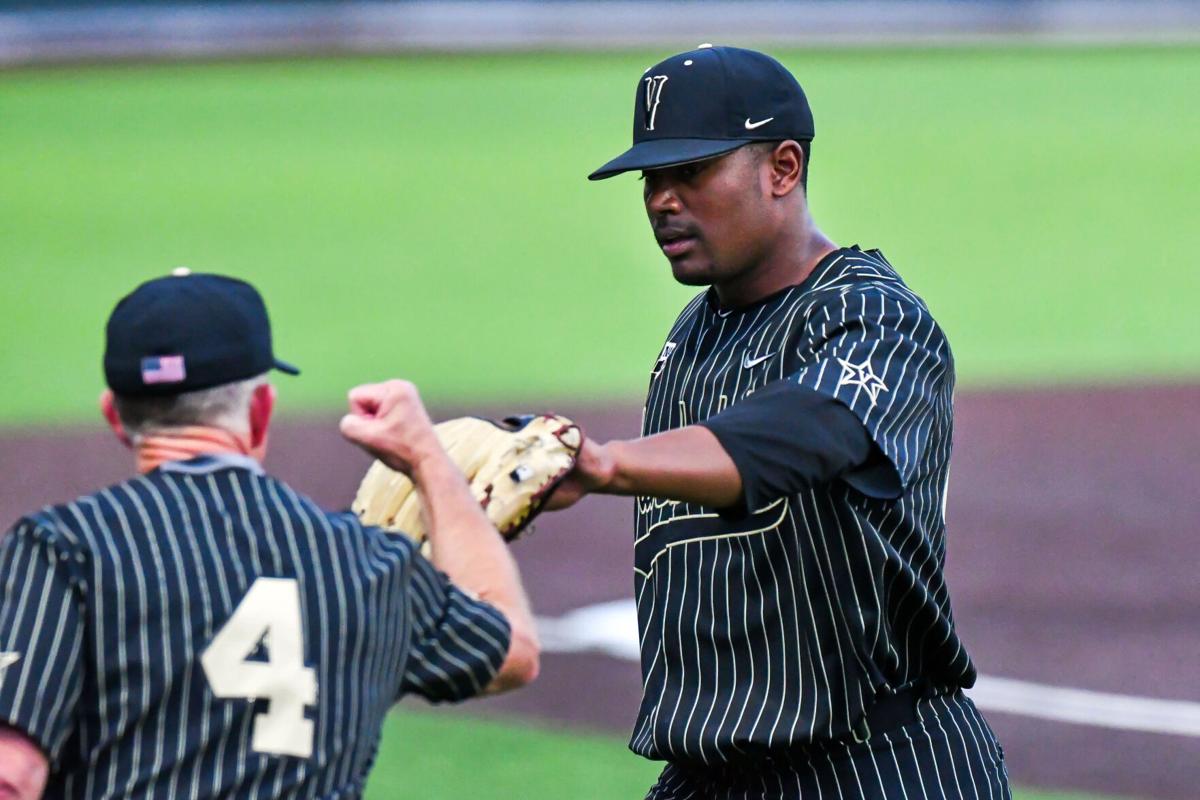 The Vanderbilt Commodores always boast one of the more raucous crowds in college baseball, and it was no different during Friday night's 10-0 Regional win over Presbyterian.

The Vandy Whistler made his reappearance, a small group of 'Dores football players were on hand at Hawkins Field and Kumar Rocker returned to form as Vanderbilt set out to defend its 2019 national championship.

"I thought that was a well-played game overall," Vanderbilt coach Tim Corbin said. "Kumar's struggles [from the SEC tournament] are in the past, and he moves forward whether he wins or loses."

Utility player Dominic Keegan did what he does best against Presbyterian: hammer opposing pitching. In his second at-bat, Keegan sent a screamer over the left-field wall for his 12th home run of the year and a 6-0 Commodore lead.

Keegan struck again in the bottom of the seventh. His homer to center field brought home two more (after a Jack Bulger leadoff walk) and the 'Dores built up a 9-0 advantage heading into the final frame. Keegan finished going 3-for-4 with two home runs, 5 RBIs and three runs scored.

In addition to VU's bats coming alive, Rocker dazzled with another impressive postseason outing. Striking out nine batters over seven innings, Rocker allowed just two hits while walking two on 97 pitches. Both his fastball and breaking ball were on-point, presenting plenty of issues for Presbyterian.

“He threw a lot of strikes," VU coach Tim Corbin said. "He attacked the strike zone, got ahead with his fastball. There were very few times he did get to 3-2 but when he did get to 3-2, he won that count. I thought it was a well-pitched game.”

Added Keegan: "He bounced back, just like we all knew he would. He's a competitor, he wants to go out there and compete and I think what he did tonight was huge. He kept our bullpen fresh, he threw strikes, he just did a really good job."

This win for the 'Dores also marked a milestone for Corbin as he earned his 900th career win. It was only fitting that it came against Presbyterian -- the school where he earned his first win.

Friday's performance set the tone for Vandy's next game against Georgia Tech on Saturday at 6 p.m.. The 'Dores will throw ace No. 2 Jack Leiter against the Yellow Jackets, who are one of the more offensively potent teams in the country.

"They can really hit," Corbin said. "They've got a lot of sluggers throughout that lineup, and they're strong kids, I've seen that. And I did watch that game today, so they're a team that comes back well, several times I've seen them on TV where they've had deficits but they worked through them and hit their way back so it's gonna be an offensive team that we're gonna have to stop."