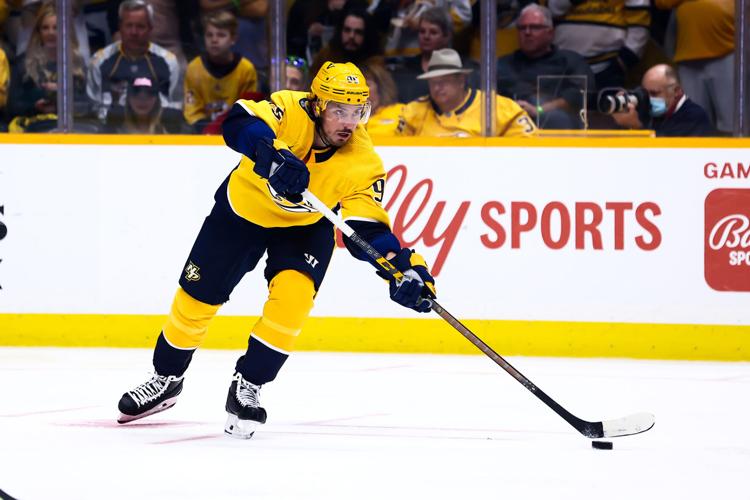 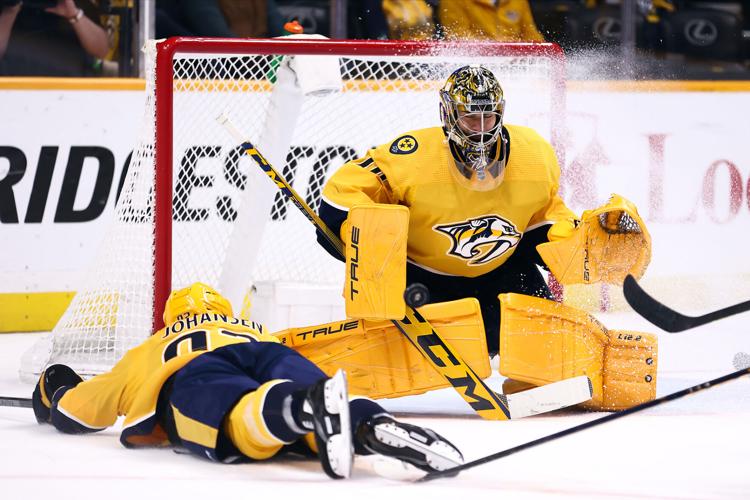 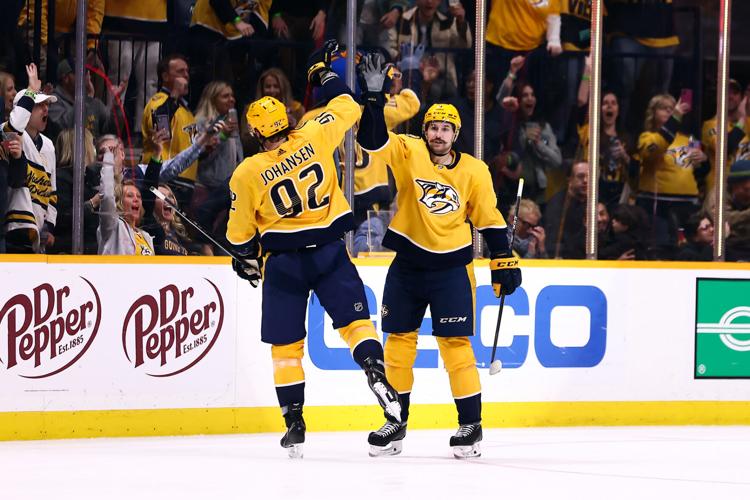 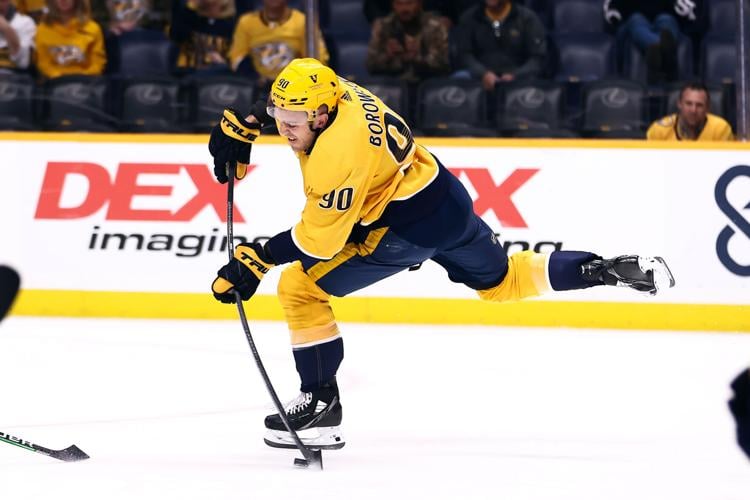 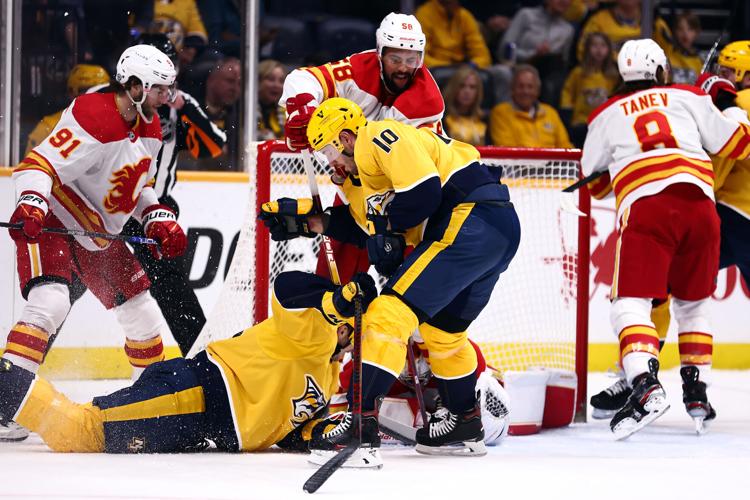 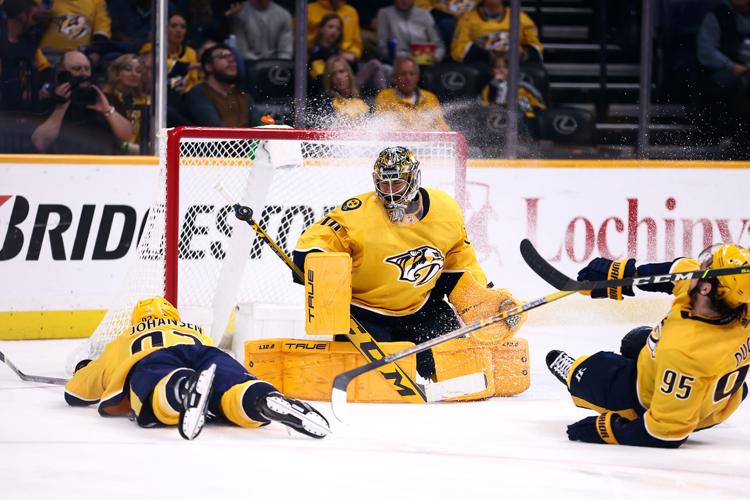 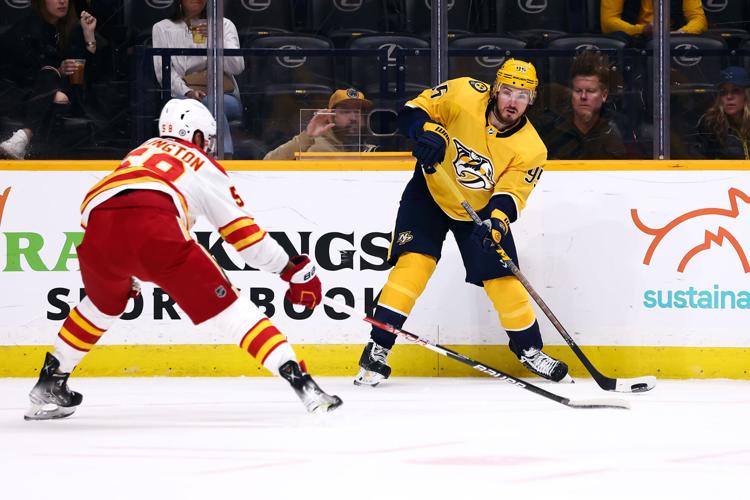 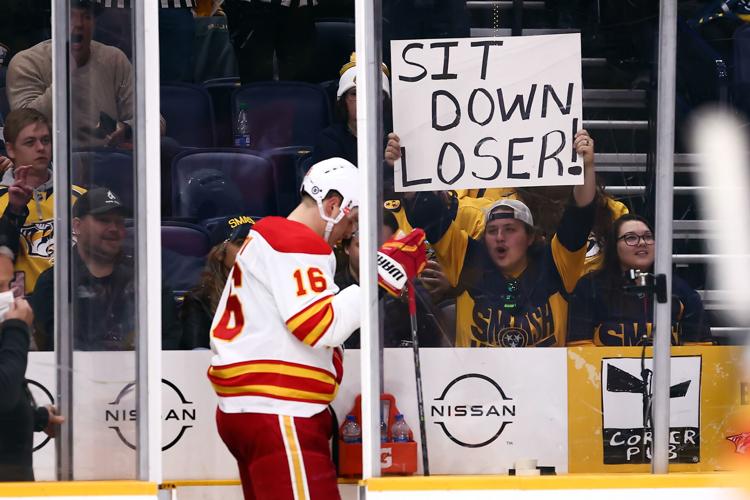 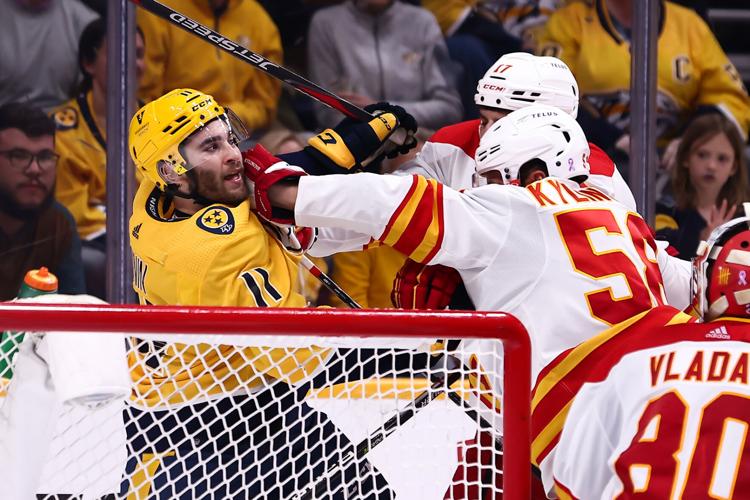 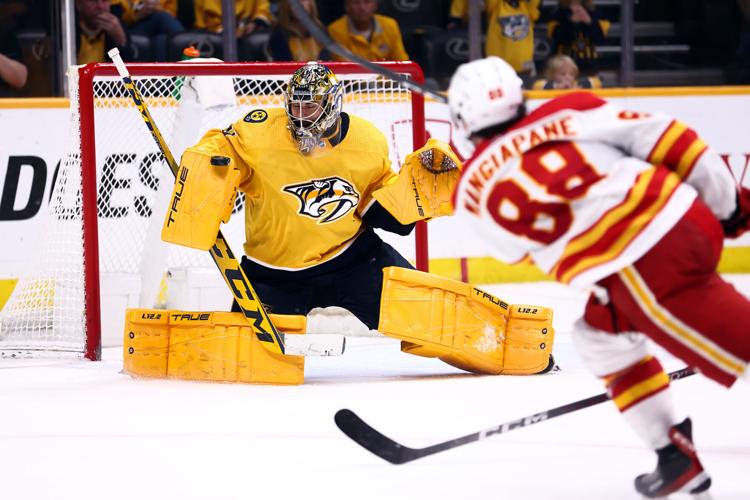 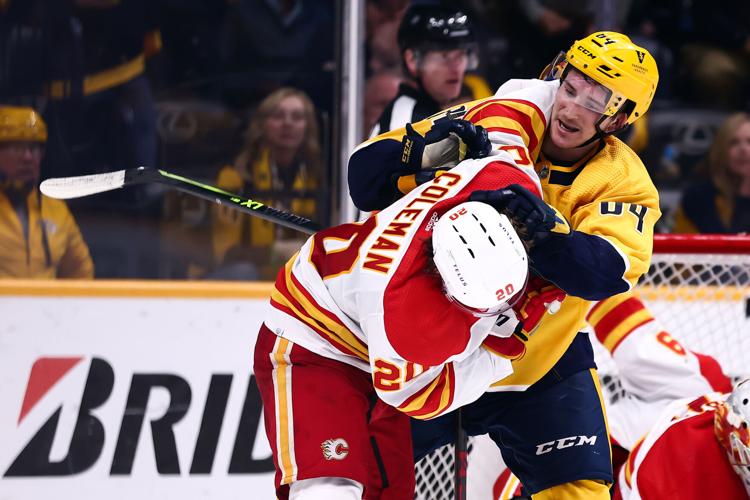 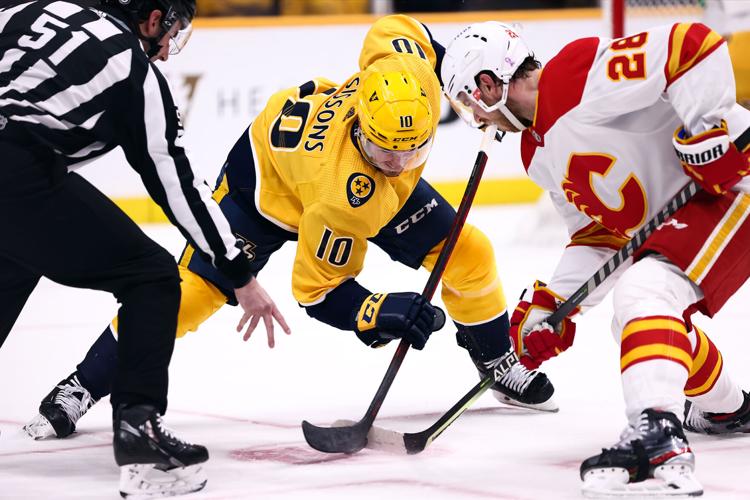 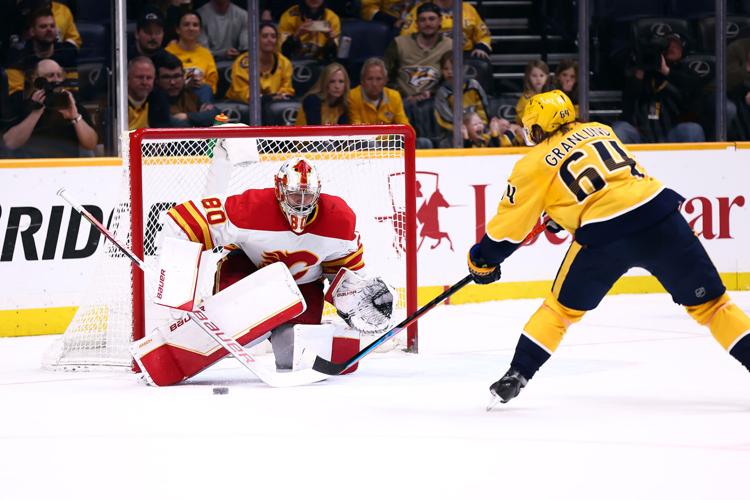 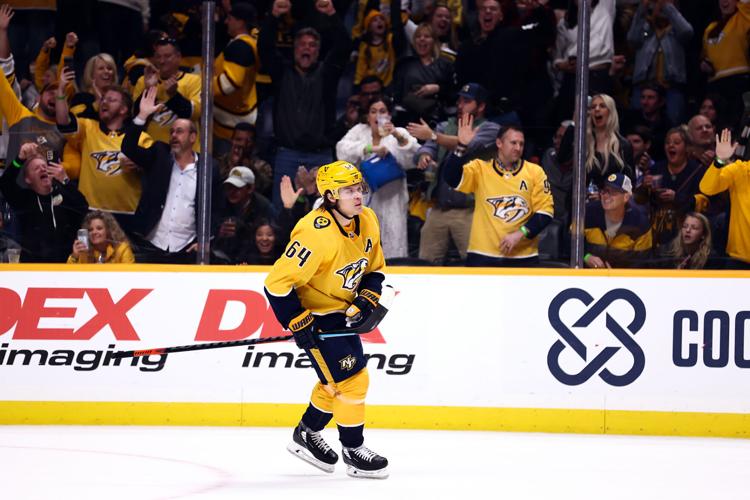 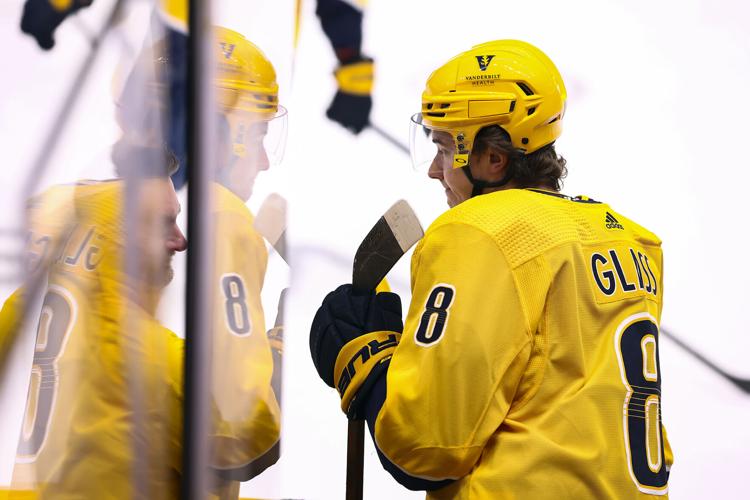 Matt Duchene’s 2021-22 season can be summed up in one word: vindication.

It was but 10 months ago that Duchene sat in front of reporters on a video conference and answered the difficult questions about why he wasn’t producing up to the level of his seven-year, $56 million contract.

But in a single moment in the second period of Tuesday’s 3-2 overtime win over the Calgary Flames, Duchene scored perhaps the most liberating goal of his career.

Sliding across the crease on his knees, he reached out, flung his stick toward the loose puck and banked it off the pad of Flames goaltender Dan Vladar for his 40th goal of the year — the first player in franchise history to reach the milestone.

“To do it in my 900th game too is kind of cool,” Duchene said. “The reaction from the crowd when they announced it, for me I was still locked into the game, but the reaction from the crowd was unbelievable. It made me a little emotional on the bench for sure. I wanted to give a little wave and just kind of stay in the game, but they made it hard not to feel that moment a little bit. So, I really appreciated that from the fans.”

Despite it being his 14th season, Duchene is playing the best hockey of his career. He is already 10 goals and eight points clear of his previous career bests, and he is on pace to set a new career high in shots as well.

In addition to the franchise goals record, Duchene set the Predators single-season record for power play goals (15) and is nearing a few others — including game-winning goals and shooting percentage.

“Coach [John Hynes] has put our top offensive guys in a position to succeed this year, giving us the opportunities to take control of games and play the way that we’re capable of,” Duchene added. “We need a little bit of rope at times to make plays and do what we do, and he’s done such a great job of that. It’s been a great cohesive work between us and him. He’s put the trust in us, and we’ve rewarded that trust.”

To Duchene and the Predators’ credit, they made the best of a difficult situation.

Despite trade speculation, an expansion draft and a growing public outcry for General Manager David Poile to find a way to wash his hands of the $8 million-per-year forward, both parties came up with a peaceable solution.

Duchene agreed to move from his natural center position to the right wing, and in turn, Hynes agreed to play him in a regular top-six role with the team’s other best offensive players.

The result: the first 40-goal season in franchise history and a career resurrected.

“I didn’t care about statistics [this season], I just wanted to get back in the role that I felt like I was brought here to play,” Duchene said. “I was given that opportunity first, and it was up to me to run with that. Once that happened, I just believed I could be capable of doing what’s gone on this year. I think it’s something at the end of the year that I’ll be happy I’m back to where I am.”