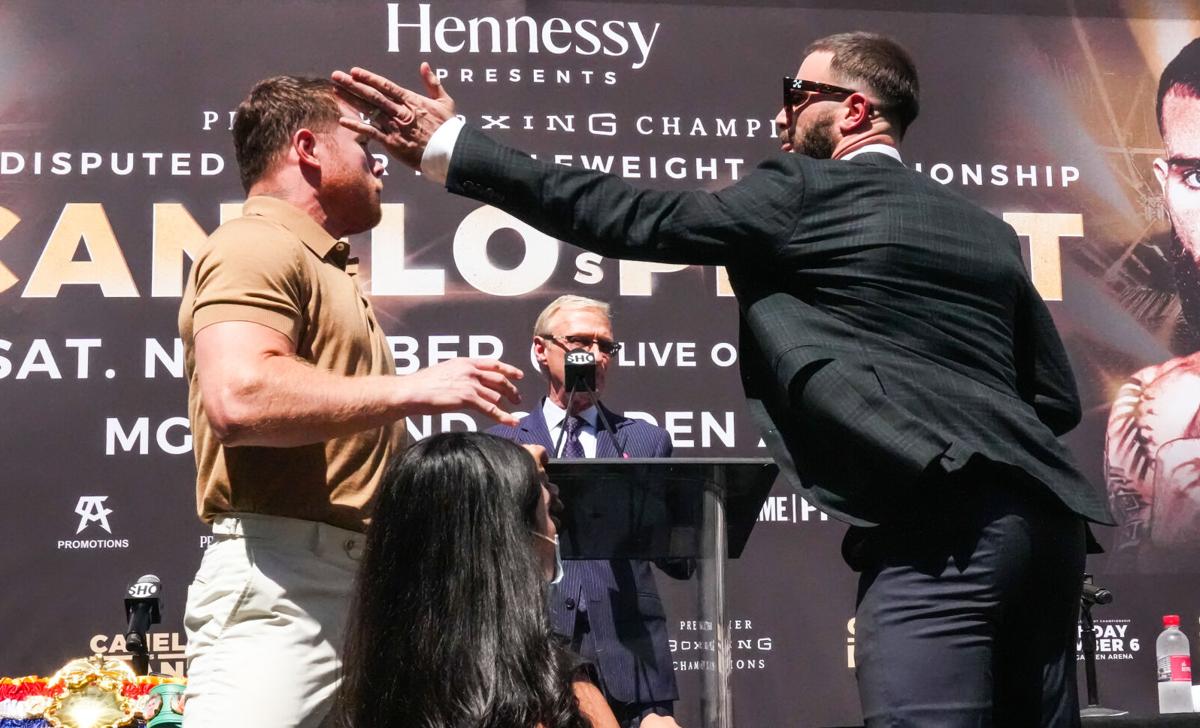 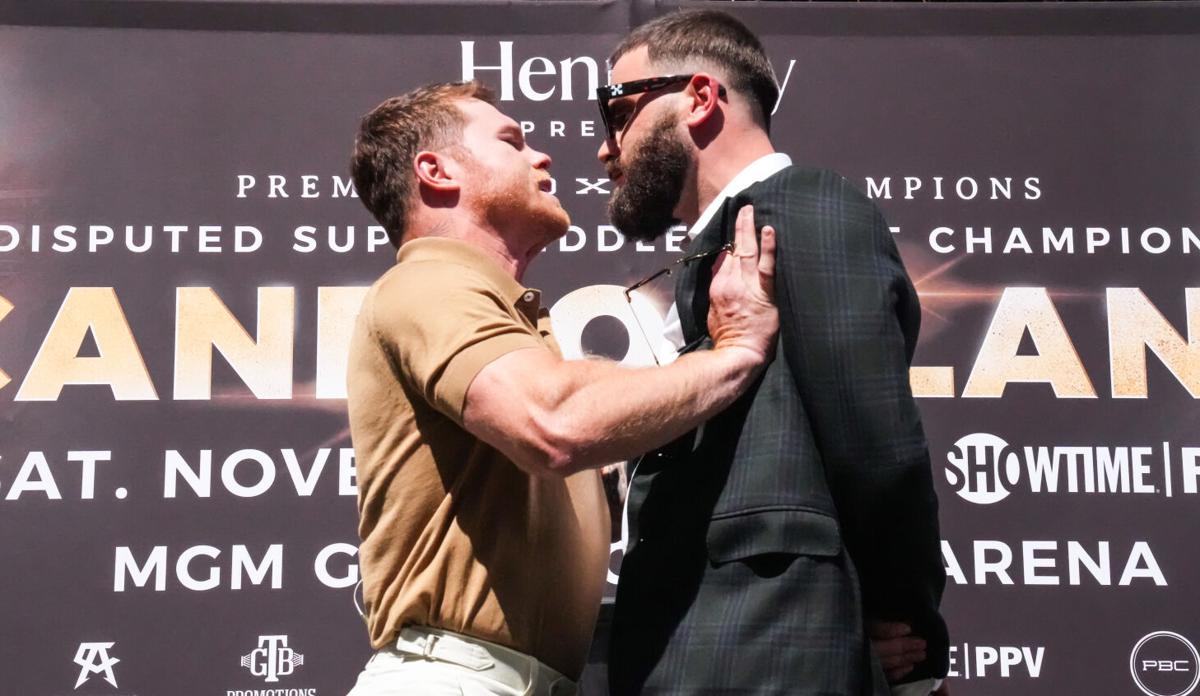 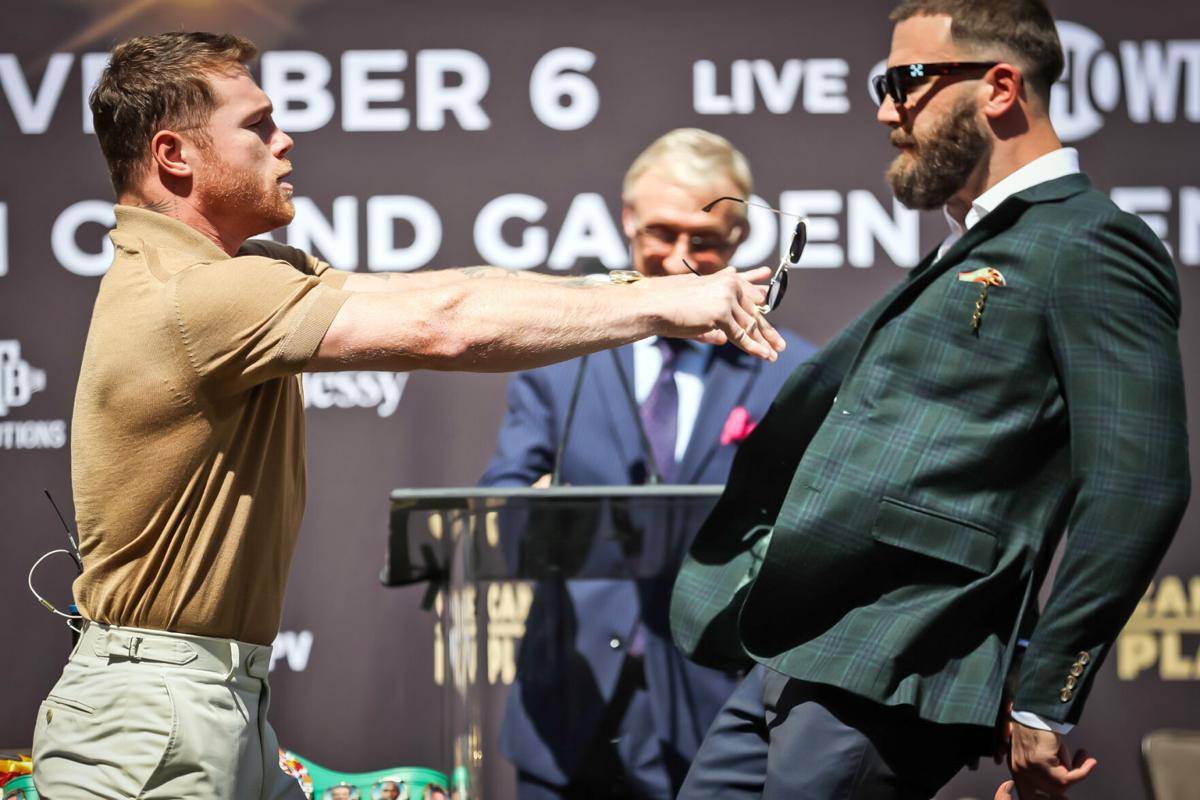 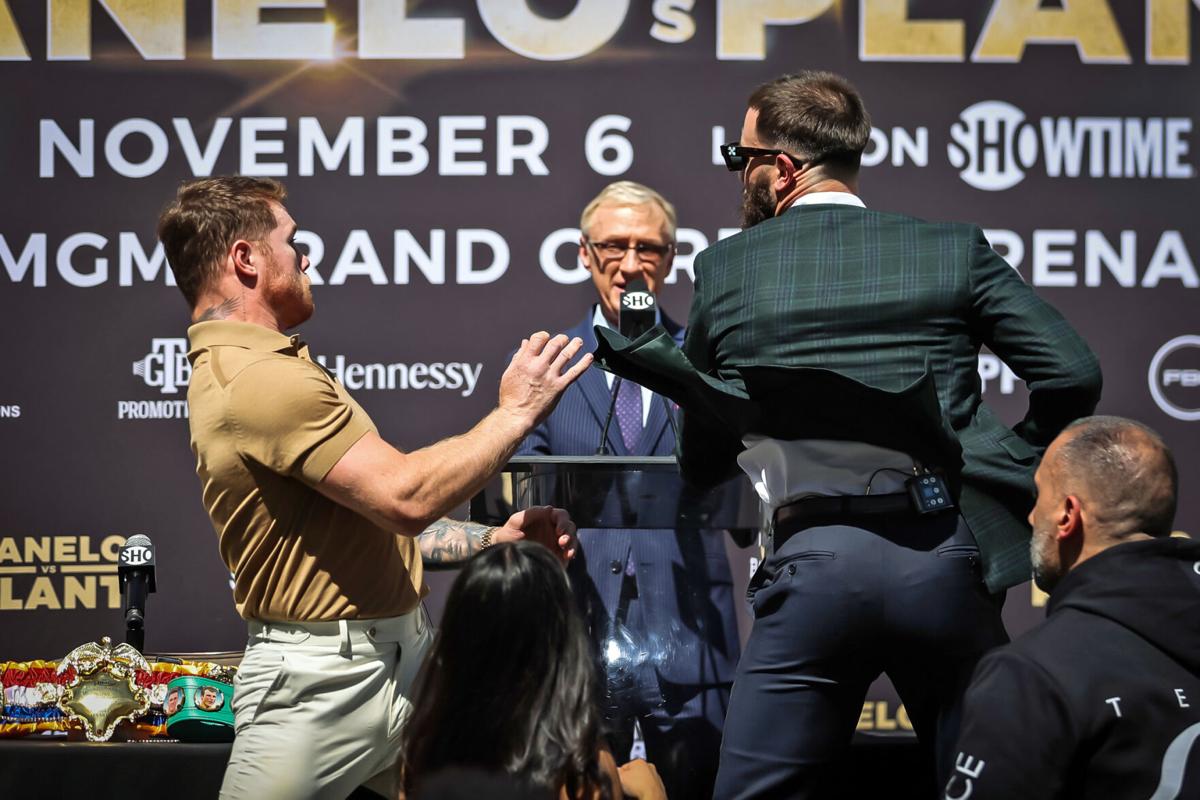 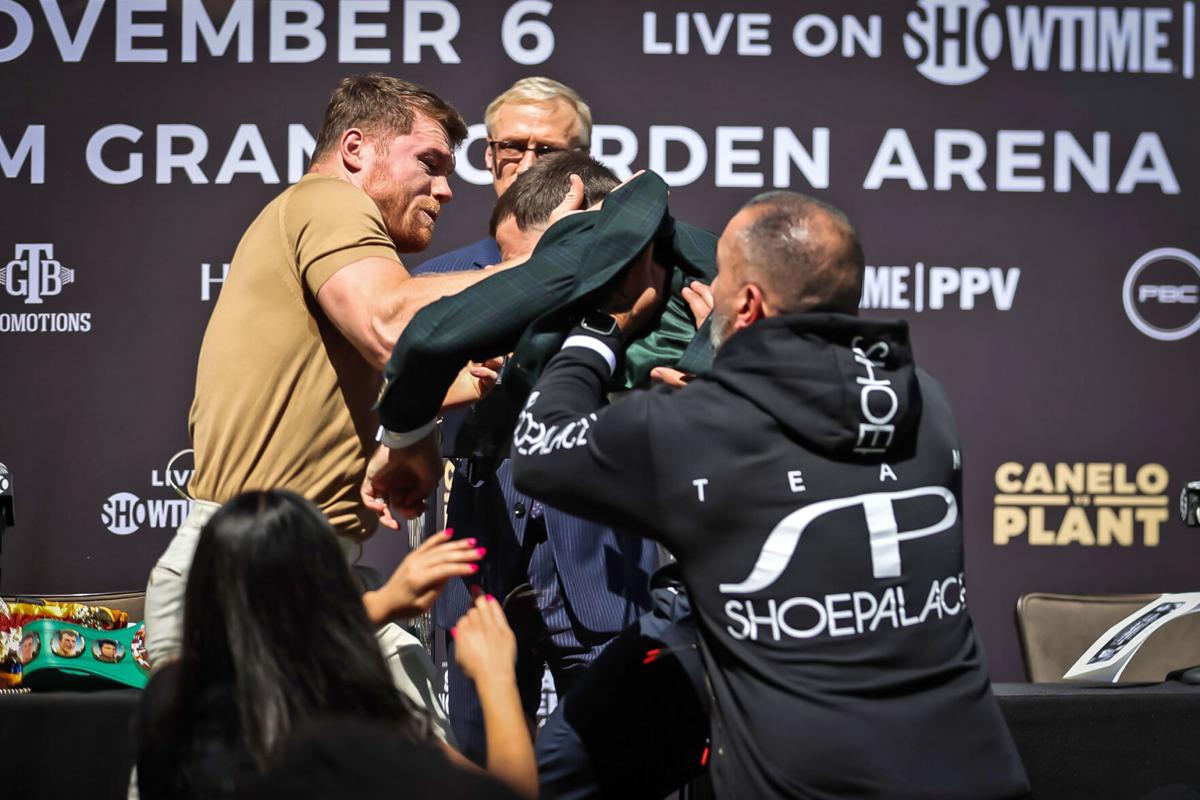 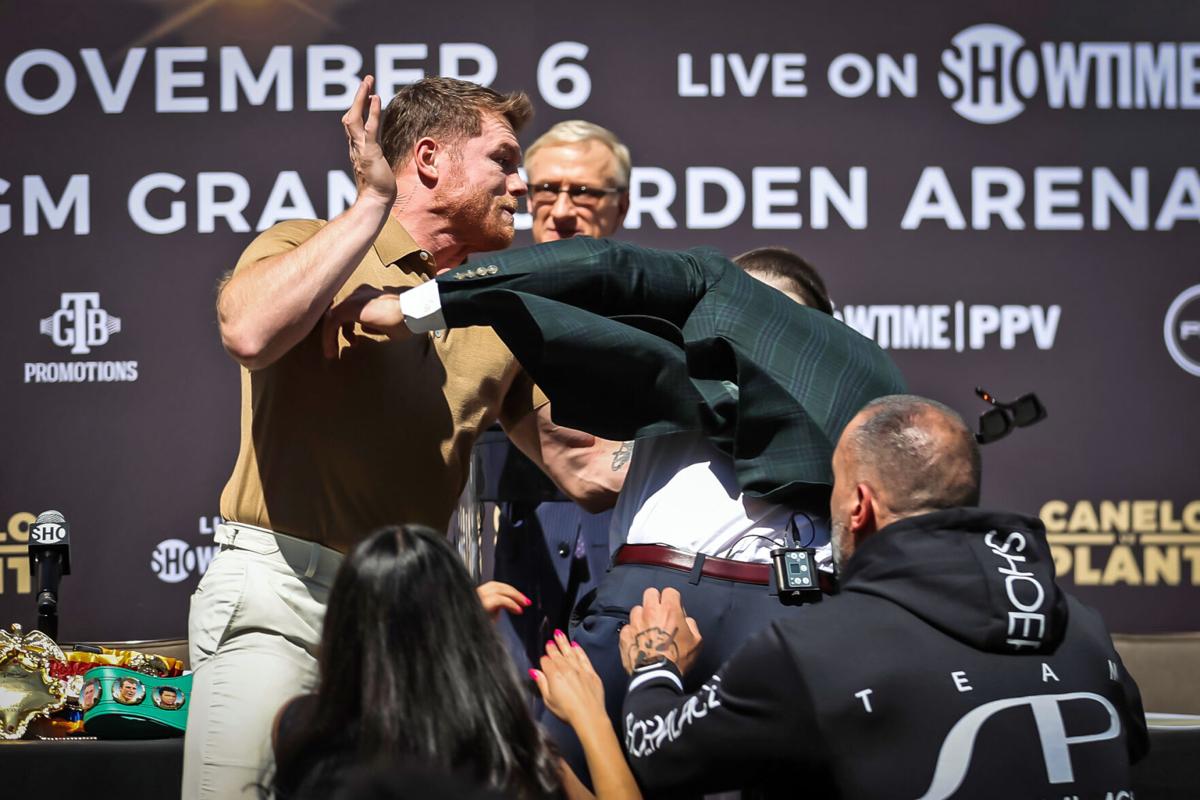 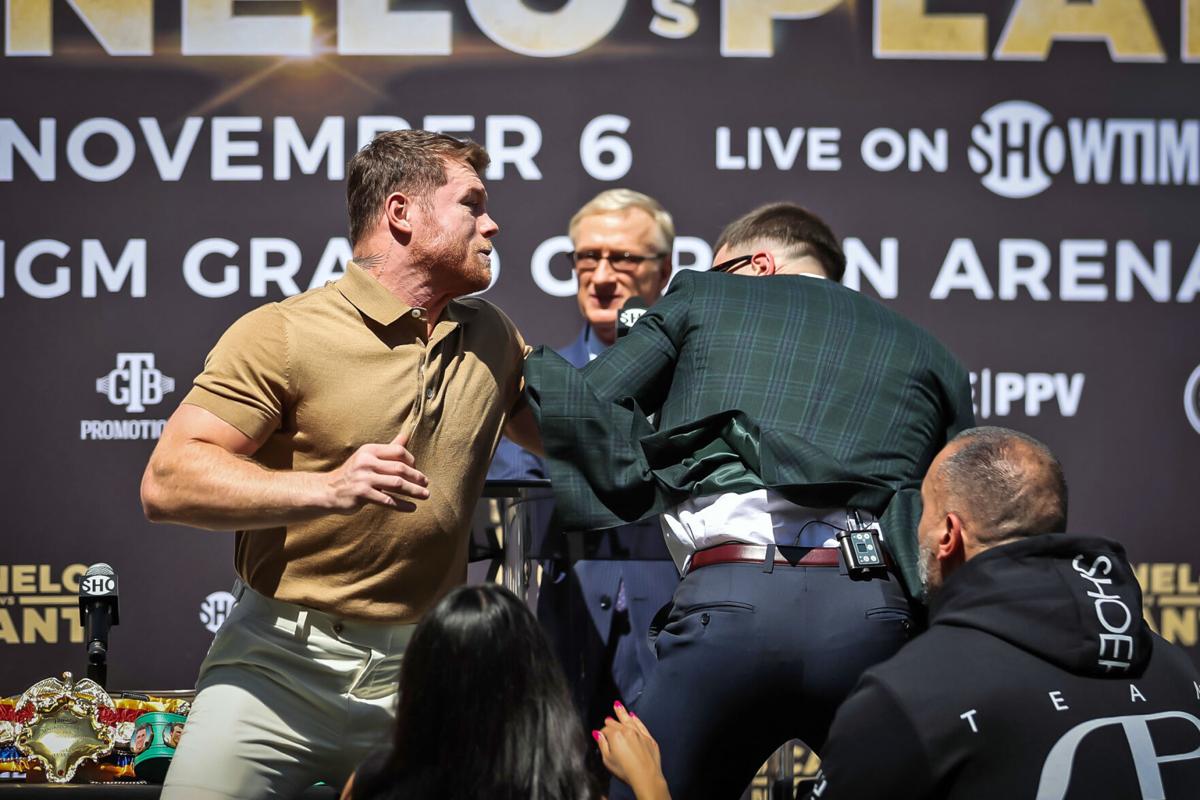 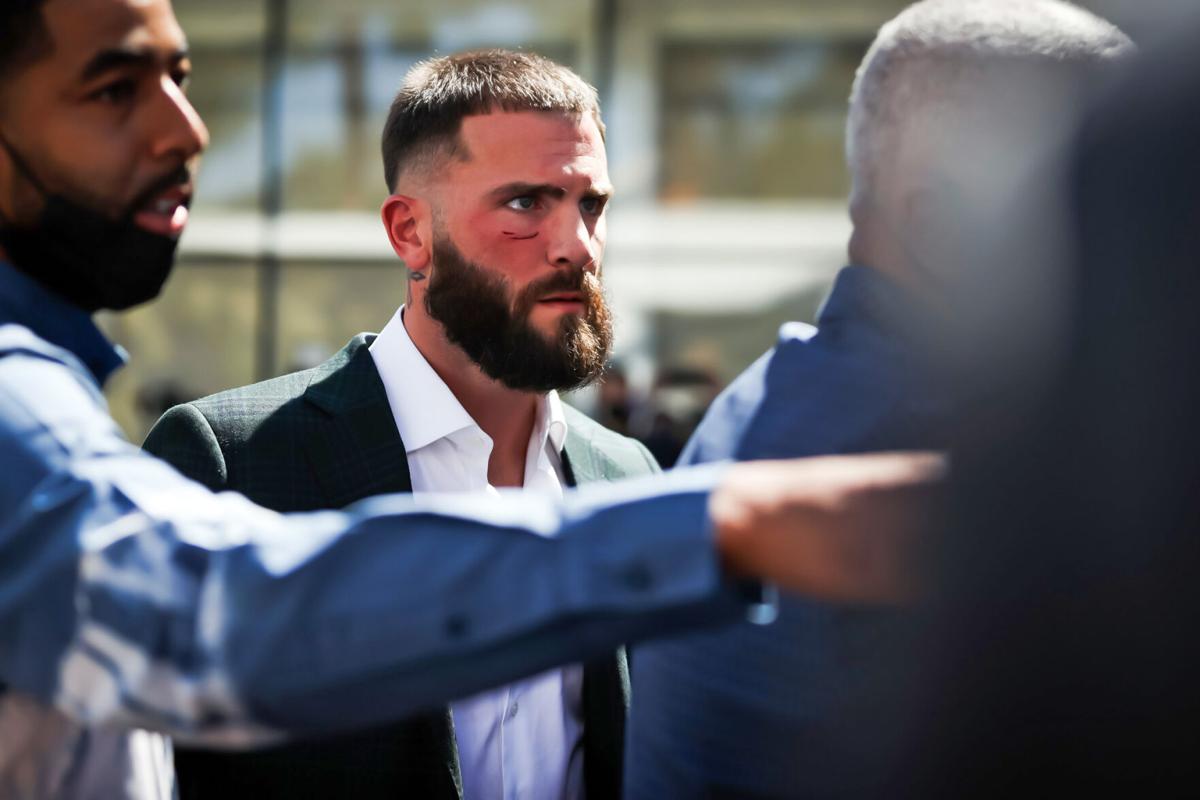 The real-life animosity between Caleb Plant and Canelo Alvarez was palpable during their pre-fight press conference on Tuesday in Beverly Hills, California.

For the last few weeks, Plant has been taking Twitter shots at Alvarez and training partner Oscar Valdez, who recently tested positive for a banned substance. Plant insinuated that all fighters on Alvarez’s team use performance-enhancing substances.

Alvarez was busted in 2018 for using a banned substance and suspended for six months.

But during a stare down at the Beverly Hilton Hotel, Alvarez shoved Plant backward after the Ashland City native reportedly called the 31-year-old a “motherf---er,” according to Alvarez, who took it as a sign of Plant’s disrespect toward his deceased mother.

Plant responded by taking a swing at the consensus No. 1 pound-for-pound fighter in boxing, grazing him with a left hook before Alvarez threw a few jabs Plant’s way. The two were separated by officials before things escalated further and finished the press conference.

"If he's going to turn it into a fight, then that's what it is,” Plant told ESPN. “I'm not no punk. You don't just get to stand up here and do whatever you want to me. Maybe the rest of these guys, you can just come up here and they're all scared of you. ... That's not how this works."

Neither fighter was seriously injured although Plant suffered a minor cut under his right eye and Alvarez was bleeding slightly from his left forearm.

“Being undisputed [champion] would mean a lot. I’ve sacrificed so much to this sport, and I’ve been doing this a long time. All that work would come down to one moment. I want my name in those history books and that’s the only reason that I’m here.”