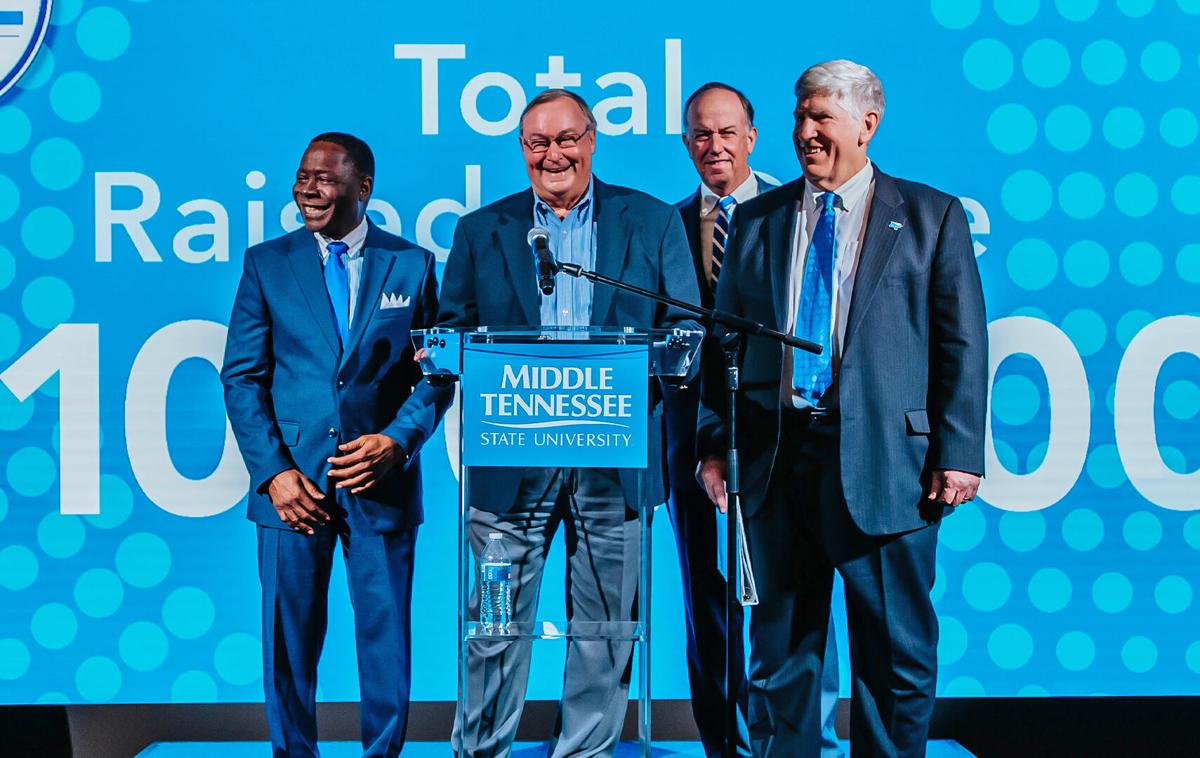 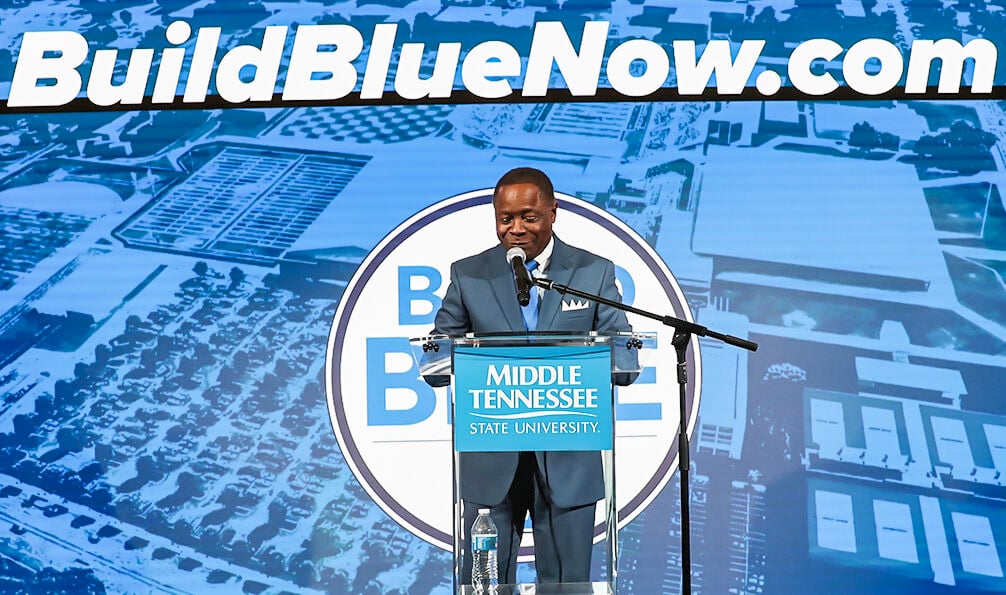 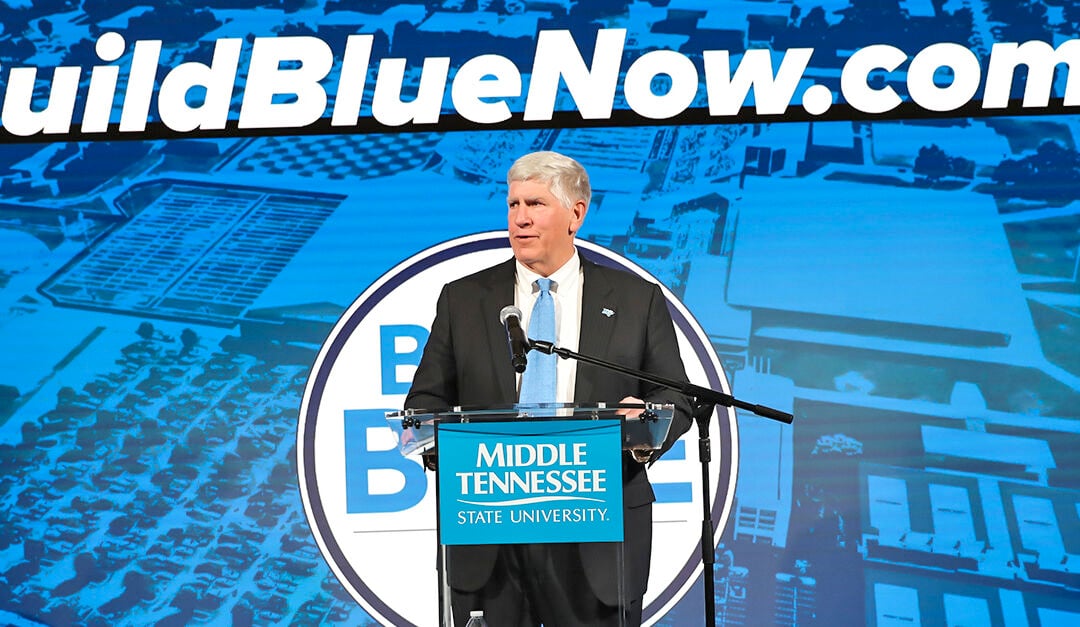 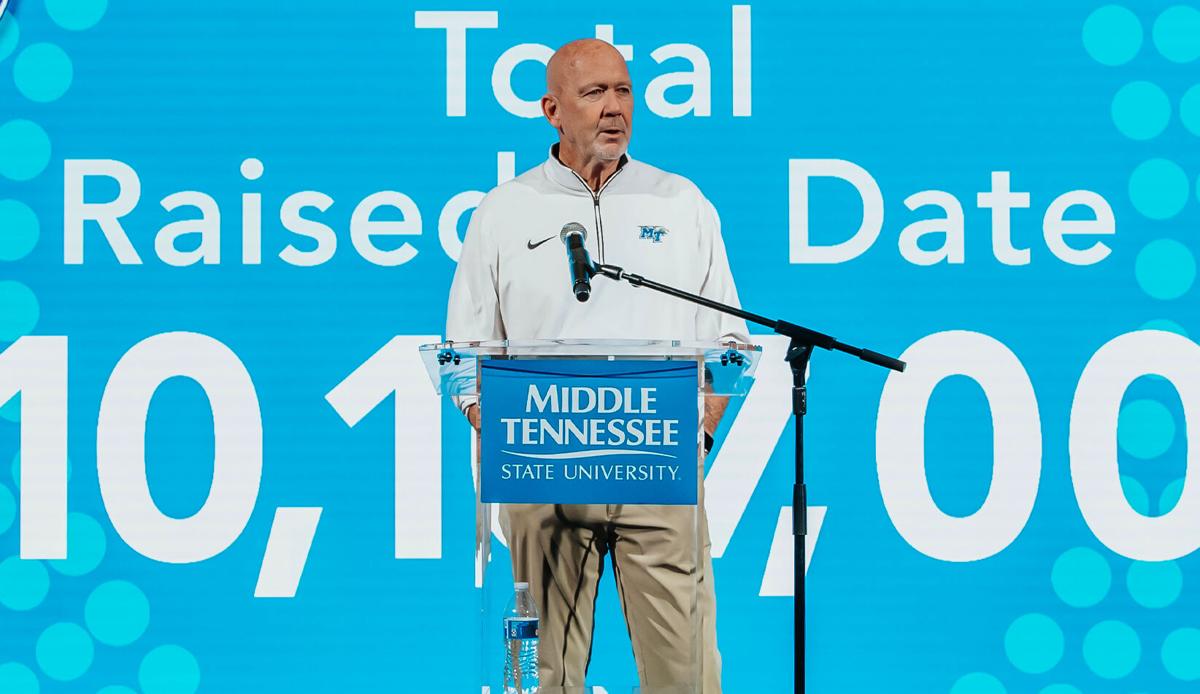 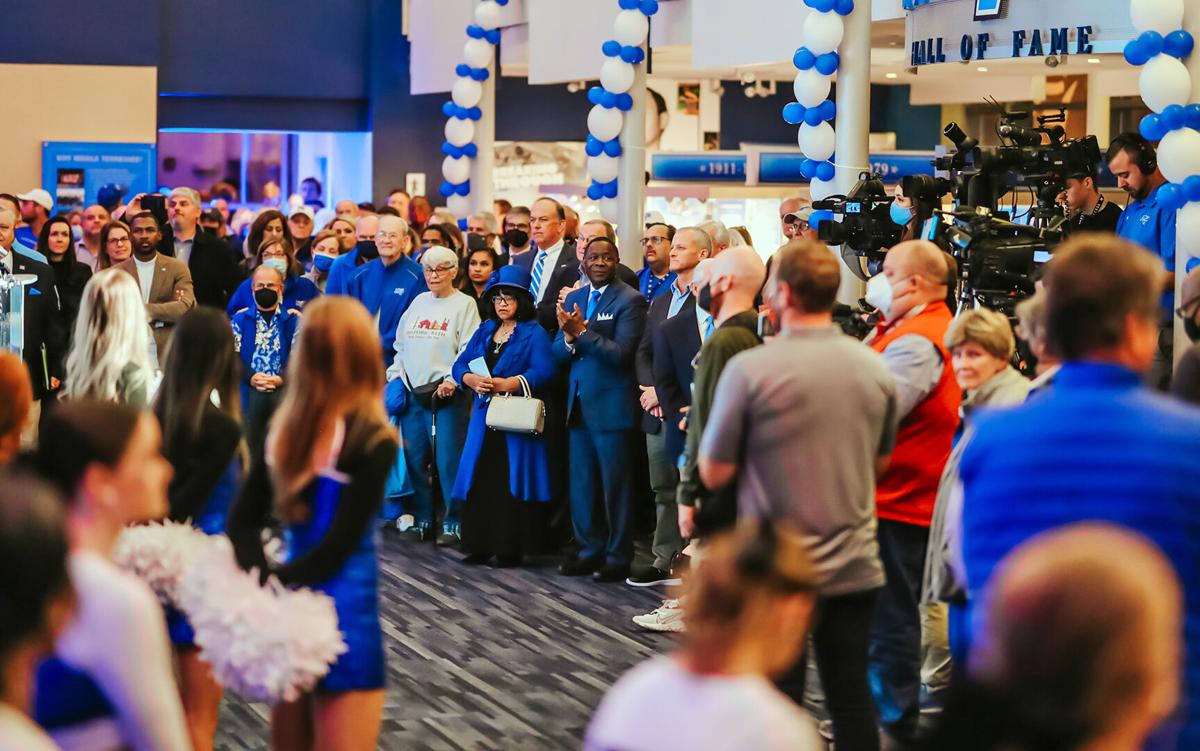 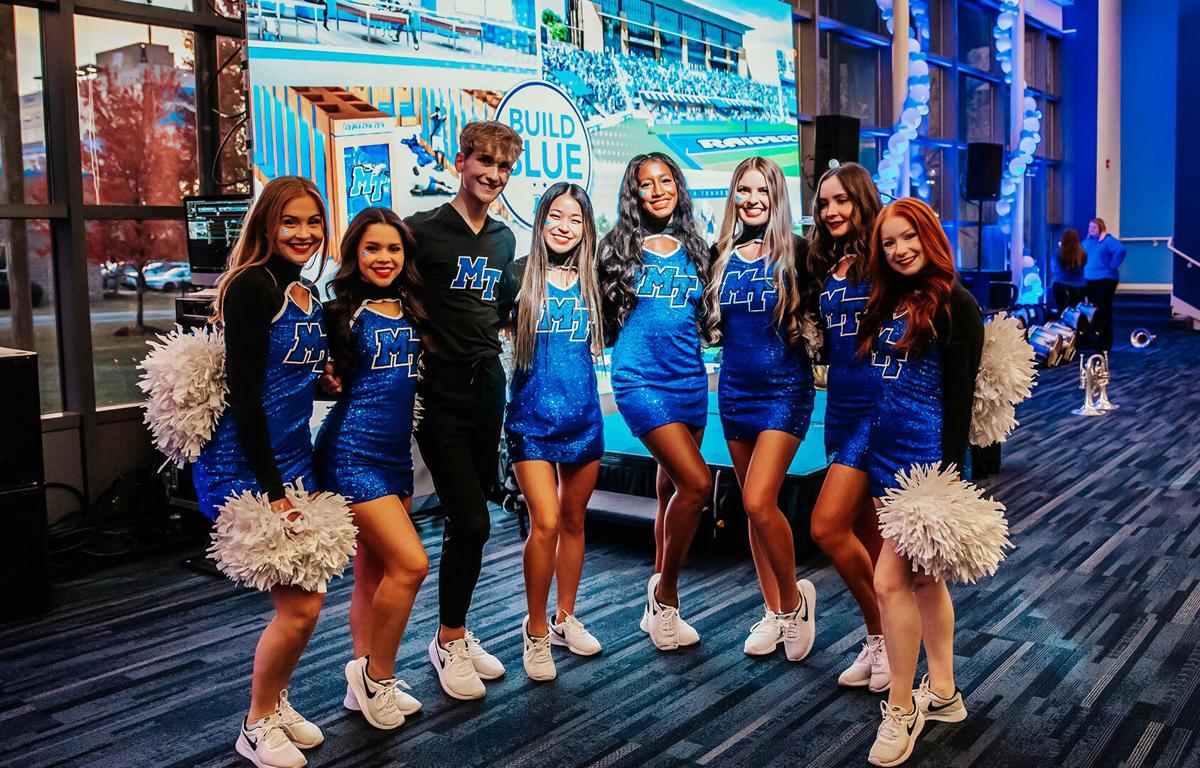 Vanderbilt isn’t the only Nashville-area university upgrading its athletics facilities.

During a special ceremony Monday in the Emmet and Rose Kennon Sports Hall of Fame building, Middle Tennessee State University formally announced it had secured the funds for Phase 1 of its planned $100 million facility upgrade initiative. It's a dollar goal that MTSU President Sidney McPhee stated became clear during the school’s pondering moving to the MAC — the result of the go-around with conference realignment — and subsequent decision to remain in Conference USA.

The design stage of the project is expected to begin immediately, and construction is projected to finish before the 2024 football season.

"Imagine … a place that is inviting, highly functional and home to a state-of-the-art fan experience," McPhee said. "A place where our student-athletes get the training and tools they need — on the field and in the classroom — to reach their greatest potential.

“A place that reflects the ambition we in this room share for the future of Blue Raider Athletics. And a place that serves as an even greater tourism destination for Murfreesboro and Rutherford County."

GMC will serve as the architect of the project, with the HOK group working as the chief designer. Both companies have done similar projects for other universities, including Auburn, Clemson, Georgia and Vanderbilt.

The first phase includes a new $66 million three-story student-athlete performance center, which will be built where the current weight room and gameday rooms are located, just behind the north end zone of Floyd Stadium and adjacent to Murphy Center.

Details for all three phases are as follows:

- Renovations to the Murphy Center entrance

- New climate-controlled, multi-purpose indoor practice facility for all 17 MTSU athletic programs, to be built next to the student-athlete performance center

"This is transformational for our department, for our university and for our community," MTSU Athletic Director Chris Massaro said. "We will be able to better develop our players, attract top-notch recruits, and make our student-athlete experience second to none. This will truly represent a turning point for Blue Raider football."

Blue Raider head football coach Rick Stockstill and his wife Sara made a personal donation of $500,000 to the Build Blue fundraising campaign, which has set a goal of raising $15 million over the next five years to help fund the facilities project.

Also, the MTSU Board of Trustees is contributing $4 million.

"I'm the leader of this program," Stockstill said. "I think it shows how important this is to me by [contributing]…I want [our former players] to know how much I love and appreciate them and everything they've given. I want them to know, when they come back here in a couple years when this is done, they played a huge role in that being there."

"This will be huge in recruiting and player development while playing an integral role in our program reaching its full potential,” Stockstill continued. “This will be very rewarding for our current players and all the former players who sacrificed so much to make this happen. I am grateful to all of those who have made this possible."

Added Insell: "This is a win-win for everyone in that it will enhance the student-athlete experience as well as the fan experience in regard to renovations. We already have a great deal to offer at Middle Tennessee and this will only add to it."