A terms sheet, recently sent to the Metro Council by Mayor John Cooper, offers the most in-depth look yet at negotiations between the city and team. It is explicitly nonbinding, meant only to facilitate “ongoing discussions,” and was included in a package of documents related to a proposed $2.1 billion new stadium for the Tennessee Titans.

At its Nov. 1 meeting, the council is expected to review two associated pieces of legislation: an as-of-yet unfiled resolution endorsing the terms sheet, and an ordinance legally increasing the hotel-motel tax by 1 percent, one of the key funding mechanisms for backing up the city’s pledge of $760 million toward the new facility.

The Titans’ current lease, signed in 1996 and negotiated by former Mayor Phil Bredesen, binds the team and the city through 2029. It put the city on the hook for the majority of upkeep necessary to keep the team's facility in “first-class condition” — a term that, the team has argued, will cost the city billions of dollars to satisfy at Nissan Stadium. Almost a year of negotiations, borne by weekly meetings between the mayor and team, have produced a new agreement that includes details about the future stadium’s 15-acre site, the development of surrounding real estate into a “Stadium Village” and a dedicated entity that would oversee the construction and operation of the facility.

Council Director Margaret Darby sent the terms sheet to councilmembers on Thursday around noon, three days after the Titans and the mayor held a joint press conference announcing they hoped to abandon the Titans’ current lease at Nissan Stadium in order to pursue a new facility with new terms.

Other documents sent by Darby included a letter to Mayor Cooper from Titans owner Amy Adams Strunk, a letter from Cooper to the Metro Sports Authority and the council, and an advanced summary of the city’s liability under its current Nissan Stadium lease with the team compiled by consultancy Venue Solutions Group.

This story was first published by our sister publication Nashville Scene. 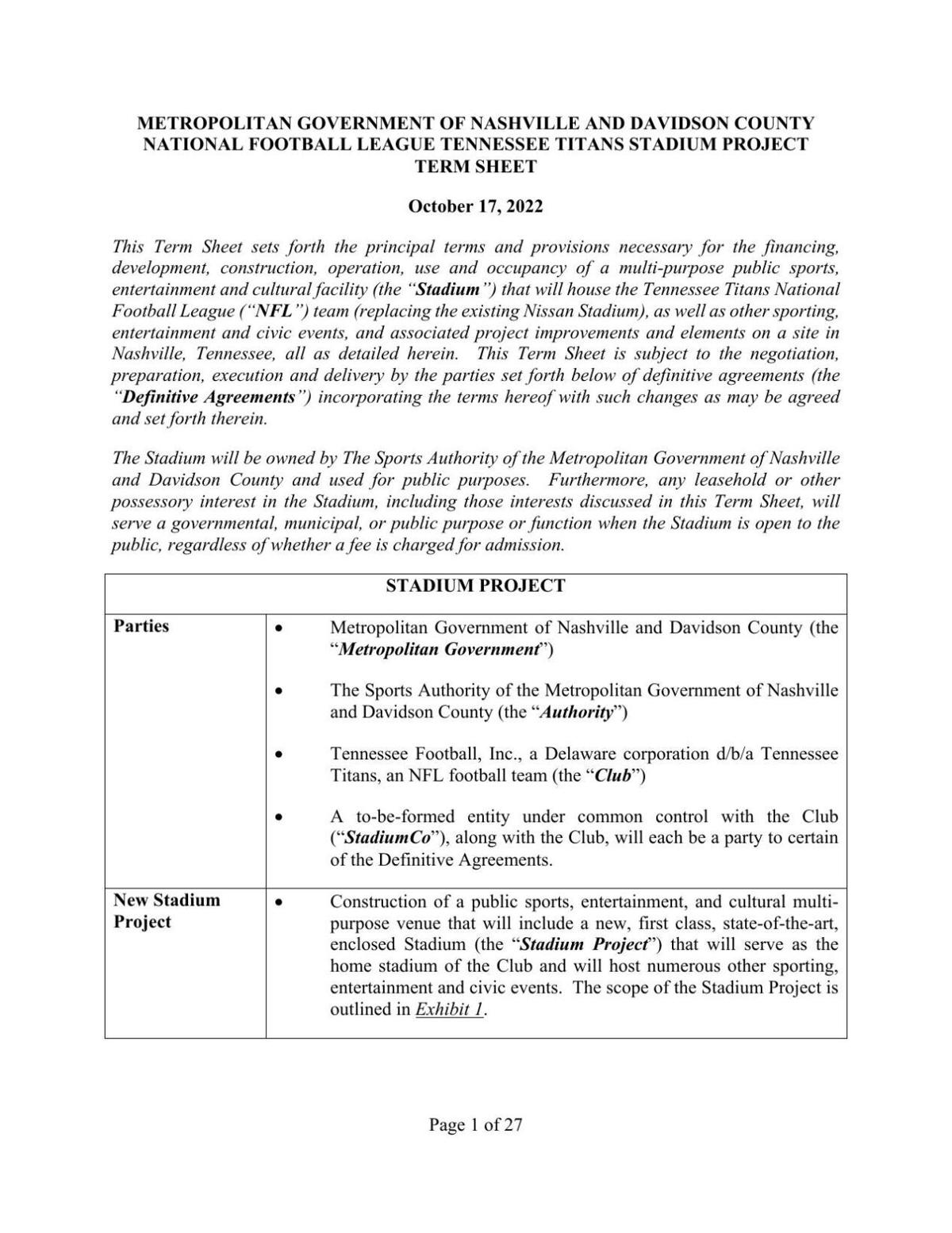