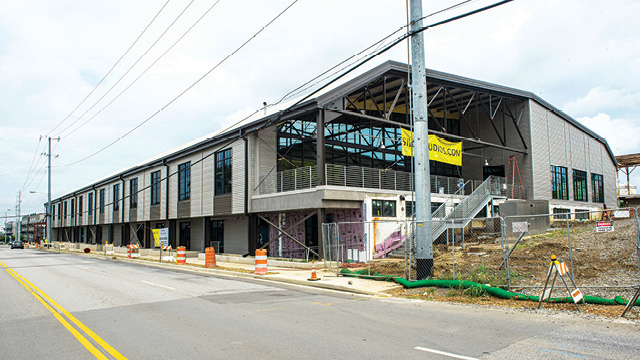 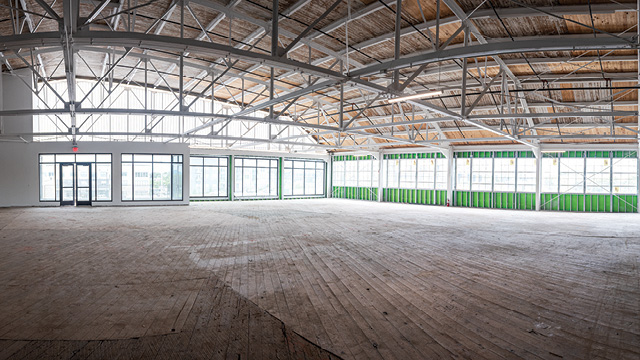 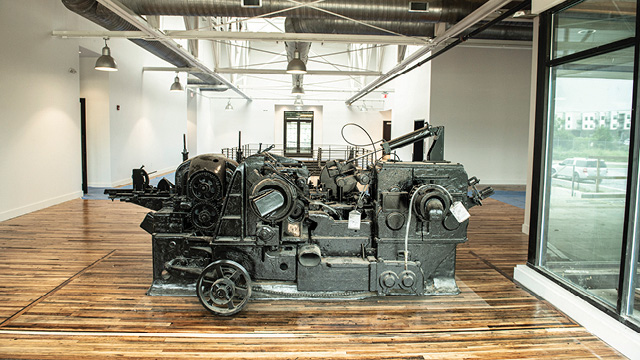 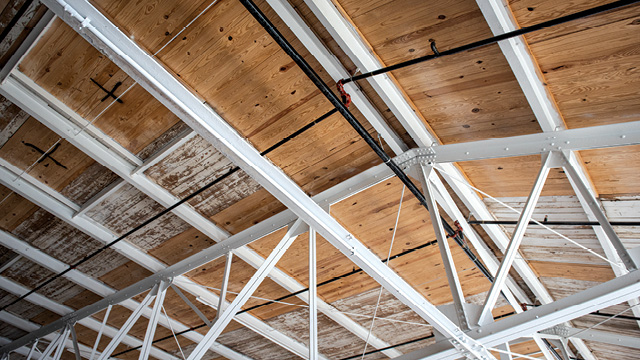 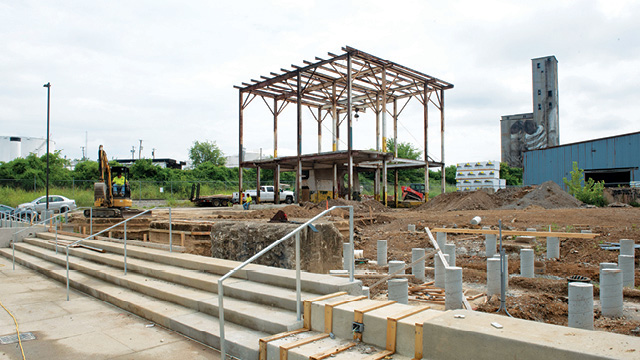 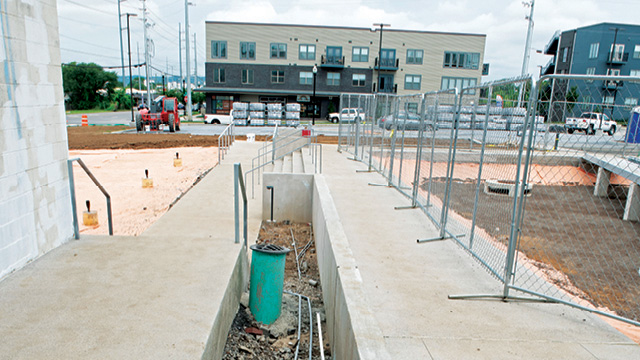 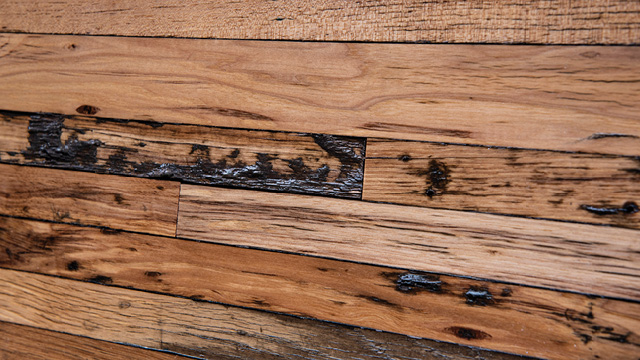 The Nations has seen an impressive list of noteworthy projects since the Great Recession ended. Now Nashville-based Dowdle Construction Group is nearing completion of the conversion of a two-story, 80,000-square-foot former lumber mill, a project that ranks highly on that list — if anything due to its sheer size.

Once finished by late September, Silo Studios — to sit at the intersection of Centennial Boulevard and 54th Avenue North and to be part of the overall Silo Bend community — will offer retail and office space.

Charleston, South Carolina-based development company Flyway owns the building, having paid $3.8 million for it in May 2017. Dowdle, in partnership with Southeast Venture (which is handling design work), began reinventing the former industrial lumber mill — located near the iconic and mural-adorned silo in The Nations — in March 2019.

Dowdle is experienced with adaptive reuse projects, with its resume including L&L Market on Charlotte Avenue, The 1865 on 21st Avenue North, Hi-Fi Clyde’s on Church Street, Martin’s BBQ in SoBro and Olive & Sinclair in East Nashville.

The Post talked with Glynn Dowdle, company president and principal, to get his insights regarding specific elements of the project.

Dowdle says a main challenge included the fact that when the lumber milling company moved in 2006, it removed some of its heavy equipment, creating holes in the roof and sides of the building. The structure then sat abandoned for 13 years and suffered extensive water damage.

“This made it extremely difficult to determine the true extent of the damage and understand what would need to be replaced,” he says. “It wasn’t until we started removing some elements of the building that we could get a clearer picture of the work that lay ahead. It became like a game of dominoes. We’d remove something only to uncover another issue.”

Dowdle says that preserving as much of the original materials as possible and “telling the building’s story” was extremely important to Flyway. Some equipment from the building’s lumber mill days had been left behind, and Flyway decided to incorporate those elements.

“We extracted the two pieces of equipment, which weighed over 34,000 pounds each (that’s the equivalent of about 10 Toyota Camrys), had them cleaned and painted and brought back to the site,” he says. “Both will be on display — one inside the building and the other in one of the outdoor spaces — with signage explaining their original use in the old lumber mill.”

Silo Studios is one of the largest old-school bow truss structures in Nashville — an 80,000-square-foot building spanning 137 feet from one side to the other and with no intermediate structures or columns in between. The entire roof system is bearing on the outside walls.

“While we’ve worked on smaller bow truss buildings, like the one that houses (restaurant) Adele’s in The Gulch, it was a privilege to be involved in the effort to restore such a unique space,” Dowdle says.

All major adaptive reuse construction projects come with frustrations and, as Dowdle says, “it’s a given” that such work isn’t always going to go as planned. That truth is “amplified” when restoring an older building, he adds. In this case, the infrastructure related to water management had to be both bolstered and supplemented (at far left).

“At Silo Studios, we had to keep adjusting and moving forward in spite of daily changes or challenges,” he notes. “Thanks to the regular interaction we had with the team of experts we were working with, we were able to ensure a solid product.”

Dowdle says Flyway wanted to salvage as much of the original tongue-and-groove hardwood flooring as possible (at left).

“Despite the majority of it having been water damaged — with other areas that had been soaked with oil that dripped from the machines or covered in an ungodly amount of sawdust and dirt — we were ultimately able to save and restore enough to cover the floor in the main lobby,” he says.

Silo Studios will feature a few elements that lend themselves to versatility for future usage, such as the outdoor space (pictured at top).

“With all of its challenges and constant adjustments, this project showed us once again that it takes more than just individual star players who are experts in their field to have a successful project,” Dowdle says. “It takes everyone — the owner, designer, engineer and contractor — working together as a team to truly complete a complex project like this successfully.”