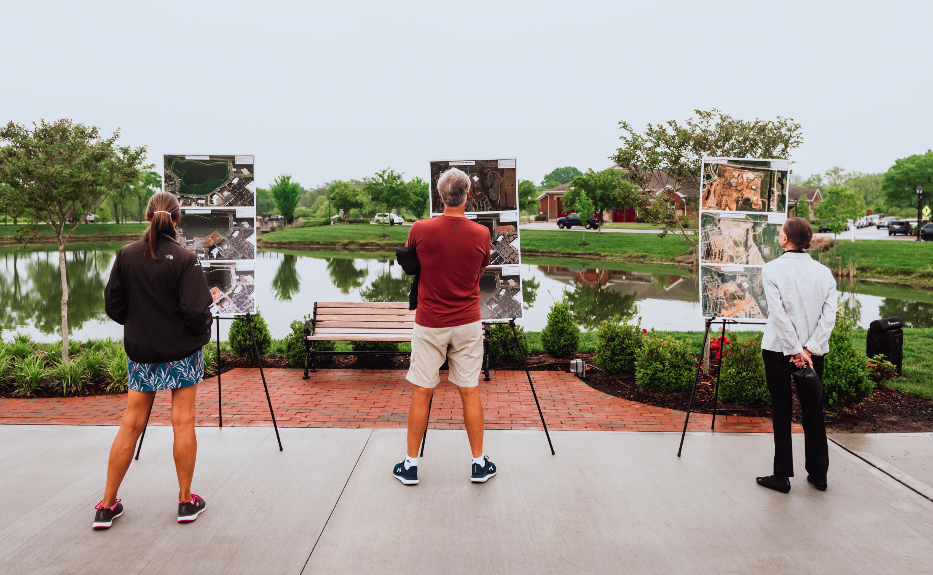 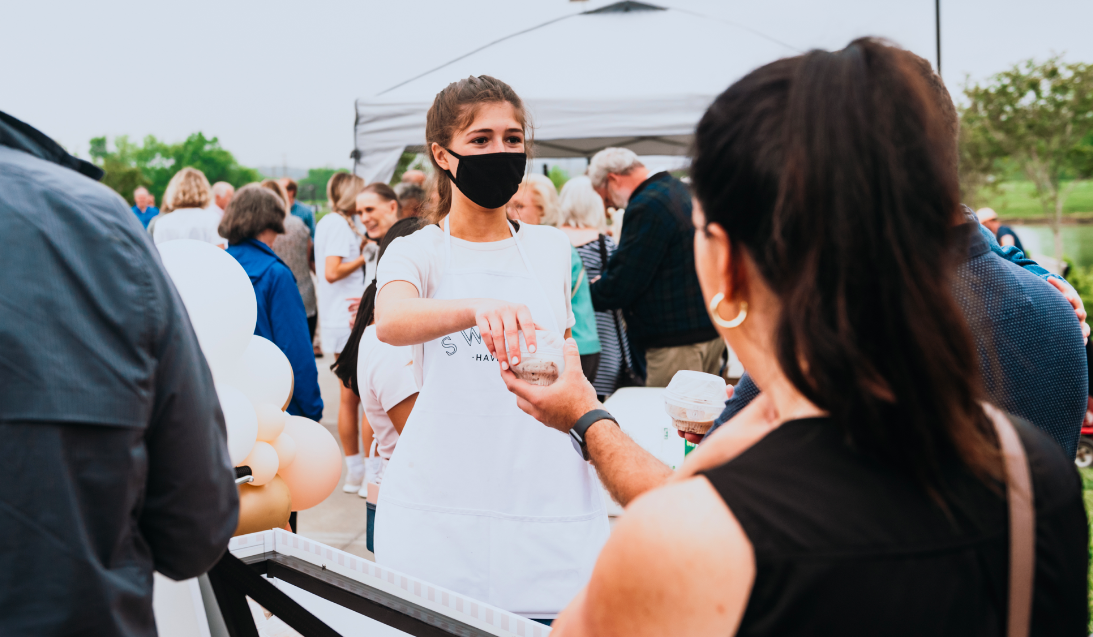 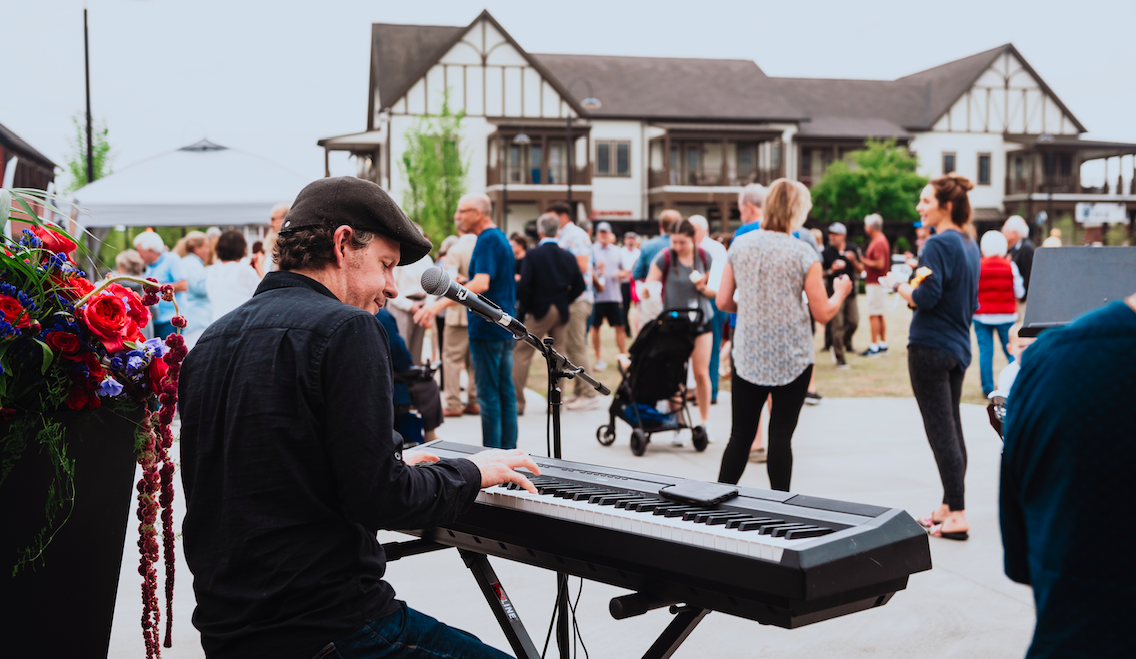 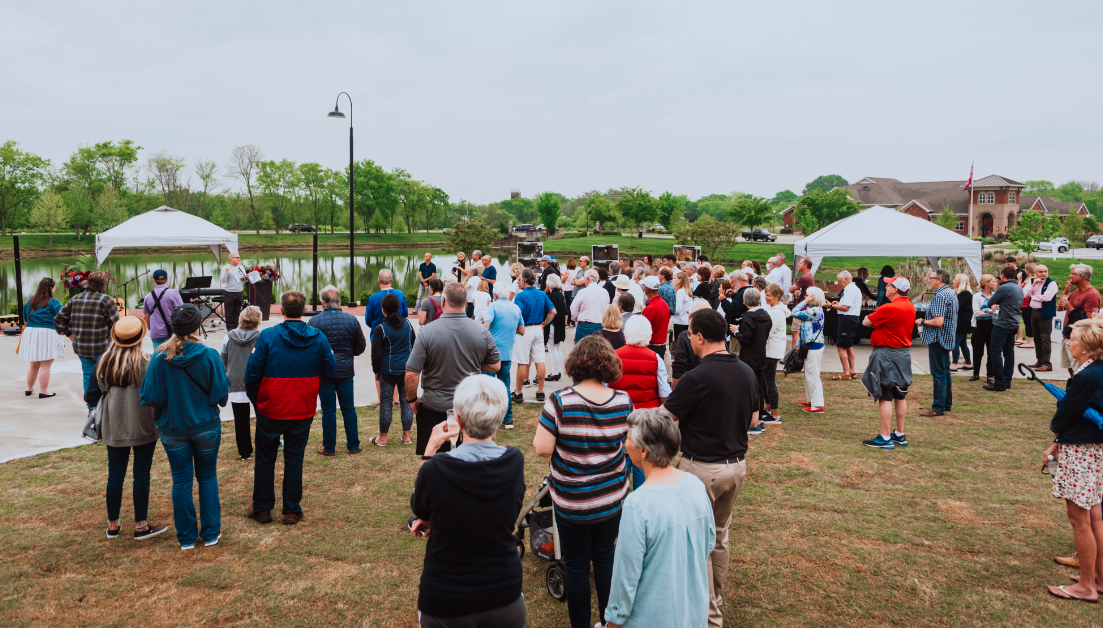 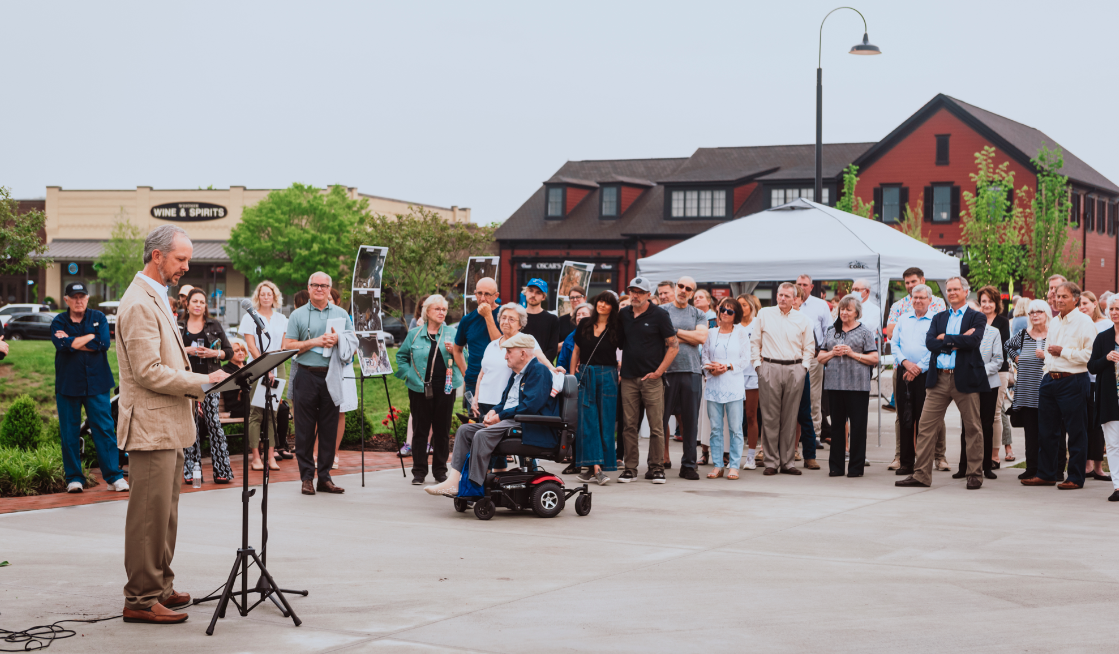 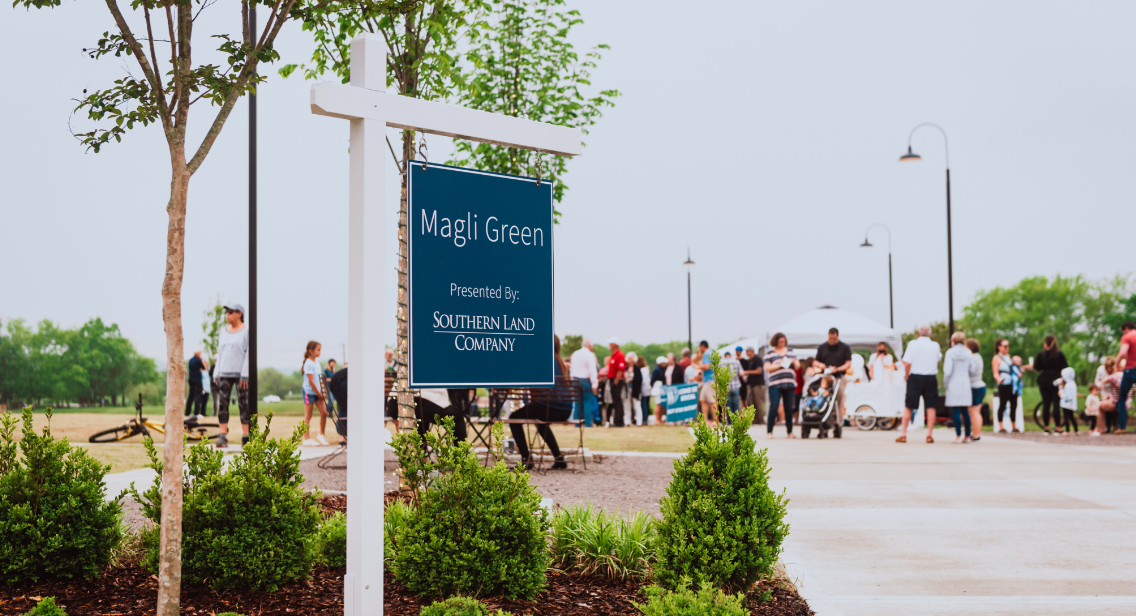 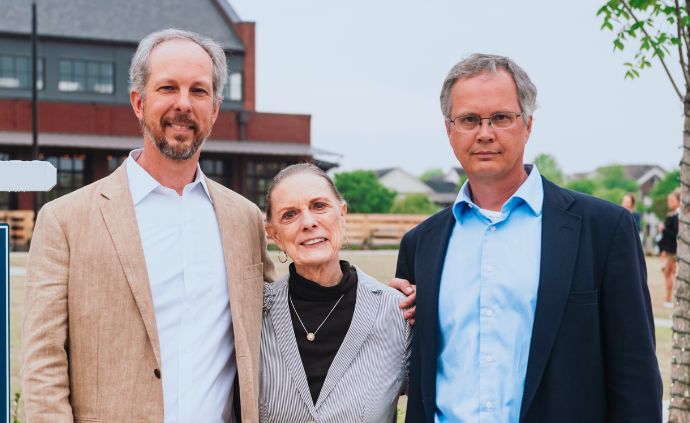 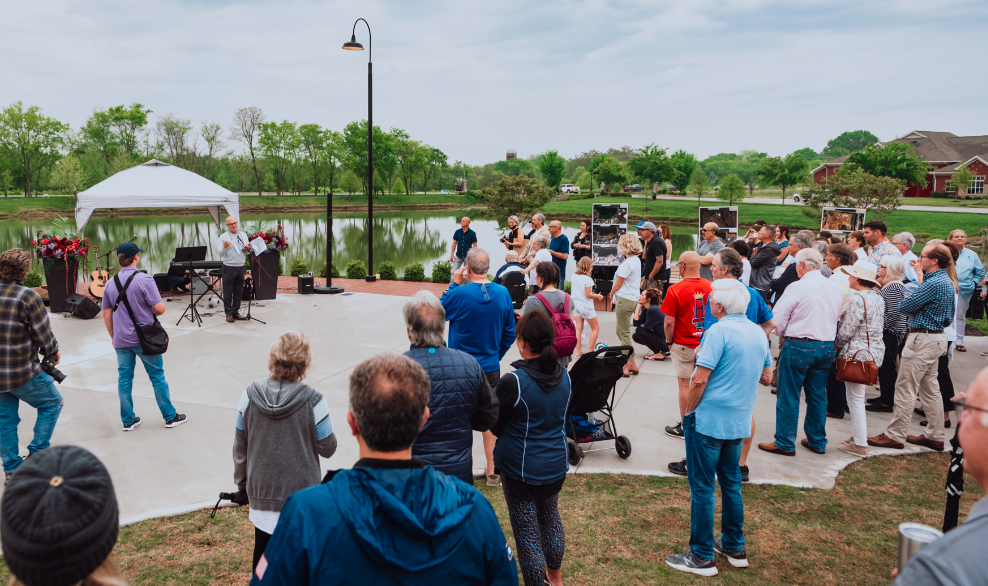 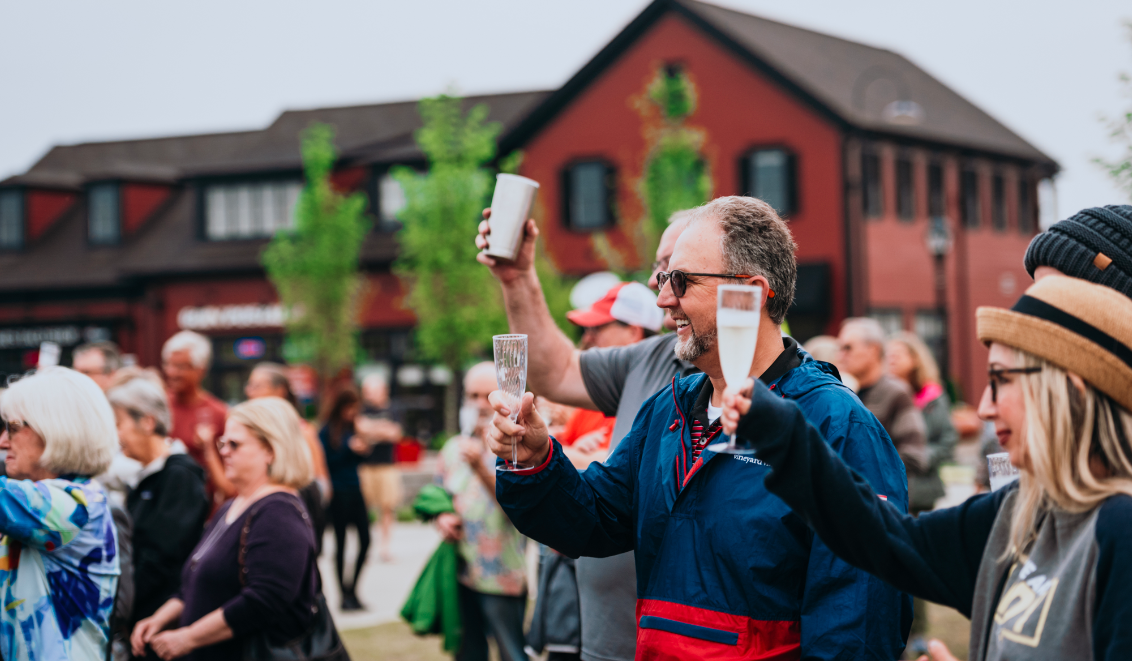 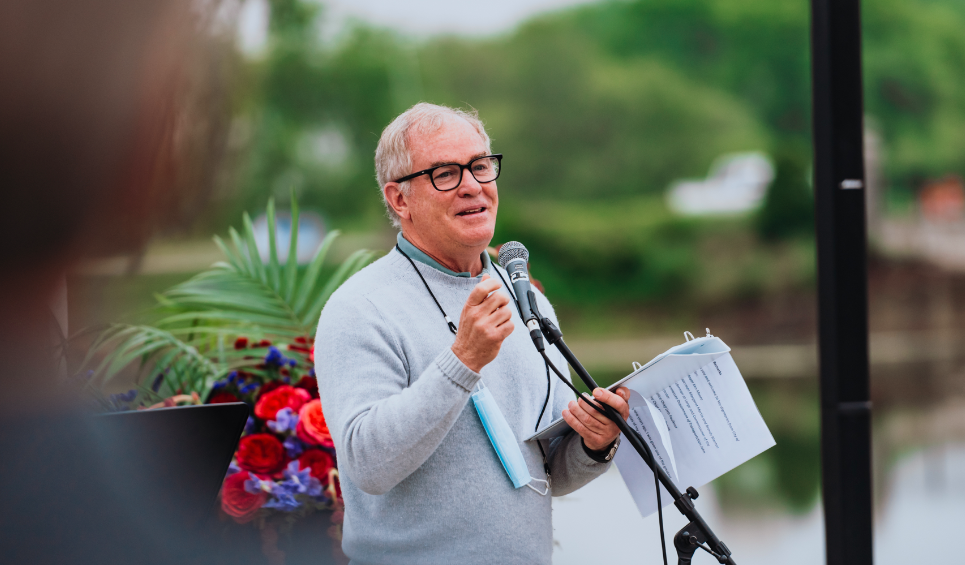 Executives of Southern Land Co. recently hosted a celebration to make the completion of their Town Center at Westhaven commercial development and to dedicate the Westhaven neighborhood’s lakefront park as Magli Green.

The town center off Highway 96 west of downtown Franklin is home to more than 30 businesses and service firms. Its Magli Green element is named after the late real estate executive Boyce Magli, a longtime friend of Southern Land President and CEO Tim Downey, and will be open to the public and be able to host concerts, special events and other programming.

“The park, to me, is the crown jewel of the Town Center, and the perfect way to pay tribute to Boyce Magli and his family, who dreamed of what was possible for this land many years ago,” Downey told a crowd that included Franklin Mayor Ken Moore, Aldermen Margaret Martin and Brandy Blanton, Alderman at Large and Commissioner of the Tennessee Department of Transportation John Schroer, Police Chief Deborah Faulkner, and Fire Chief Glenn Johnson. “Boyce had the idea to assemble this land and put together a master plan to transform it into something special and magical.”