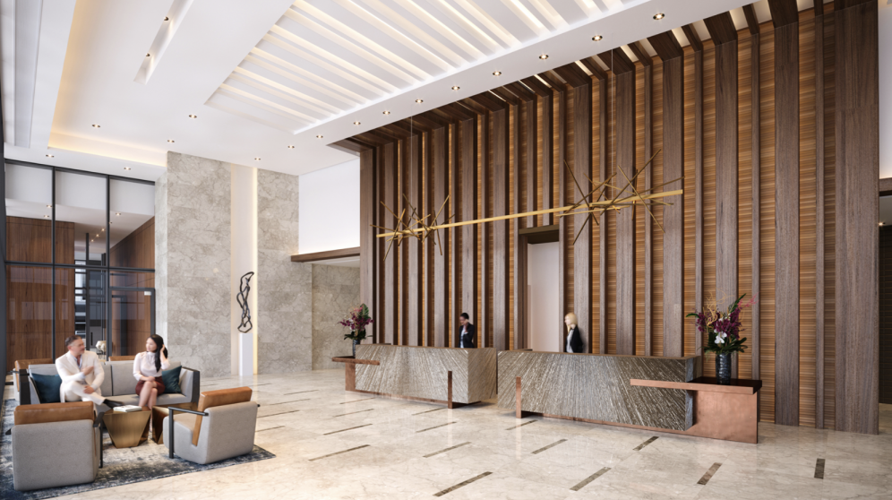 The hotel component of the building offers 193 rooms and 42 suites between the 7th and 14th floors. The building also is home to 144 residences positioned on its uppermost floors.

A release notes the luxury hotel will feature art collection highlighting both local and international artists. It will include more than 700 reproductions by Berlin-based multi-discipline contemporary artist Gregor Hildebrandt.

The 40-story glass skyscraper was designed by Chicago-based Solomon Cordwell Buenz architects, with the interiors crafted by Marzipan and HOK. A release notes the hotel spaces will offer a “modern use of steel, copper, bronze and the state’s native black walnut.”

“With every new location, Four Seasons takes inspiration from the local community and culture, celebrating what makes it special today, and proudly contributing to its future,” Antoine Chahwan, Four Seasons president, hotel operations-Americas East, said in the release. “Nashville’s creative spirit makes it one of the country’s most exciting destinations, and it will soon be home to a truly exceptional Four Seasons experience.”

According to a Davidson County Register of Deeds document, Wells Fargo provided the loan for the development, which is unfolding in Rolling Mill Hill.

Hensler and Stiles paid $16 million for the 4.57-acre property in March, with the Metro Development and Housing Agency the seller.

The main Peabody Union tower will rise 27 stories and offer 354 residential units. In addition, a Class A office building with 251,000 square feet will stand six floors on the site. Also, the overall development will feature 50,000 square feet of retail.

To carry an overall price tag of almost $300 million, Peabody Union will offer a main address of 30 Peabody St. and overlook the Cumberland River. A fall 2024 completion is eyed, Hensler previously told the Post.

Synergy, A Henricksen Company, will relocate to the first floor of Panattoni Development’s 1030 Music Row in early 2023.

“As the city continues to grow, it's important for us to be in the middle of the excitement,” Moore said in the release. “1030 is surrounded by new development, and we couldn’t be more excited to go into this space.”

JLL’s Bo Tyler represented Synergy, A Henricksen Company, in the transaction and JLL’s Sarah Pettigrew represented Panattoni, which development the site with 1030 Music Row and owns the building.