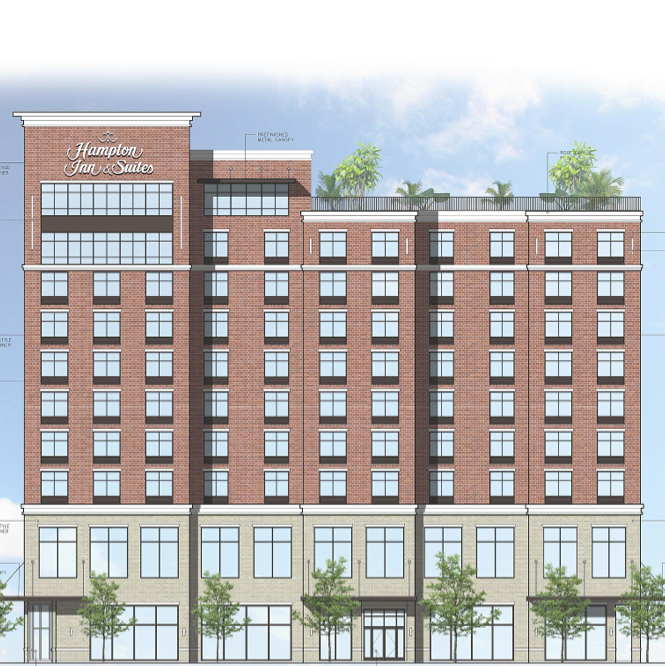 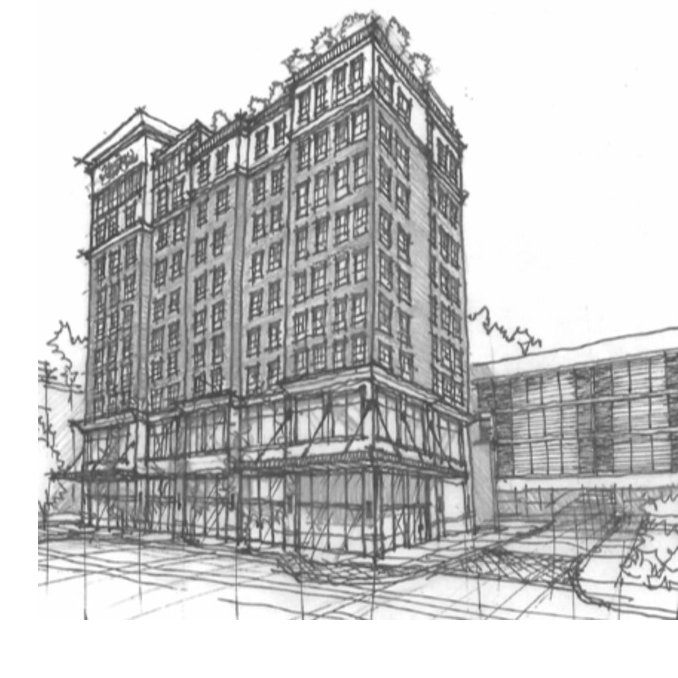 The team behind the 10-story Hampton Inn & Suites hotel project underway in Capitol View has released a new image of the building and applied for a key permit related to the effort.

Preliminary site work of the Hampton (click on the above image to see the previous rendering) began in late 2017, with an opening expected in the summer of 2019.

The aforementioned permit is for water and sewer work.

The 169-room hotel building will be located at the southeast corner of the intersection of 11th Avenue and LifeWay Plaza and will share Block E of the Capitol View site with Boyle’s under-construction multi-tenant 10-story office building that will house HealthStream’s new corporate headquarters when it opens in early 2019.

The development company seeking a mixed-use building in Midtown has applied for a grading permit.

In addition, Chicago-based Akara Partners told the Post Friday it expects to soon release an image for the tower, which will rise on a three-parcel site located at the southeast corner of the T-intersection of Division Street and 19th Avenue South.

To have an address of 1815 Division St. and with a working name of Kenect Nashville, the 20-story building is expected to include 420 residential units and about 24,000 square feet of ground-level retail space.