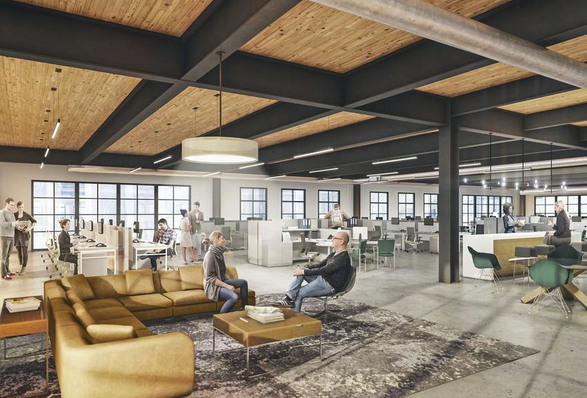 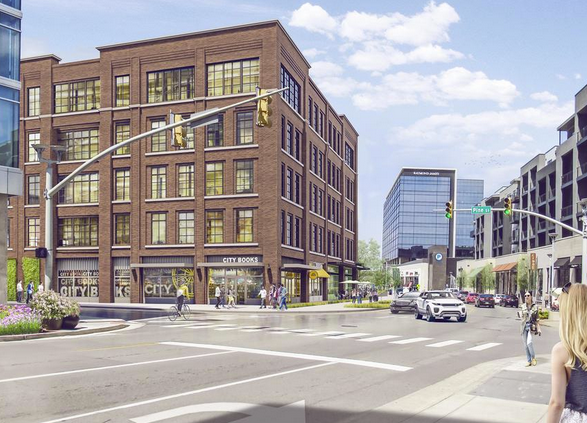 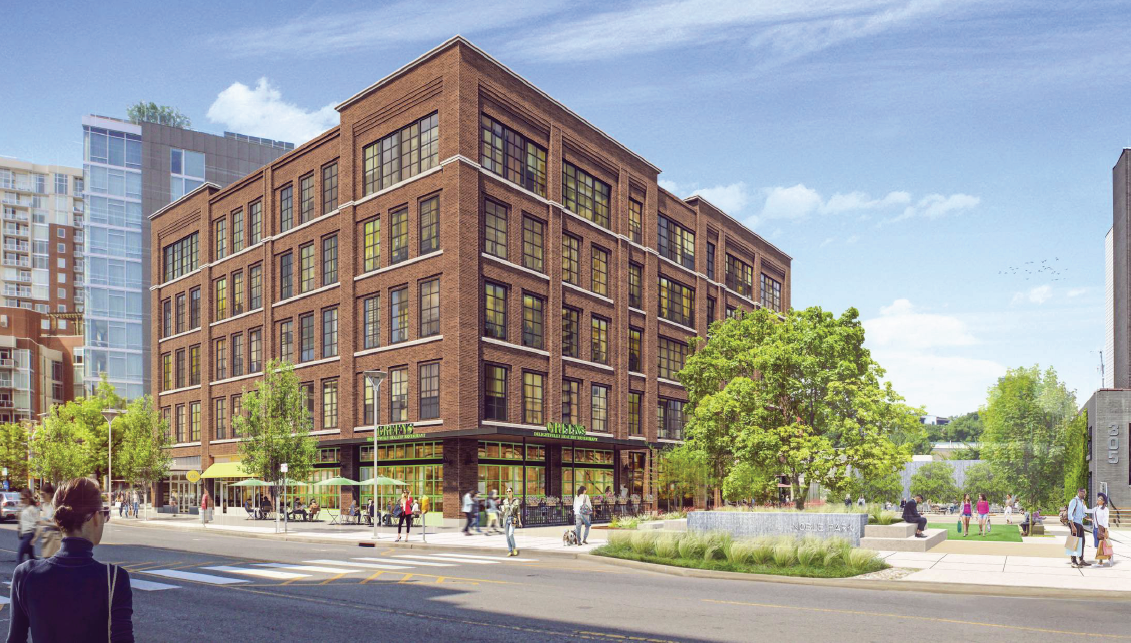 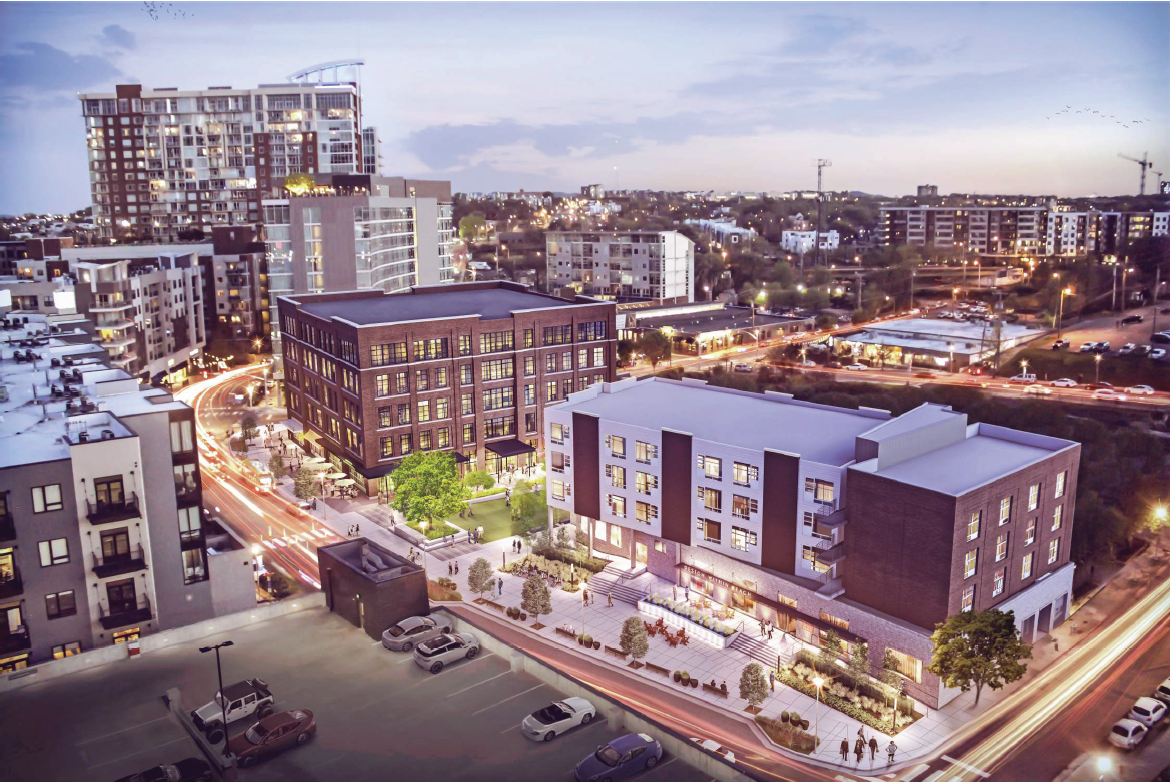 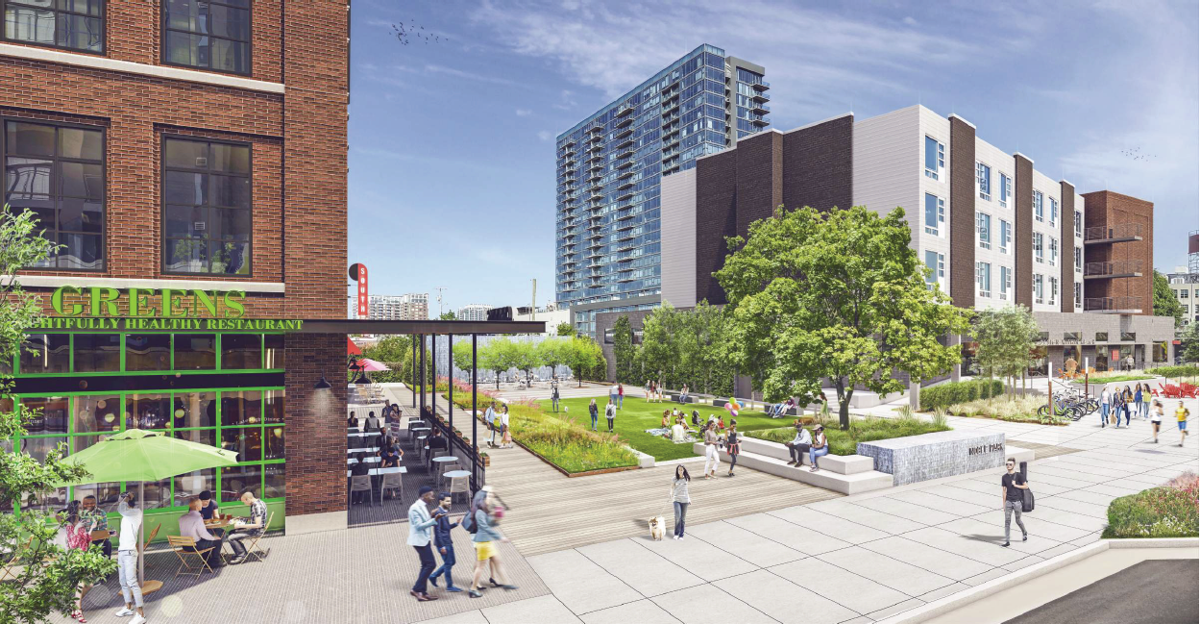 Gulch master developer MarketStreet Enterprises released plans for a five-story neo-traditional mixed-use building to be located in the heart of the bustling district.

A fall start is eyed at the site, which has long served as a surface parking lot.

To be joined by a small public green space, the office and retail building will be called Three Thirty Three and sit at the northwest corner of the intersection of 11th Avenue South and Pine Street. The address is 329 11th Ave. S.

The Metropolitan Development and Housing Agency Design Review Committee will need to approve the exterior design, which the body is slated to consider Wednesday.

Adjacent to and to the north of Three Thirty Three will be a wooden boardwalk and Noble Park, a green space to feature a "water wall.” A deck to be located in the rear of the park will be used for live performances.

“Since our first Gulch Master Plan in 2001, an urban pocket park has always been a feature that we set out to create for the neighborhood. This is the perfect time for this project,” Jay Turner, MarketStreet managing director, said in the release. “We will transform the center of the Gulch to become a community focal point and a visual representation of how far the Gulch has come. Each MarketStreet project is executed with the neighborhood’s totality in mind, so with Noble Park we labored over every detail to deliver an exceptional outdoor space that goes well beyond a traditional park.”

Nashville-based ESa is the architect, with LEED certification to be sought.

According to the release, ESa has designed a building that “blends industrial detailing, paying homage the site’s railyard history.” The building will feature 17,250 square feet on each floor and 14-foot floor-to-floor ceiling heights.

Via its Nashville Urban Venture LLC, MarketStreet owns the 0.88-acre site, having acquired it in 2003 for $1.12 million, according to Metro records.

MarketStreet has been involved in the development of multiple Gulch sites, including those home to Gulch Crossing and Thompson Nashville Hotel.