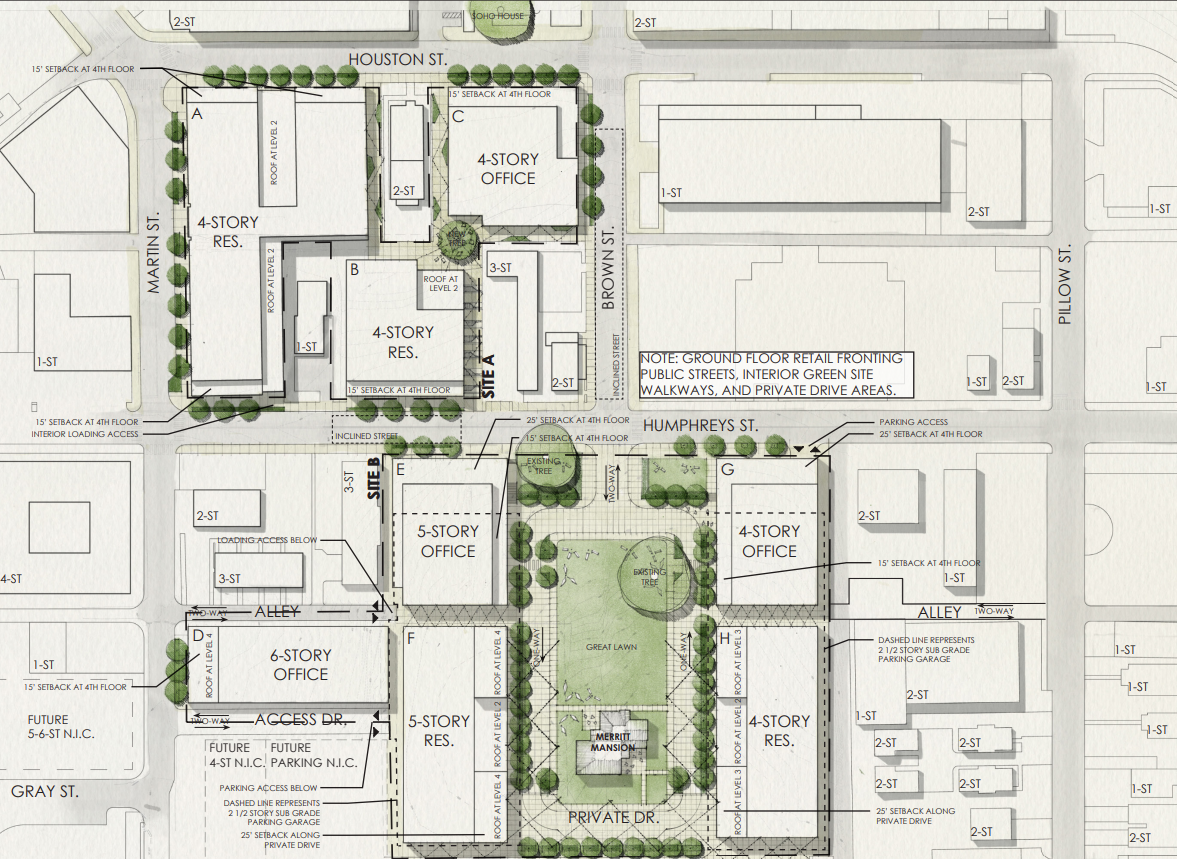 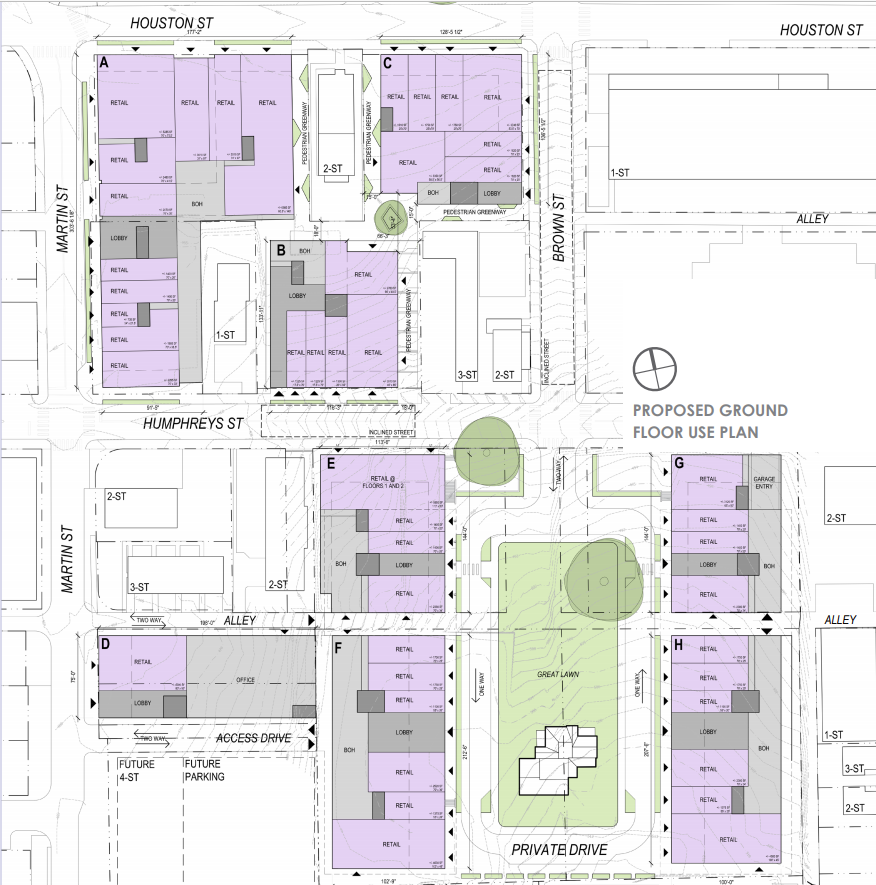 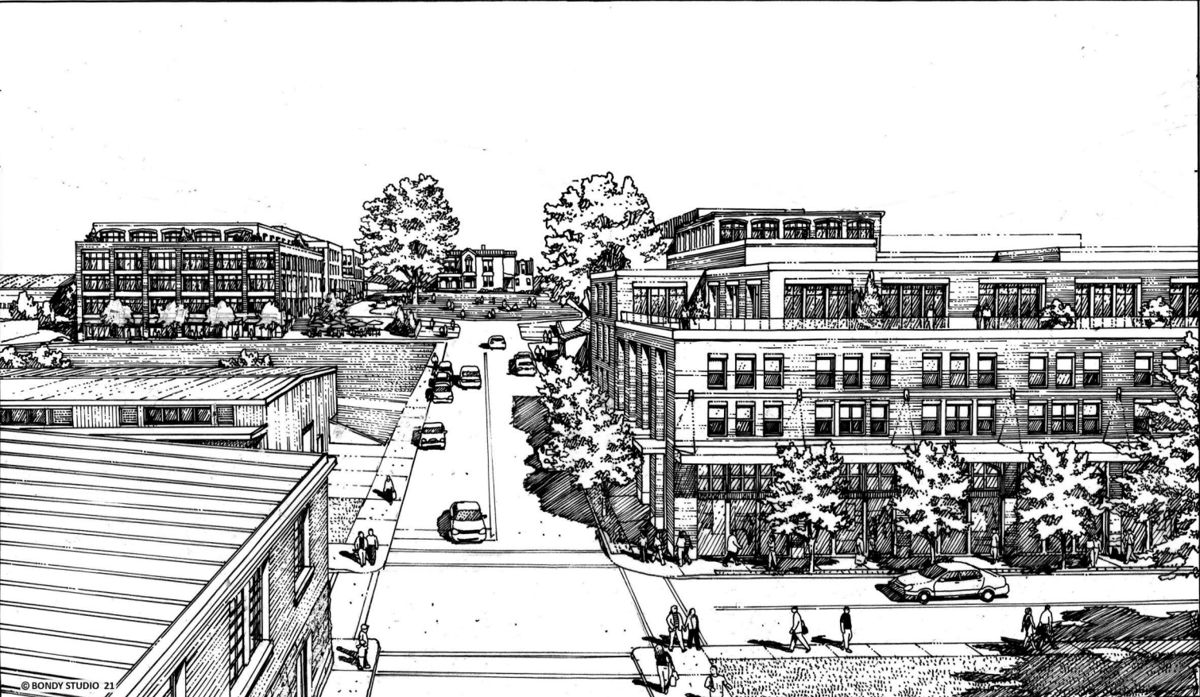 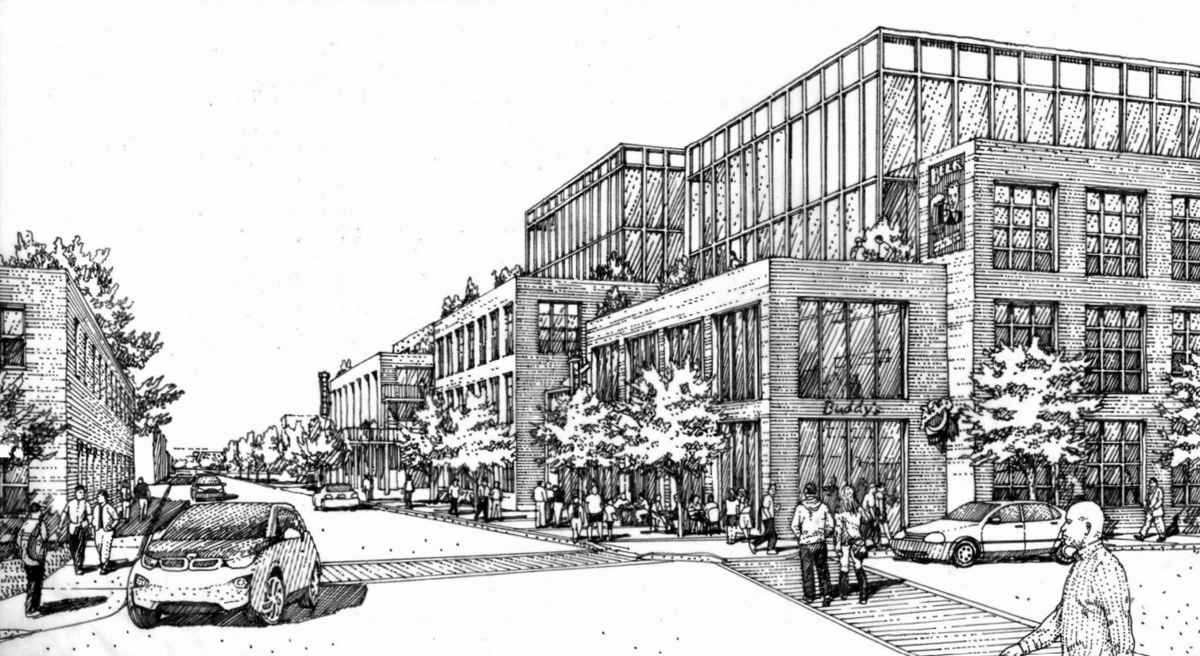 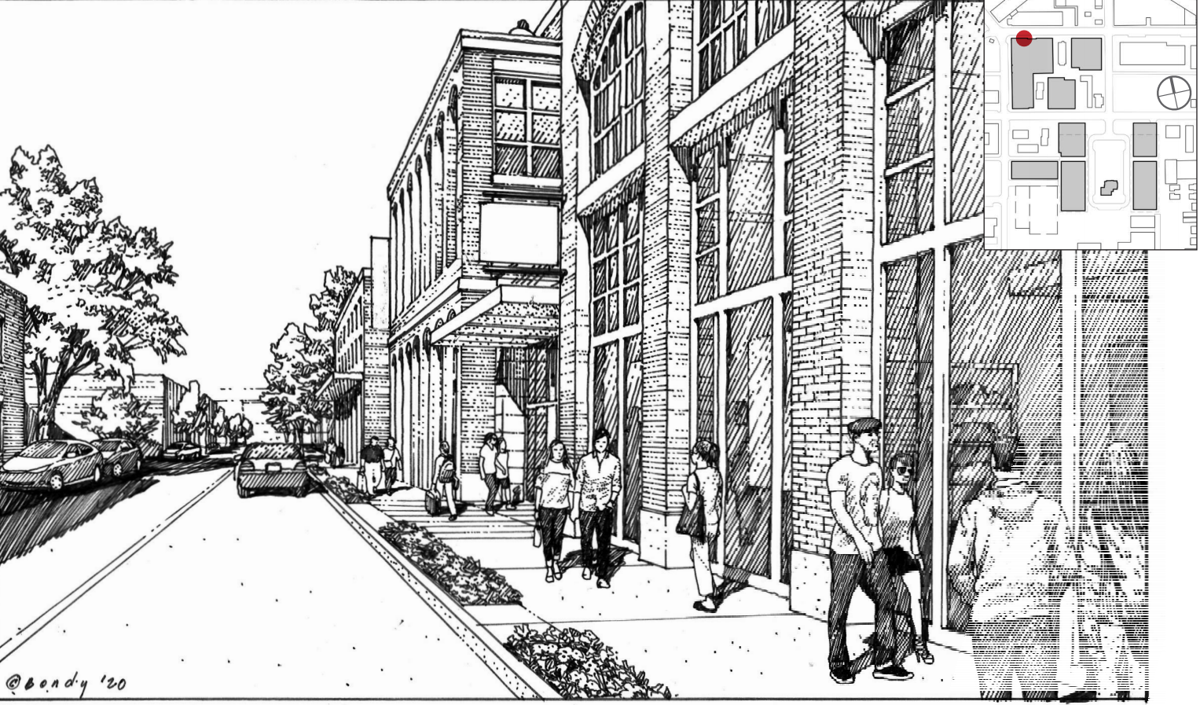 A development offering a mixture of uses — including an update to the historic Merritt Mansion — is planned for Wedgewood-Houston.

According to documents submitted to the Metro Planning Department, the development will include eight new buildings sitting on 13 parcels with a key address (among others) of 441 Humphreys St. Nashville-based A.J. Capital Partners, which owns the nearby May Hosiery complex, owns some of the parcels within the overall 6.13-acre property and will serve as developer.

Chicago-based HPA is the architect of record. Other entities involved include Barge Cauthen and Associates (land planning and engineering), Dryden (architecture) and HDLA (landscape architecture). Each is Nashville based.

The development — to offer residential, retail and office space —  will address Brown, Houston, Humphreys and Martin streets. Another key address of the overall South Nashville site, which sits south of the warehouse home to Jackalope Brewing Co., among others, is 1220 Martin St. At least three structures, none of which are architecturally significant, will need to be demolished.

Of note, the Merritt Mansion will be physically repositioned — as a single piece, no less — on the site by Nashville-based W.P. Camp and Sons, according to the document.

Originally constructed as a log cabin in 1799 by Captain John Rains, a Fort Nashboro co-founder, the mansion was relocated to its current site in 1840 and expanded into a federal-style home for Rains' daughter Sally Merritt in 1870. It was saved from demolition in 2004 and is owned by the members of local rock band Kings of Leon. A.J. Capital plans to acquire that property this year. The company will also need to acquire some parcels located between Houston and Humphreys and owned by Art Daws.

A.J. Capital is also underway on another nearby site with mixed-use project Nashville Warehouse Co.