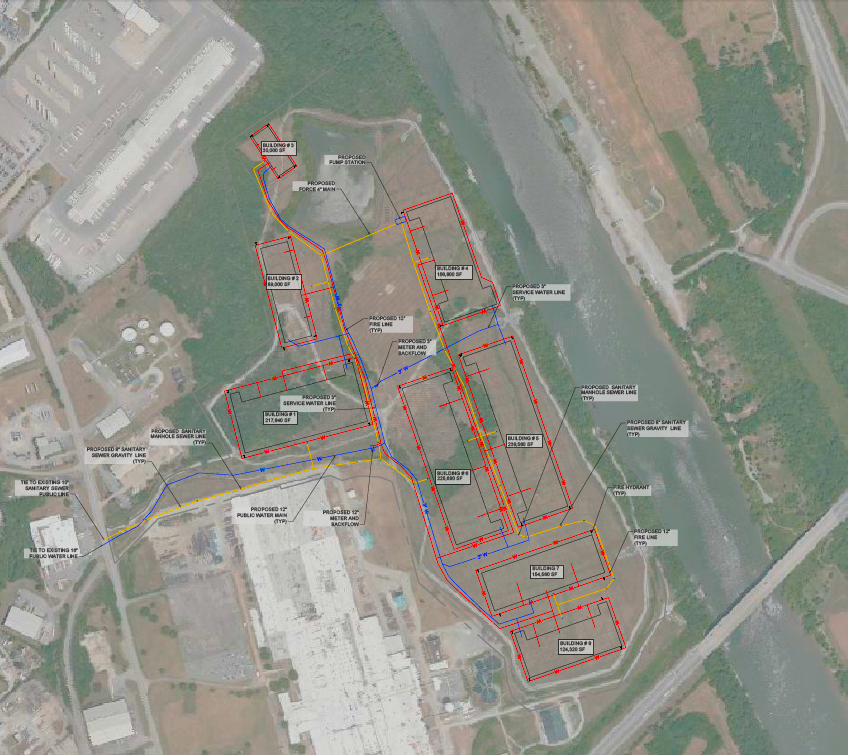 To offer a collective approximately 1.23 million square feet, the industrial buildings would sit on a 123.3-acre site at 7228 Centennial Blvd., according to a Metro Water Services document. Nearby is John C. Tune Airport.

Prologis, the Tennessee headquarters for which moved to downtown’s Capitol View from Brentwood in 2019 (read more here), has enlisted Nashville-based engineering and architecture services firm Barge Design Solutions to assist in the effort.

Prologis officials could not be reached for comment regarding specifics, and it is unclear if the company seeks to buy the property. Ford Motor Co. has owned the raw land since 1955, according to Metro records.

Prologis has maintained a presence in Nashville for more than 22 years. Within the state, the company also operates an office in Memphis and owns about 35 properties (primarily warehouses) with a collective 9.5 million square feet of space. Notable customers include Coca-Cola, Nissan, International Paper and FedEx.

A multinational logistics real estate investment trust, Prologis was founded in 1983. As of 2020, the publicly traded company had about $56 billion in assets under management, about 5,000 tenants and more than 1,900 employees. It is billed as the largest industrial real estate company in the world.