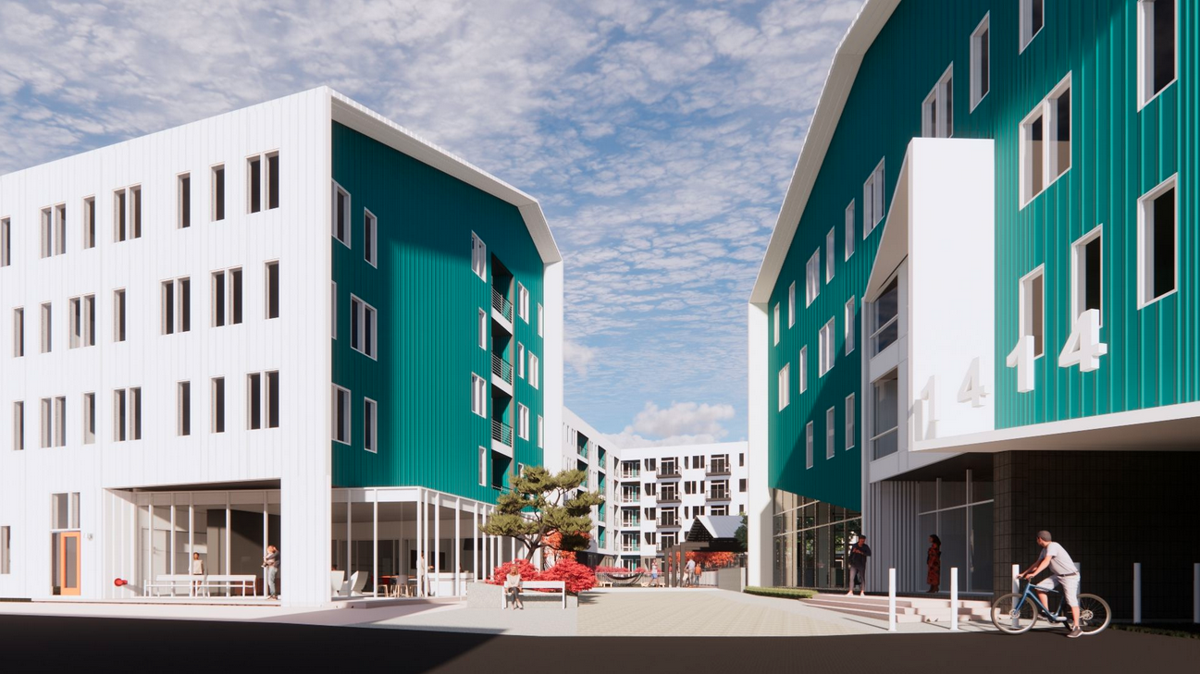 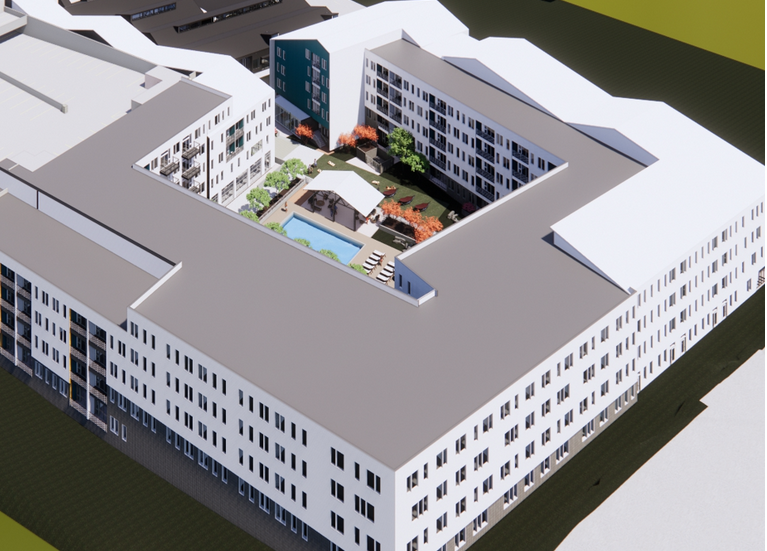 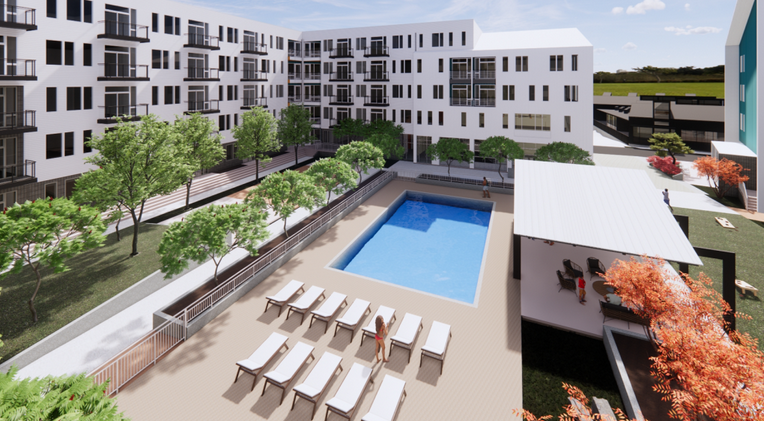 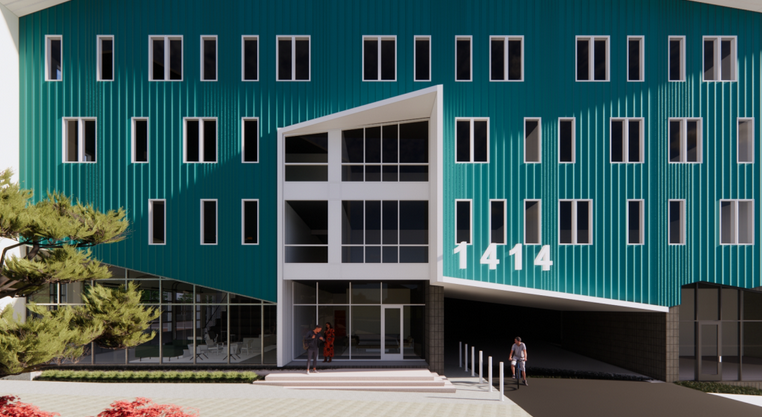 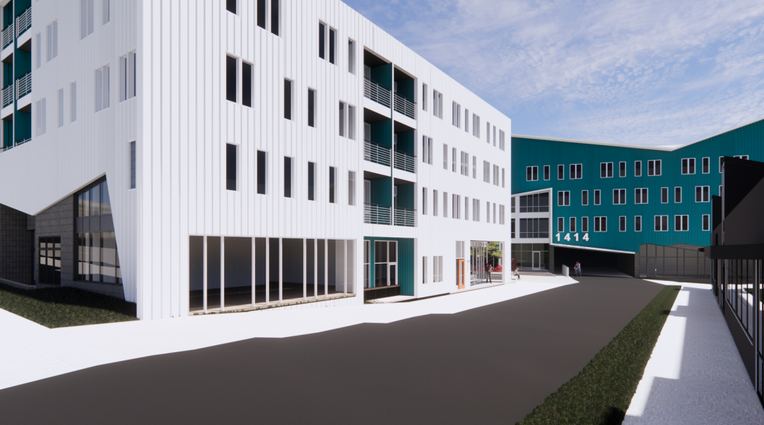 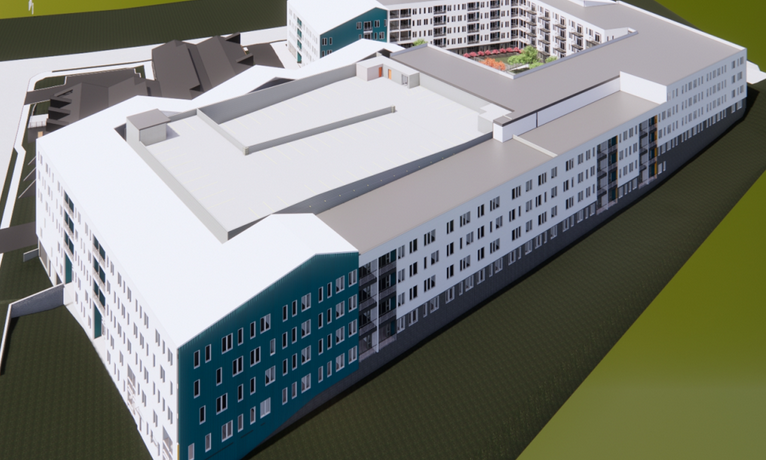 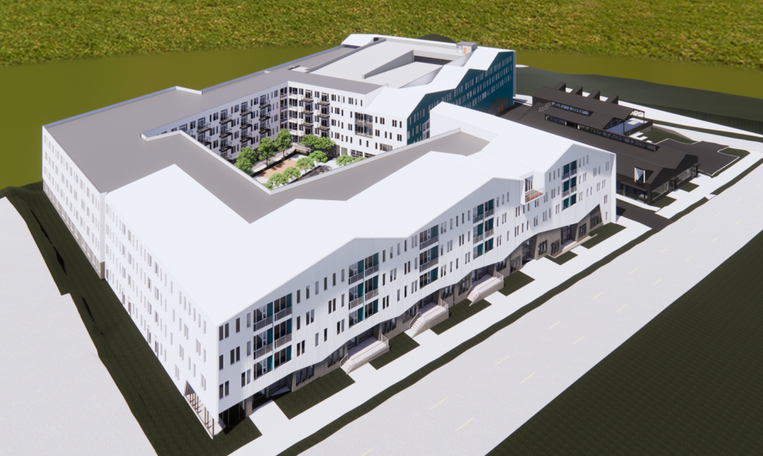 Renderings have been released and the start date modified for a mixed-use project planned for a Fairgrounds Nashville-area property.

New York-based SomeraRoad is seeking a major reinvention of the property, which sits at 1414 Fourth Ave. S. near both Chestnut Hill and Wedgewood-Houston on the city’s south side.

Via an LLC, SomeraRoad paid about $9.3 million for the property, which is home to a warehouse, in April 2019. At the time, the development company planned to convert the building to creative office and retail uses. The project was to have been called WeHo Crossing and would have comprised 60,000 square feet of office space and 12,500 square feet of retail and restaurant space. An early-2020 completion was being eyed at the time.

Since then, SomeraRoad, which maintains an office in Wedgewood-Houston, has changed plans and created a temporary name of 1414 4th. The South Nashville project will offer a multifamily residential component while the existing warehouse will be reduced in size to accommodate the overall effort, which will include construction of additional buildings, a small park and possibly a mural.

Groundbreaking is now eyed for early 2022, according to a SomeraRoad spokesman. It had been scheduled for this month.

Andrew Donchez, SomeraRoad's director of development, emailed the Post in January that the project will provide a “connective location” between Wedgewood-Houston and Chestnut Hill, “creating a bridge” that will benefit both districts.

“The project will offer residents an affordable option within the neighborhood without creating any direct displacement,” Donchez said at the time. “We are keeping a significant portion of the existing, single-story warehouse on the site to maintain character and provide neighborhood scale commercial and retail uses. Additionally, we are committing to significant street frontage improvements as well as traffic calming measures.”

Relatedly, SomeraRoad is underway in Pie Town with an update to a site anchored by the Bill Voorhees Building and to be called Paseo South Gulch (read more here). The company also owns property in MetroCenter (read here).