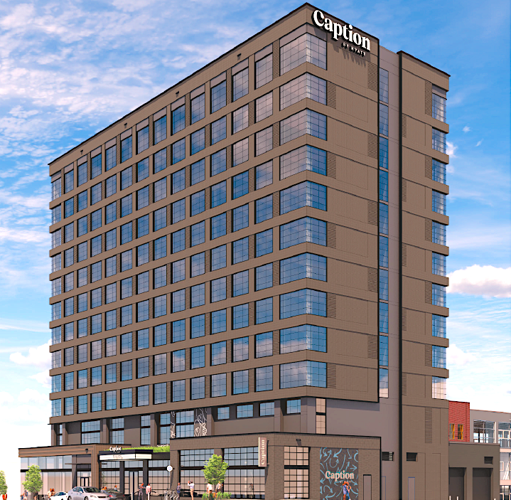 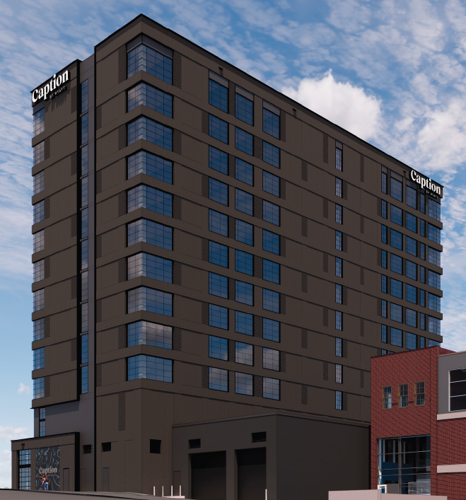 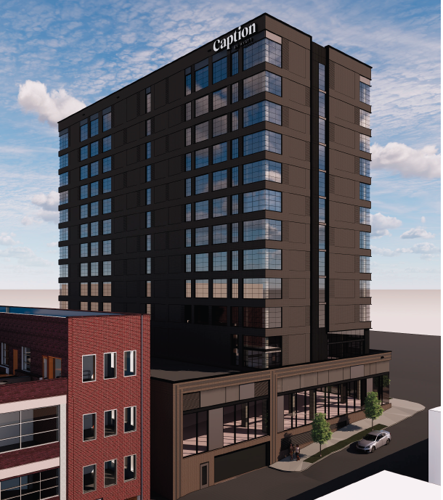 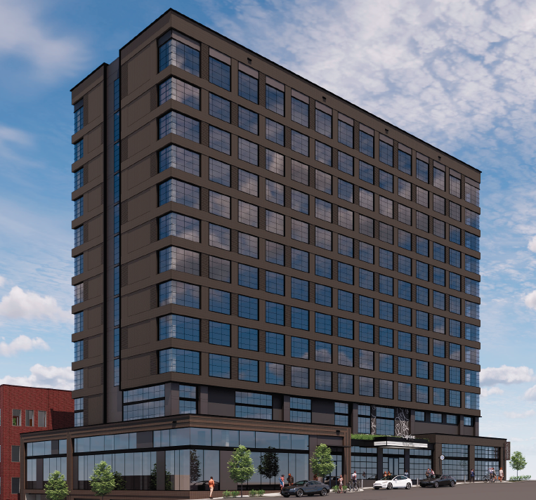 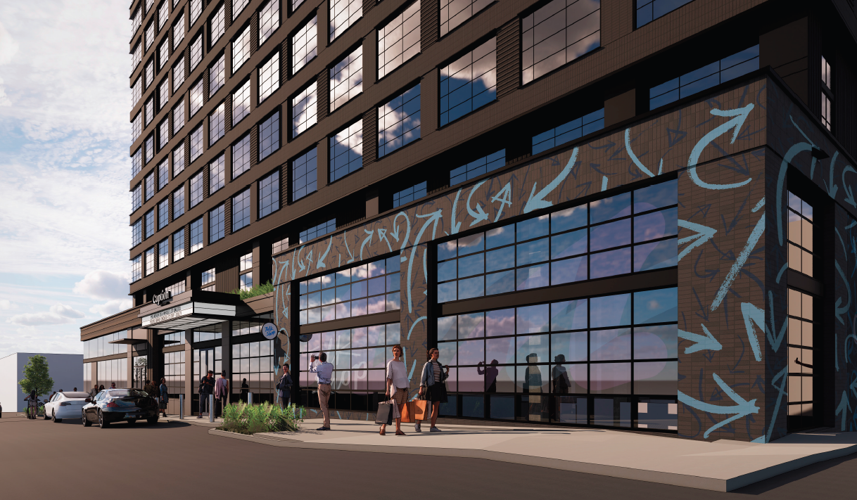 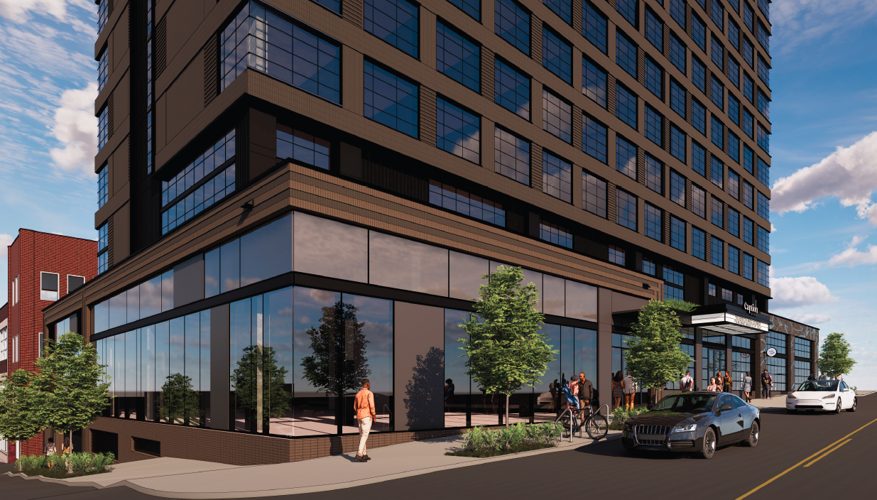 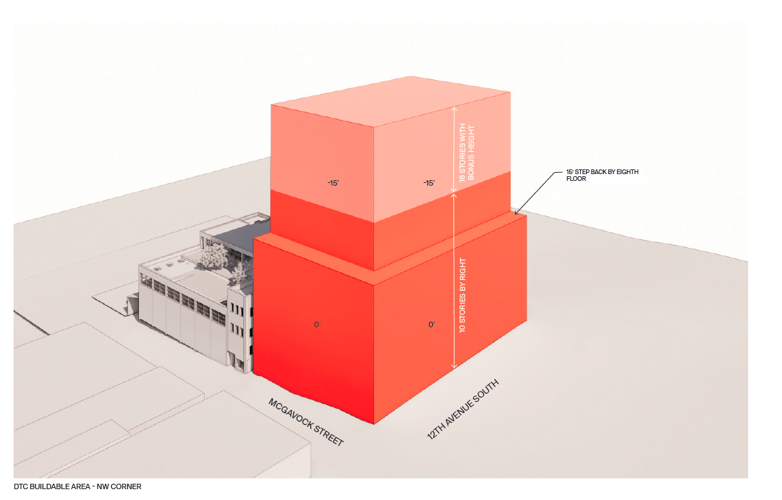 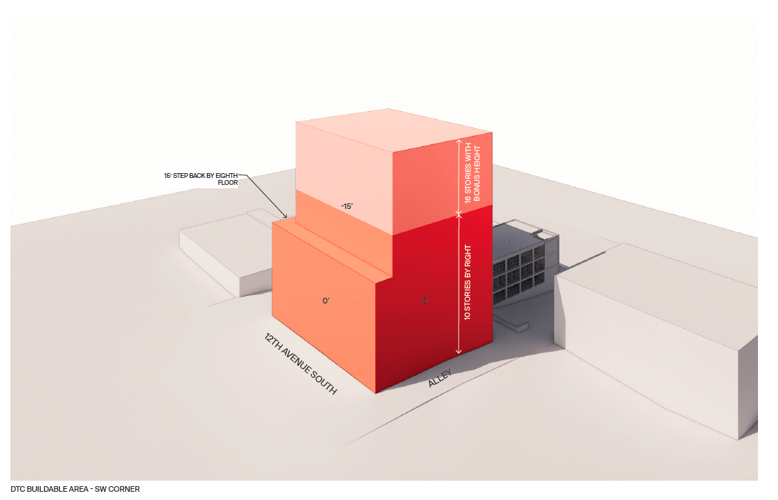 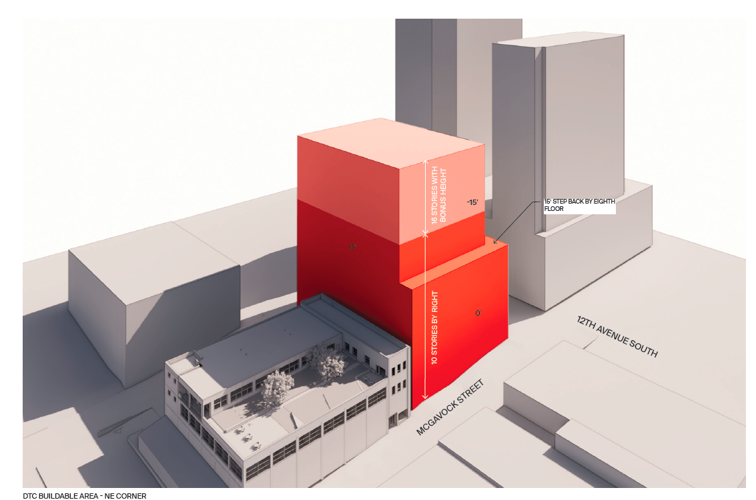 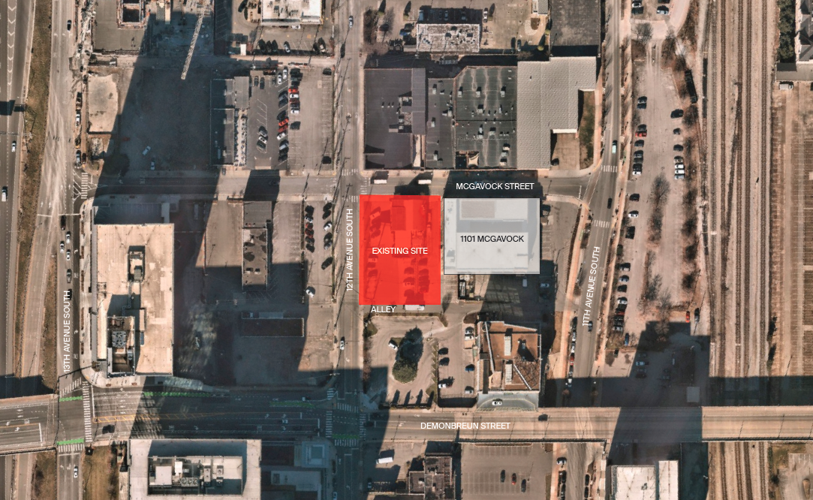 Updated images have been released related to a Hyatt Caption eyed for the Gulch site at which restaurant and bar Whiskey Kitchen currently operates.

Planned for 12 stories at 118 12th Ave. S., the boutique hotel building will sit at the T-intersection of 11th Avenue South and McGavock Street.

An entity affiliated with Nashville-based C.B. Ragland Co. will develop the site, having paid $5 million for the property in 2021. The owner has enlisted Nashville-based Hastings Architecture to design the building.

The team will go before the Metro Development and Housing Agency Design Review Committee on Feb. 1 to seek concept plan approval. In October, the DRC reviewed the plan related to bonus height and bonus stepback requests but did not take a vote.

“We look forward to reviewing these conceptual images with the Design Review Committee,” C.B. Ragland President Michael Hayes told the Post. “Our design team did a good job incorporating their comments from our last review. We are continuing to finalize the color palette, glazing and brick patterning across the façade around the building. There will be more to come here in the months ahead.

Hyatt Caption is a new concept for Hyatt and is targeted toward millennials who advocate minimalism and the simple living movement. The first Hyatt Caption is slated for Beale Street in Memphis (read here).

Of note, a C.B. Ragland-affiliated entity developed the SoBro site home to a Hyatt Centric hotel on Molloy Street (between Second and Third avenues south).

As the Post reported in September 2019, a 10-story building (called M12) had been planned for the 1.11-acre Whiskey Kitchen site, with local restaurateur and M Street Entertainment Group founder Chris Hyndman having led the since-scrapped development effort. Prior to 2019 and on a nearby site (a surface parking lot fronting 11th Avenue), Hyndman envisioned a hotel that was to have been called Eleventh House.

Hayes told the Post in October his team has collaborated closely with Chris Hyndman on the Hyatt Caption project. If the building materializes, it will feature a “signature restaurant space” at the corner of 12th and McGavock.

Hayes has not yet disclosed a time to commence construction. Whiskey Kitchen will continue operations until full-scale onsite work is ready, he added.

1985 called; they want their Hotel design back. What is that?! Lmao. Goodness. Ugly.