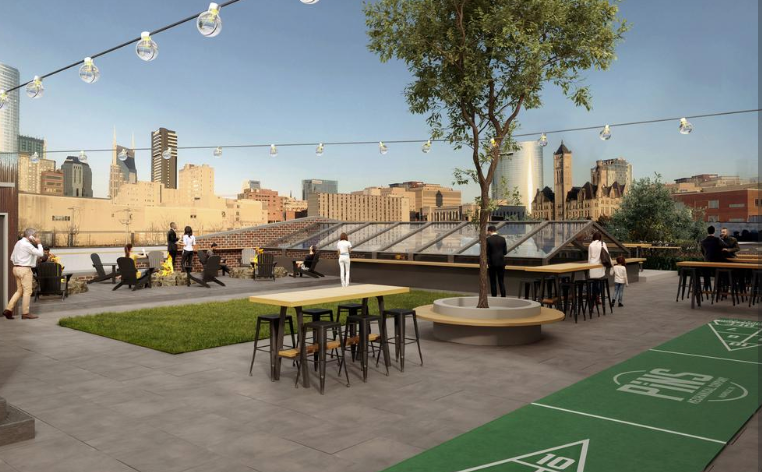 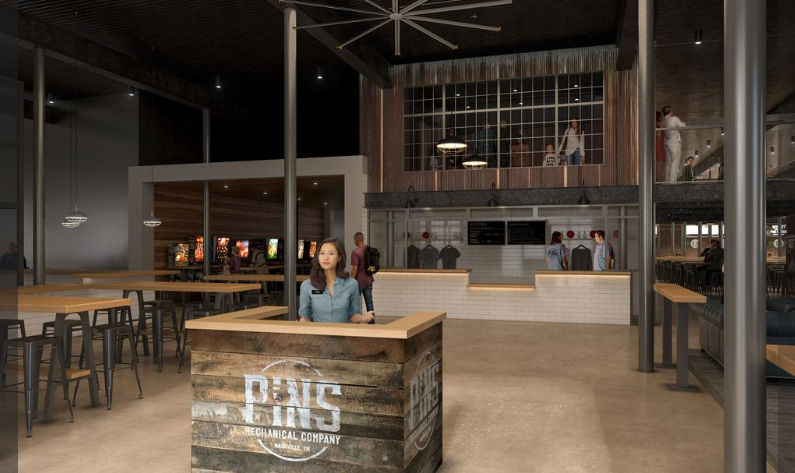 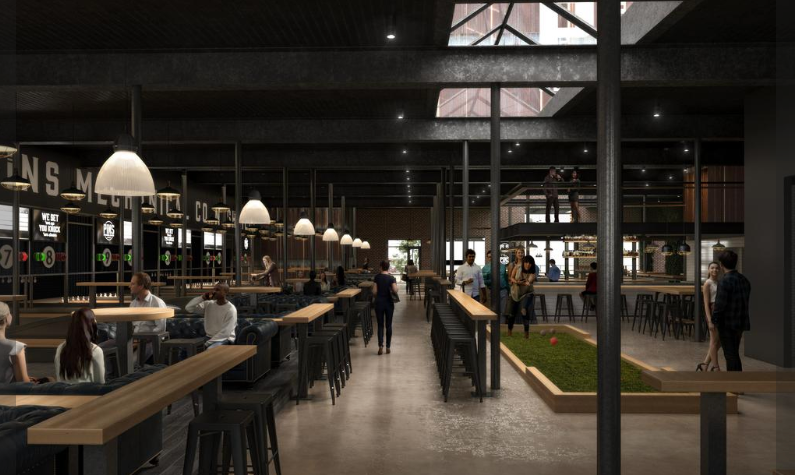 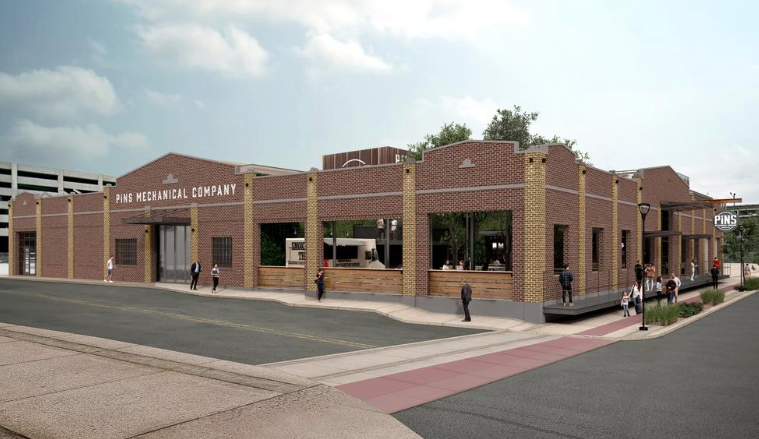 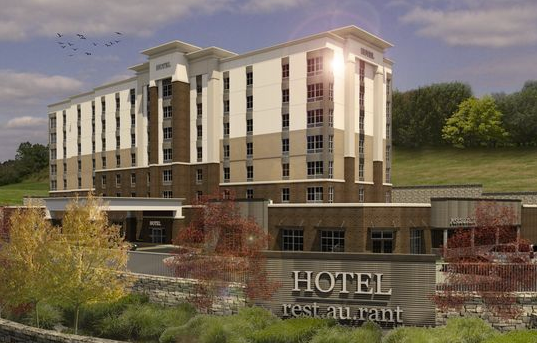 Columbus, Ohio-based Rise Brands has released images for its Pins Mechanical Company and 16-Bit Bar+Arcade, work on the building to house the entertainment venue is now underway in the North Gulch.

The latest permit related to a seven-story Hampton Inn & Suites to front Dickerson Pike near the point at which the road intersects with Briley Parkway and Interstate 65 has been issued.

The Nashville office of Biscan Construction will handle the job, with the permit (for the building itself) valued at about $14.3 million. Earlier this year, a permit (for the foundation) was issued with a value of $714,000. The address is 3451 Dickerson Pike.

Of note, the hotel will be part of a mixed-use development to be called Skyline Center (click on View Gallery in the above image to see a rendering) and to include a Rock ‘n Dough Pizza Co., which are also found in Jackson and Memphis.

Skyline Hospitality LLC is the developer, with Memphis-based Bounds & Gillespie as the architect.

PAC also purchased Governors Towne Square in Acworth, Georgia, which is located near Atlanta, and is also anchored by a Publix.

Neither terms of the deal nor the seller was disclosed in a release.

The most recent PAC deal involving a Nashville-area entity took place in August 2016. At that time, Franklin-based Bristol Development Group landed PAC as an investor for its Park 35 on Clairmont, a 271-unit apartment building in Birmingham.

PAC secured a $21.1 million loan so as to invest in the project. With the loan, PAC continues to have an option to purchase the now-finished multi-unit building.

Similarly, PAC owns a Spring Hill development anchored by a Publix. It bought that property in 2014.

For this offering, Branding weighs in on the Publix to eventually be housed in a new building located on Eighth Avenue near Melrose. Demo work is underway (read more about the project here).

“Publix is what that area needs at the time it needs it. Two car dealerships (i.e., large open lots) in the next block have been replaced by hundreds of residential units occupied by Publix's target demographic, not to mention the redevelopment of the Melrose and Colonial Bread site and more on the way. The only non-C-store or non-specialty grocer of any size has for over a decade been the Kroger on Breeze Hill. The raze one/build two move in Gale Lane/Vaulx Lane has brought new shoppers who have been wanting another grocer. And this will tap 12South as well. So, it freshens the drink.

“The continual transformation and residential build-out of Wedgewood-Houston will add to the Publix customer base. And development of the Fairgrounds and its environs — whether soccer goes there or not — will do likewise. The same is true for the Nolensville Road corridor, with or without transit.

“While Publix was not able to make the Green Hills site they wanted work — Vertis Green Hills is being built there — this gives them a second near-to site (in addition to Belle Meade) for those customers as well.

“The move in grocery stores — partly from land availability and partly from customer convenience — is toward smaller floor plates and garage parking. So, compared to a 56,000-square-foot Kroger on four acres, this addresses that trend. All in all, a great job by their site selectors.”