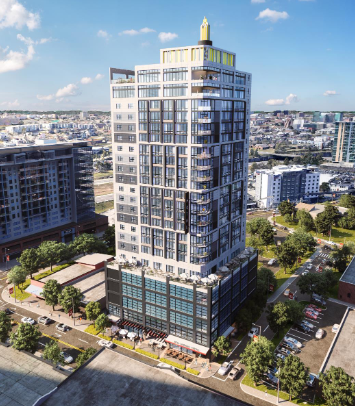 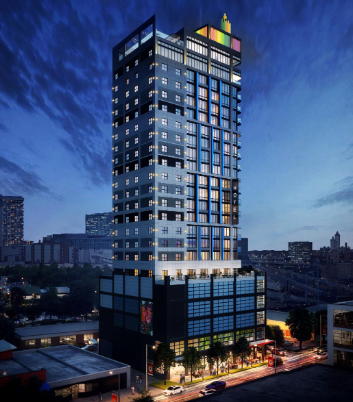 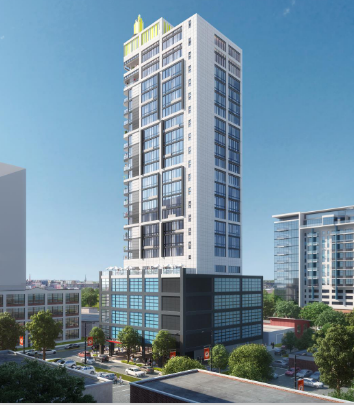 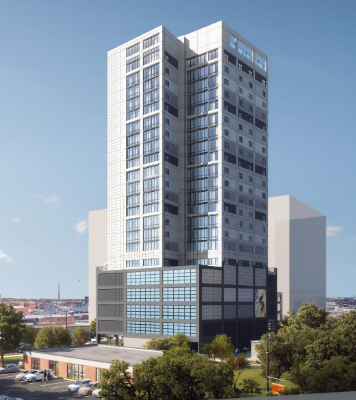 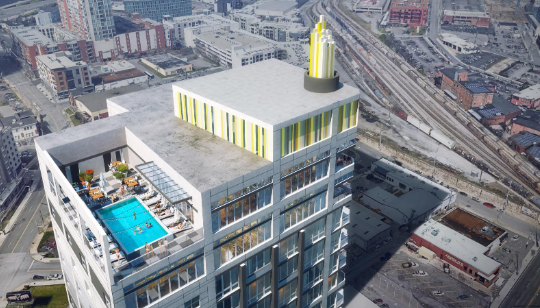 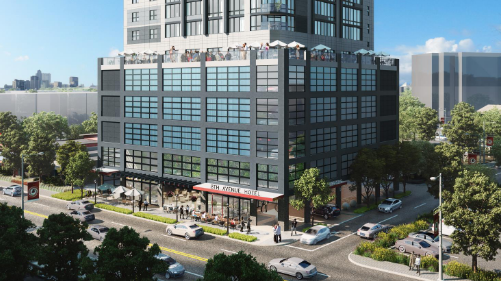 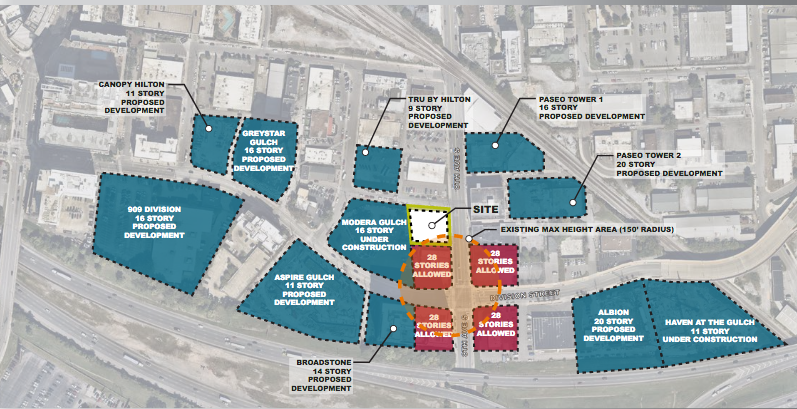 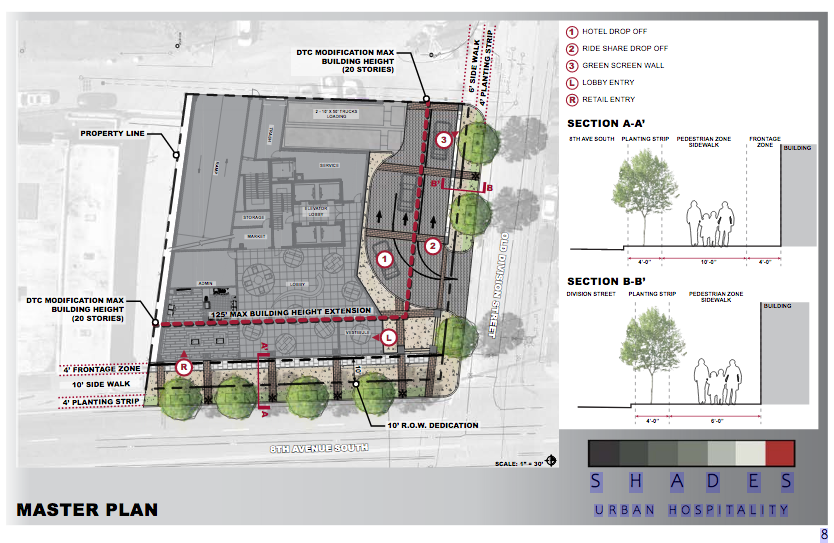 The Gulch building from which Jackalope Brewing Company previously operated is being eyed for a hotel tower.

According to documents submitted to the Metro Planning Department, the future structure would rise 24 floors and offer a contemporary exterior aesthetic, with an emphasis on night lighting and a distinctive cap. The address of the 0.32-acre property, which the Post reported in February is for sale or for lease is 701 Eighth Ave. S.

Local businessman Eddie Kirkland owns the property, having paid $92,500 for it in 1993, according to Metro records. The modernist structure that last housed the brewery would be razed to accommodate the future high-rise.

Elam Freeman, a principal with Nashville-based Ojas Partners, is seemingly handling the marketing of the property. She could not be reached for comment. (Read more here.)

The document notes the project (and perhaps the building) seemingly will be called Shades Urban Hospitality; however, no hotel brand, number of rooms or prospective developer is listed. The Nashville office of Raleigh-based Kimley-Horn is handling land-planning and civil engineering duties. An architect is not noted on the document.

According to the document, Shades would offer four levels of above grade parking (148 spaces) and 20 floors of hotel space with 236 rooms. The building's exterior would offer a combination of brick, aluminum, glass and synthetic stucco. A mural is envisioned for the structure's lower east wall.

A Thursday, Sept. 23, Metro Planning Commission meeting is slated and at which an overall height modification to the downtown code will be requested. Ten floors of bonus height are being sought.

Jackalope CEO and co-founder Bailey Spaulding announced earlier this year The Den taproom would not reopen in the small building that remains on the site (read here).

To the rear of Kirkland’s property, Atlanta-based development company Mill Creek Residential has broken ground on Modera Gulch, which is expected to be completed in early 2023 (read here). Five other large-scale projects are underway within the immediate area.