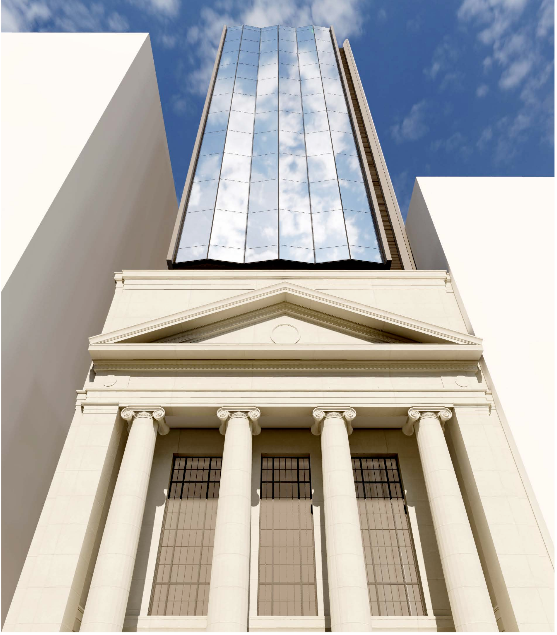 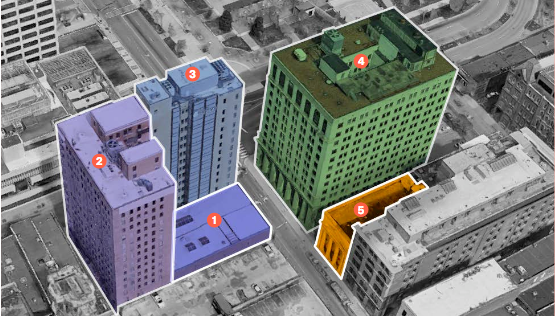 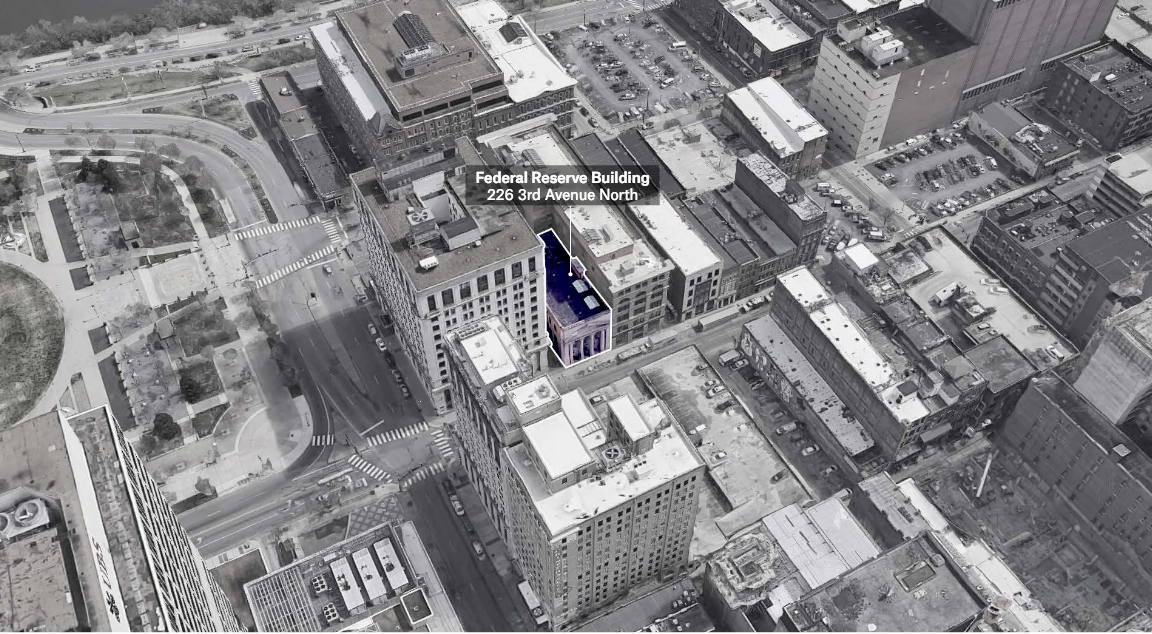 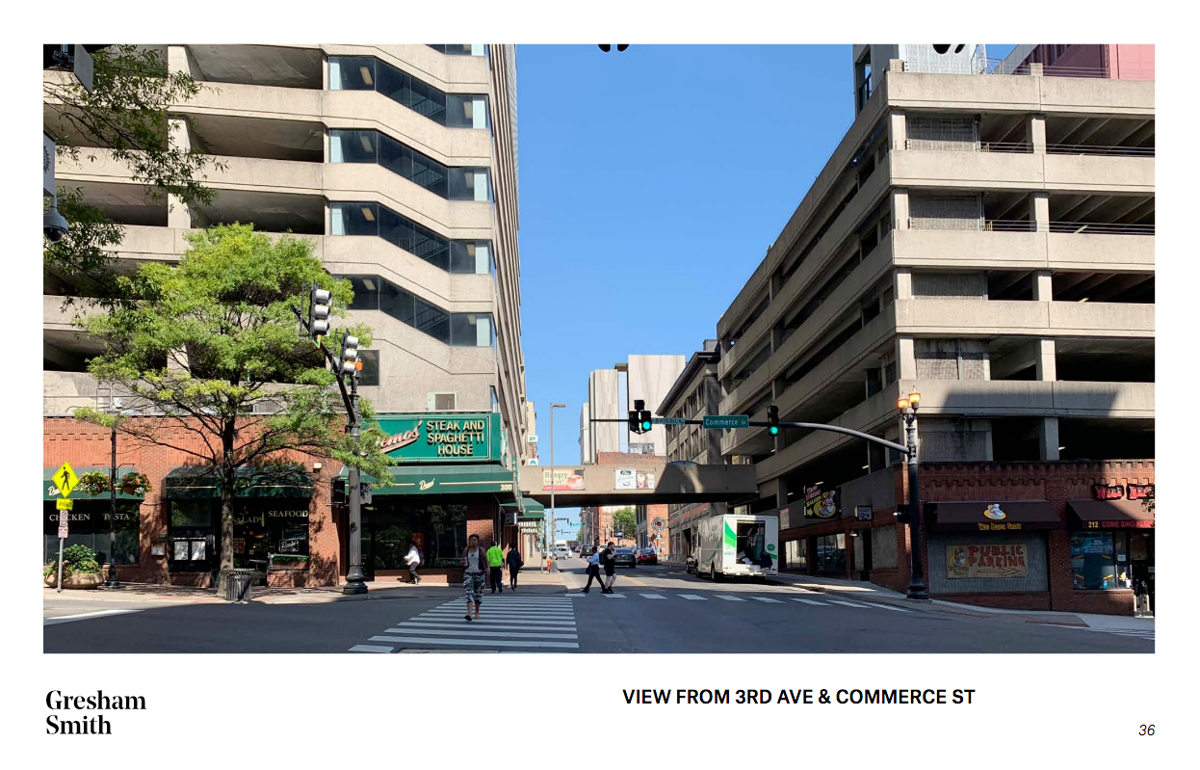 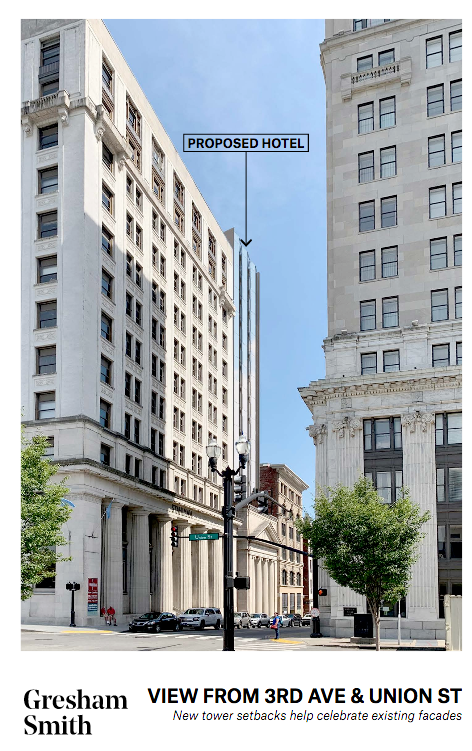 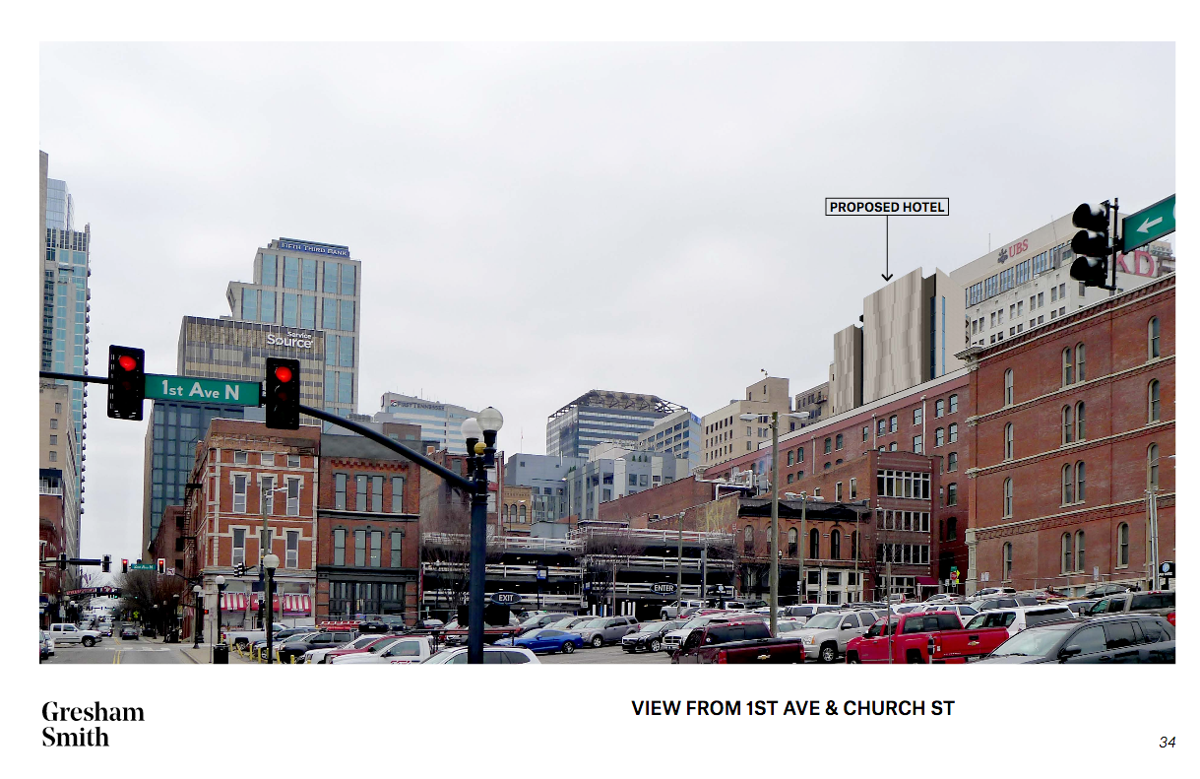 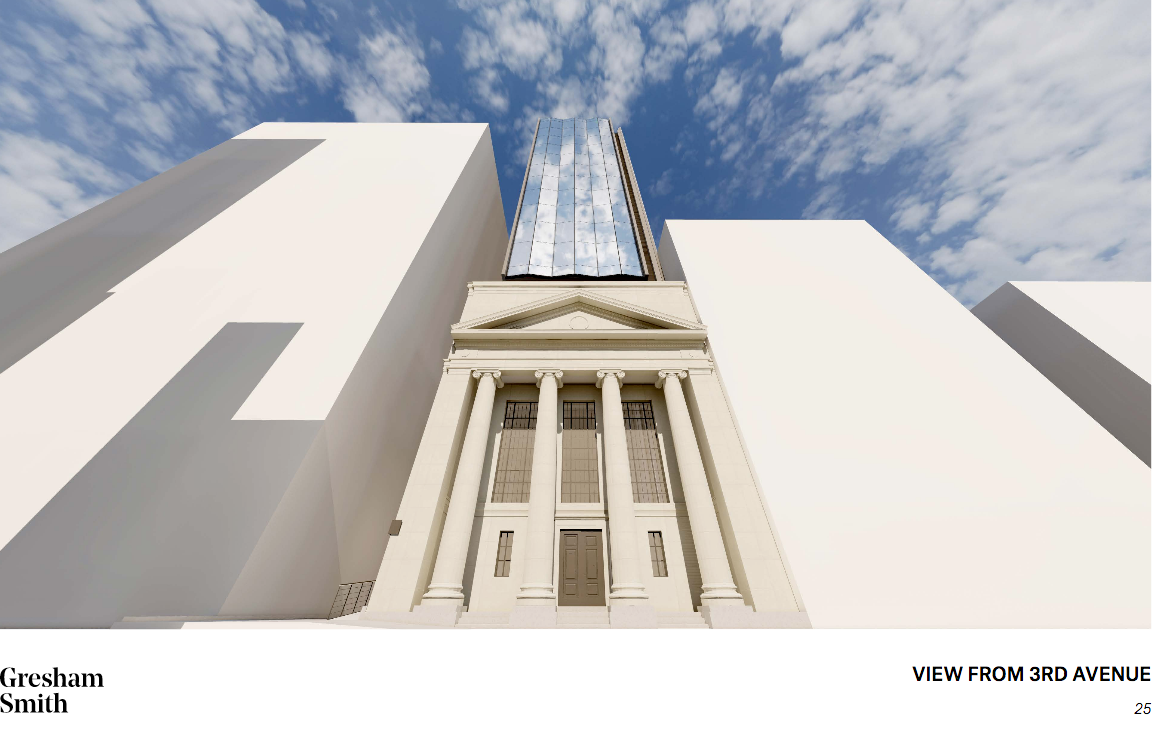 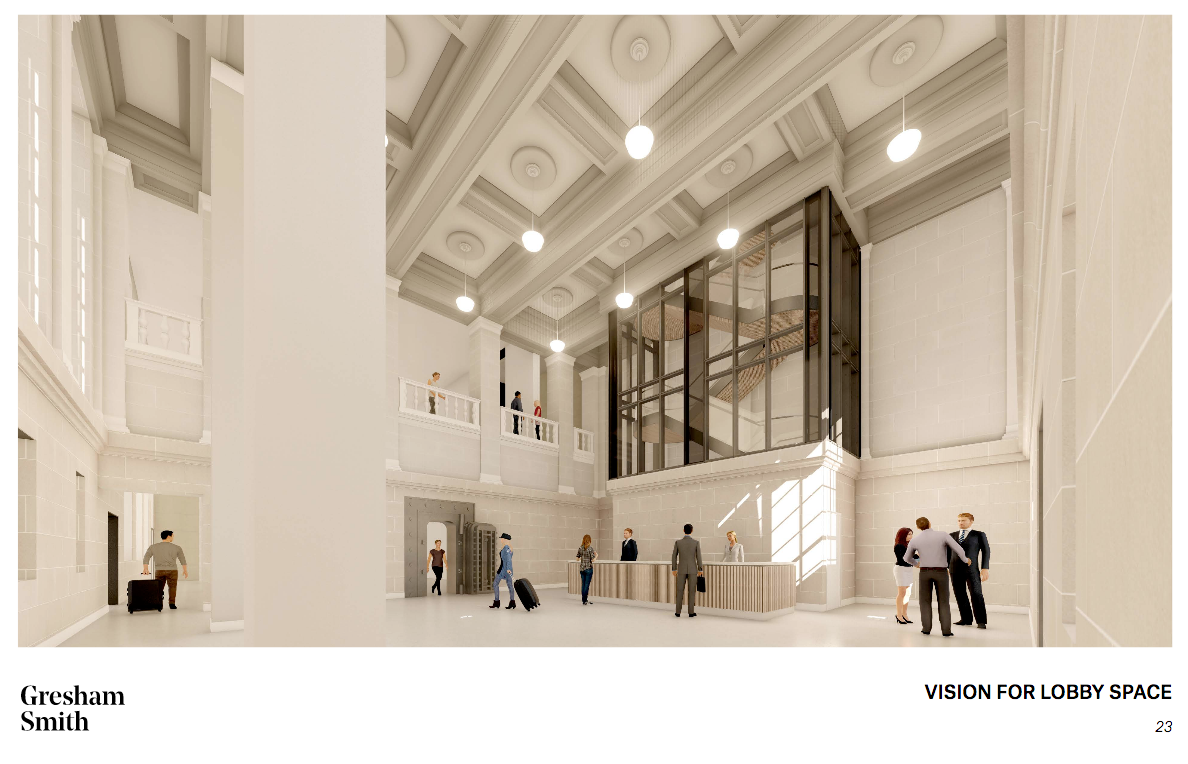 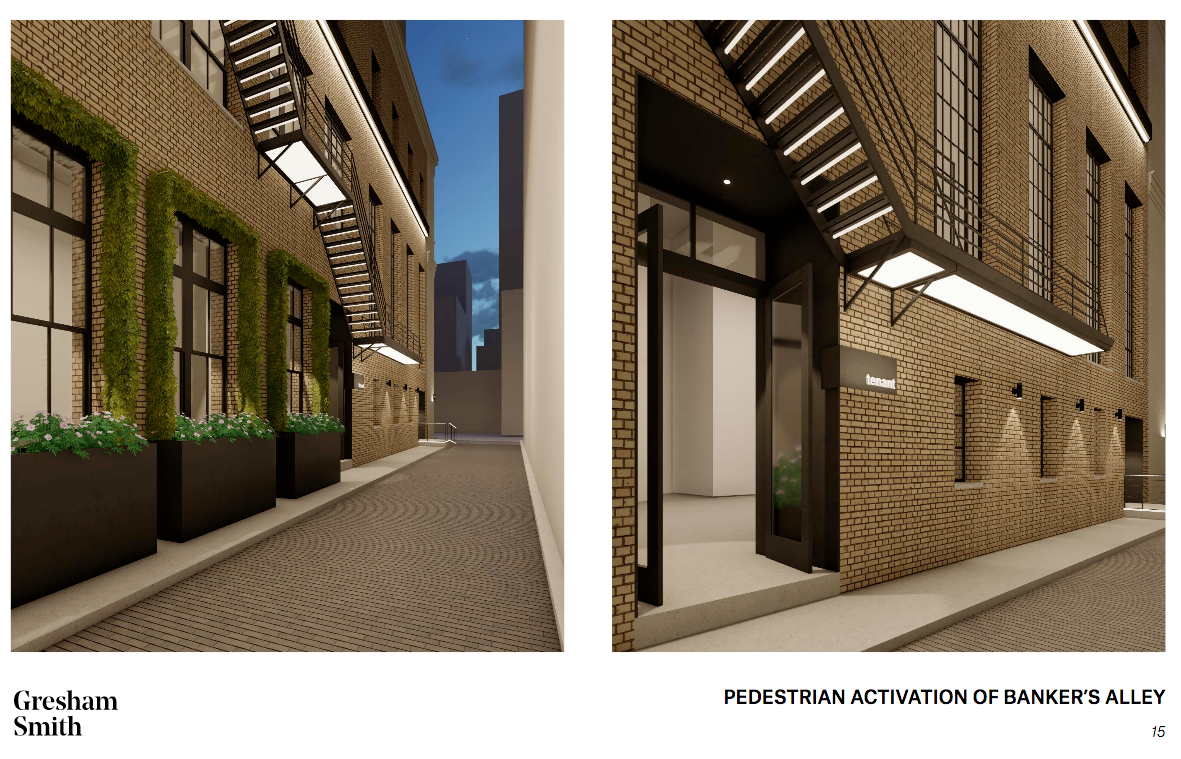 Nashville-based entrepreneur and The Johnny Cash Museum owner Bill Miller is proposing a 16-story addition to his Federal Reserve Building in the central business district, with the structure to be bathed in glass and to accommodate a hotel.

The effort comes roughly two years after Miller, via an LLC, paid $4 million for the property, which has an address of 226 Third Ave. N.

A multi-page document submitted to the Metro Planning Department shows the tower would rise 16 floors atop the historic masonry building, which was one a private residence for the Choi  family. Nashville-based Greshman Smith is handling the design.

Miller will go before the Metro Planning Commission on Thursday, April 9, to request an overall height modification for the property.

If the project materializes, the building will offer about 46,700 square feet and rise 143 feet. The existing building sits next to The Stahlman,  a residential and retail building, and the 21CMuseum Hotel. An update to the adjacent Bankers Alley and a grand lobby (for the existing structure) also are planned.

Of note, a similar hotel project is planned for a building located at 231 Third Ave. N. and that was once home to Nashville Trust. That 15-story addition, also designed by Gresham Smith, has been approved (read more here). Opened in 1902, the building for which the addition is planned sits next to the historic structure that is home to a Hotel Indigo.

The aforementioned Choi family garnered local headlines in late 2003 when Sung K. Choi purchased the property for $500,000 and moved relatives into what became essentially a freestanding single-family home. At the time, the Chois were believed to have been the only family living in such a structure in Nashville’s CBD.

The city’s original Federal Reserve Building (a later iteration now serves as apartment building Lofts at the Reserve), the three-story building — framed by robust columns with ionic capitals, a pediment and a portico — offers a full basement (with a working bank vault) and was placed on the National Register of Historic Places in 1984.

Opened in 1922, the building served as the Nashville branch of the Federal Reserve Bank of Atlanta until 1958. A. Ten Eyck Brown of Atlanta and Marr & Holman of Nashville designed the neoclassical structure. Of note, the latter designed the art deco building now home to Frist Art Museum.

Miller also owns live magic venue and restaurant House of Cards, located in SoBro on Third Avenue South and below the Cash Museum space. Relatedly, in June 2017 Miller paid $6 million for the four-story stone Southern Tuft Building, which fronts Fourth Avenue North and from which operates Skull's Rainbow Room. He is planning a Frank Sinatra-themed bar for a segment of that building.