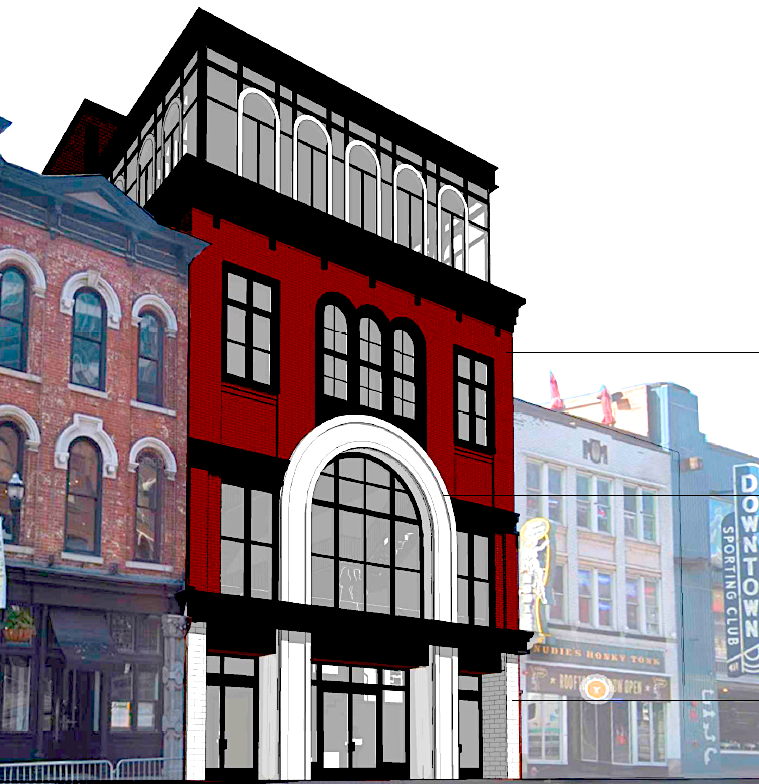 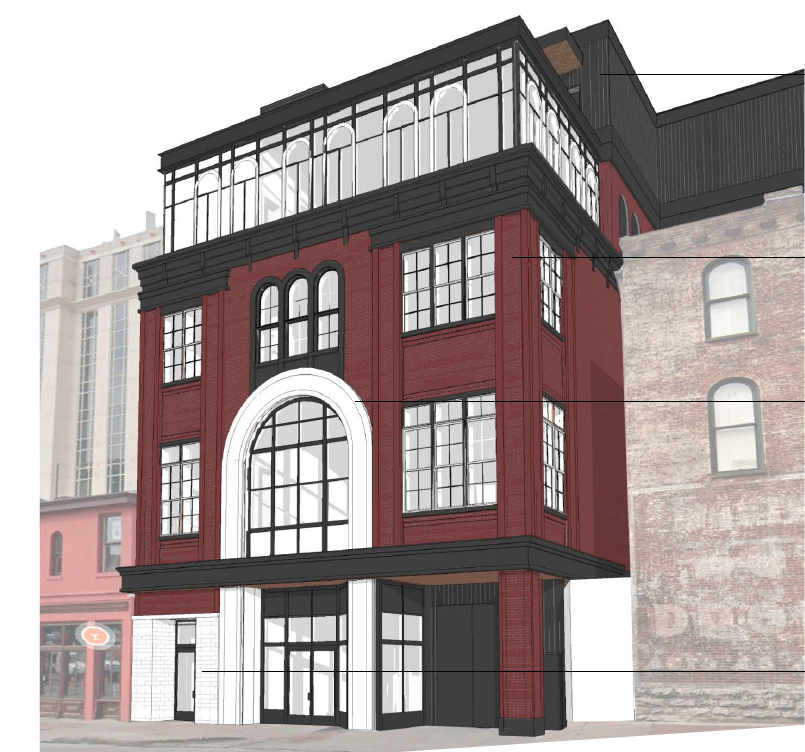 As seen from Fourth Avenue South

As seen from Fourth Avenue South

Details are emerging and images have been submitted to Metro regarding a building planned for a Lower Broadway parking lot sitting next to Merchants.

According to a multi-page document, the future commercial building will stand five floors (about 70 feet tall), addressed both Broadway and Fourth Avenue South, and offer two five-story outdoor rooftop decks. The address is 405 Broadway.

The document notes Nashville-based Centric Architecture will handle what will be a traditional design (which is required by Metro's Broadway Historic Preservation Overlay).

Big Plan Holdings owns the property, having paid $9.4 million for it in November 2020 in a deal that is believed to have set a record — about $1,350 a foot — for a downtown real estate land transaction.

Located in what is called The District, the 0.16-acre parcel is L-shaped, allowing the future building to front both Broadway and Fourth Avenue South and, in the process, rooftop decks overlooking both streets.

Nashville-based Big Plan Holdings, which invests in real estate, cannabis, the music/entertainment sector and branding and licensing concerns, is led by founder and CEO Josh Joseph.

Joseph, who could not be reached for comment, told the Post in November his team is formulating a plan to develop the site with one building of about 30,000 square feet. The document seemingly notes no square footage.

"We're looking forward to working with city officials," Joseph said at the time, adding that his company has undertaken developments in about 40 states. A company in which Big Plan Holdings owns a majority share is based in Chicago.

Earlier this month, the Metro Historic Zoning Commission approved the design of the project.

If constructed, the future building would sit next to the structures home to Nudie’s Honky Ton (Broadway) and Losers Bar and Grill (Fourth Avenue South) and seemingly offer its own restaurant(s) and bar(s).