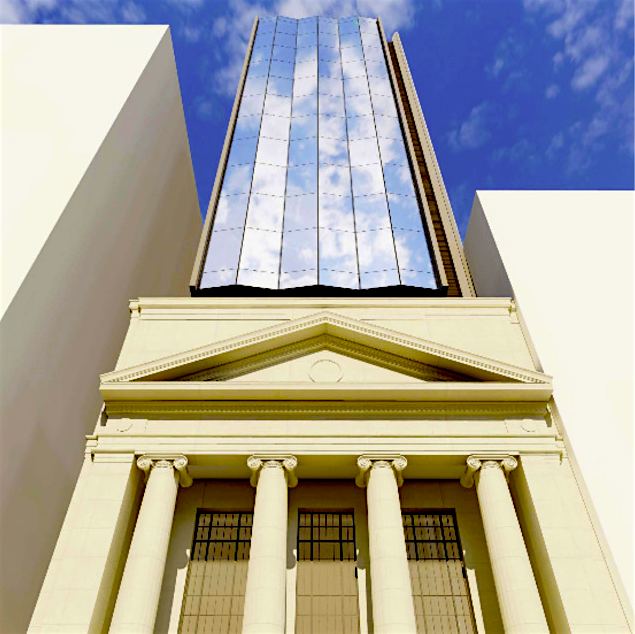 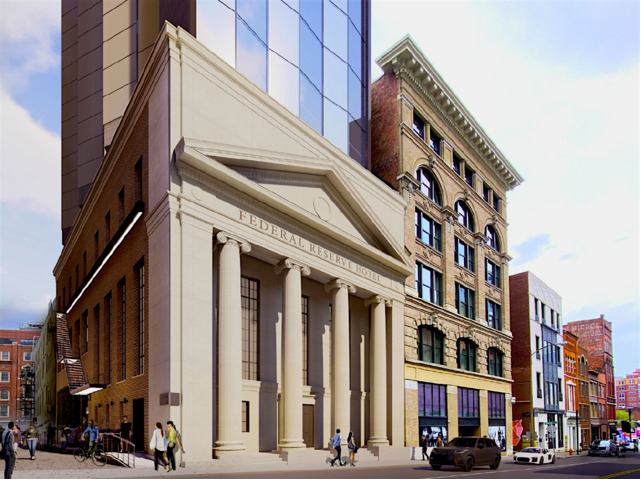 Nashville-based entrepreneur and The Johnny Cash Museum owner Bill Miller has landed Metro approval for a 16-story hotel addition to his Federal Reserve Building in the central business district.

Miller envisions the future building at 226 Third Ave. N. as having a glass exterior. Via an LLC, he paid $4 million for the existing masonry building in April 2018, according to Metro records. The Metro Development and Housing Agency Design Review Committee approved the concept plan and bonus height Tuesday.

To be called Federal Reserve Hotel, the future building (with the addition) will rise almost 200 feet. The existing historic building sits next to The Stahlman, a residential and retail building, and the 21cMuseum Hotel. An update to the adjacent Bankers Alley and a grand lobby (for the existing structure) also are planned as part of the project.

The proposed 16 stories (13 of them will be new construction) will allow the hotel building to roughly match the height of The Stahlman to the north and the Hotel Indigo to the west. Nashville-based Gresham Smith is handling the design. (See more images here.)

Miller sought bonus height for the building, which was supported by Metro Planning Department staff and Metro Councilman Freddie O’Connell, in whose District 19 the property sits. Miller also owns live magic venue and restaurant House of Cards (and the structure from which it operates) and the building home to Skull’s Rainbow Room, among other downtown holdings.

Of note, a similar hotel project is planned for a building located at 231 Third and that was once home to Nashville Trust. That 15-story addition, also designed by Gresham Smith, has been approved (read more here). Opened in 1902, the building for which the addition is planned sits next to the historic structure home to Hotel Indigo.