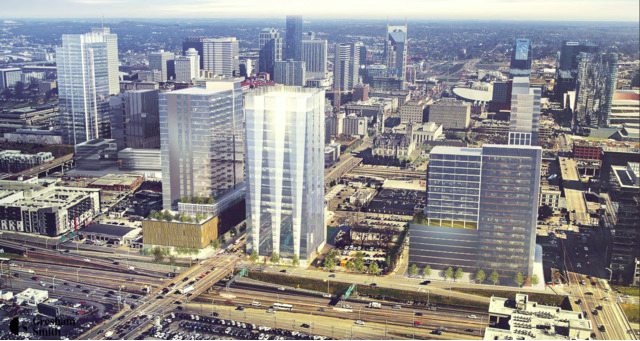 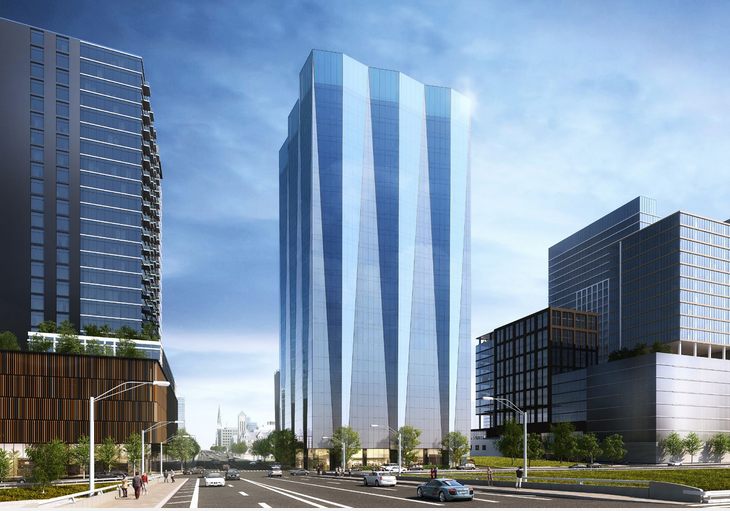 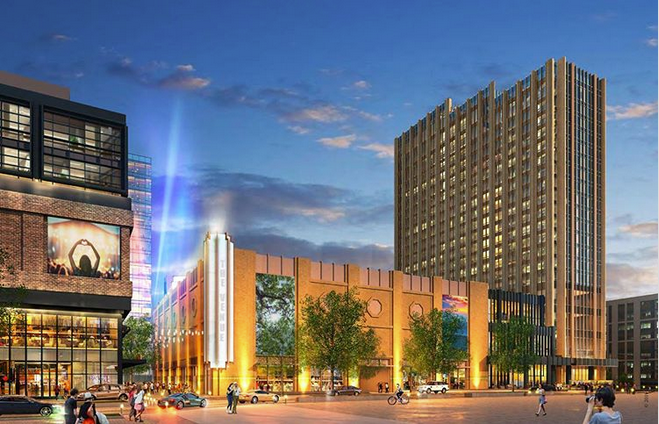 AEG component of Nashville Yards with MGM hotel to the right 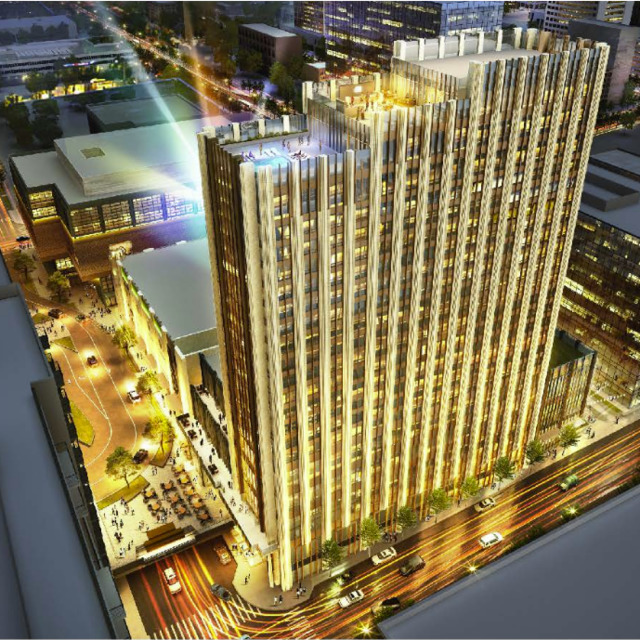 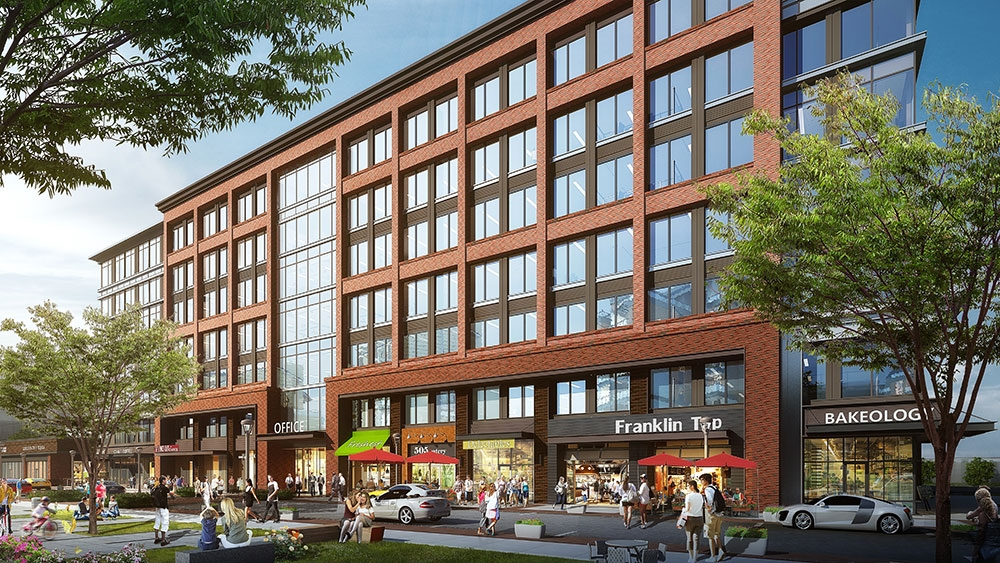 AEG component of Nashville Yards with MGM hotel to the right

Brentwood-based GBT Realty has applied for a stormwater grading permit related to its future ONE22ONE mixed-use tower in The Gulch.

The application follows GBT’s having paid in September $3 million for a 0.2-acre sliver lot at Broadway and 13th Avenue South, which gives the development company a 0.78-acre site on which to work.

The Class A office tower (pictured) primarily will sit on the former Firestone site. It will rise 24 floors above grade and also offer ground-level retail space and structured parking.

The address is 1221 Broadway, with a groundbreaking having previously been slated by year’s end, according to a release from March. A 2022 completion is being targeted, with GBT not disclosing the estimated price tag to undertake the development.

Nashville-based Gresham Smith will serve as lead architect. The exterior will be primarily metal and glass.

The property does not sit within the Metro Development and Housing Agency’s Arts Center Redevelopment District, so no MDHA Design Review Committee approval will be needed.

The AEG component will be anchored by a 21-story 315 room hotel that seemingly will be a Park MGM.

The four-acre site sits at the northwest corner of the intersection of Commerce Street and Ninth Avenue North. It runs between Ninth and 10th avenues.

Of note, St. Louis-based HOK is the architect. The firm is known nationally for its designs for stadia and arenas.

The hotel building will be accompanied by a five-story mixed-use building, a music venue, a cineplex and a parking structure.

AEG had hoped to begin construction of its buildings in the third quarter, according to previous media reports.

Based on documents, the hotel building seemingly will rise about 275 feet, making it one of Nashville's six tallest hotel structures if standing today.

A two-year construction timetable is expected.

(Click on View Gallery in the above image to see renderings and read more here.)

Officials with Mitsubishi Motors North America on Tuesday confirmed the company’s permanent headquarters will be located in Cool Springs in Franklin.

According to a release, the company has signed a long-term lease and will occupy the top two floors of the under-construction Northside at McEwen building. An early spring 2020 move-in is eyed.

MMNA is currently located in temporary facilities in the SPACES Mallory Green building.

As part of the relocation from California, announced in June, the company is hiring 150 people, with more than 50 already employed.

“Our move to Tennessee marks the most visible part of the broad and substantive reinvention of every aspect of our business that is underway at Mitsubishi Motors North America,” Fred Diaz, MMNA president and chief executive officer, said in the release.

Developed by Boyle Investment Company, Northside at McEwen (click on View Gallery in the above image to see a rendering) will offer office, retail, industrial and residential spaces.

Additionally, MMNA will have the exclusive external signage rights on the building.

JLL represented MMNA in lease negotiations and also has assisted in the sale of the company’s former campus in Cypress, California.