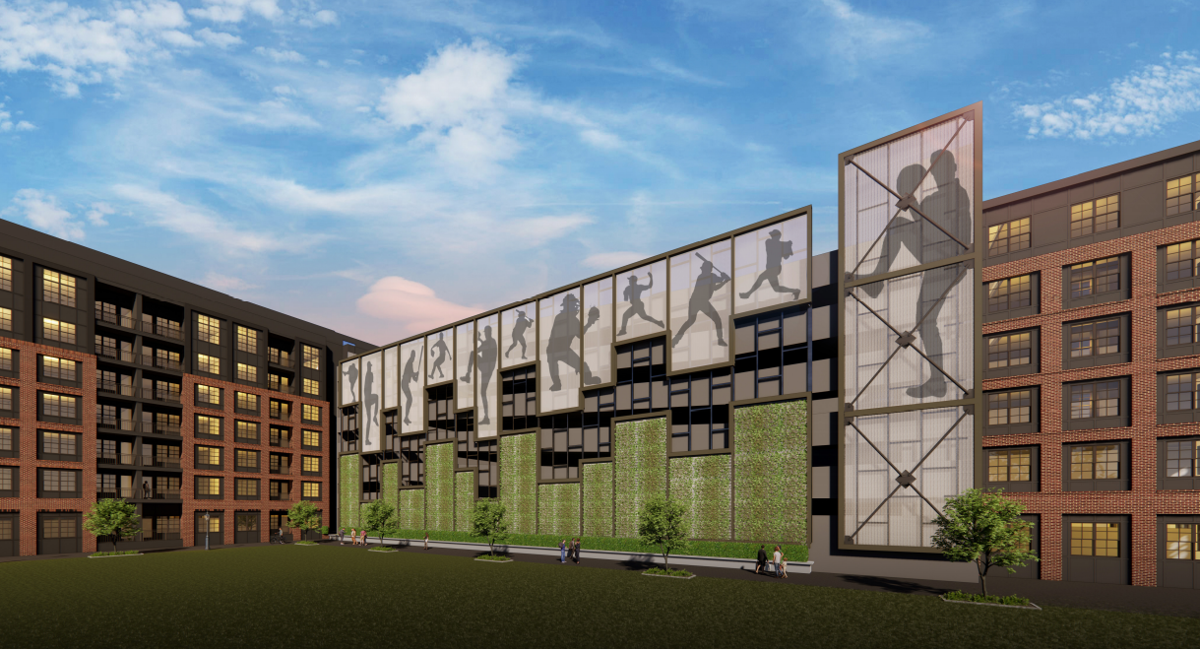 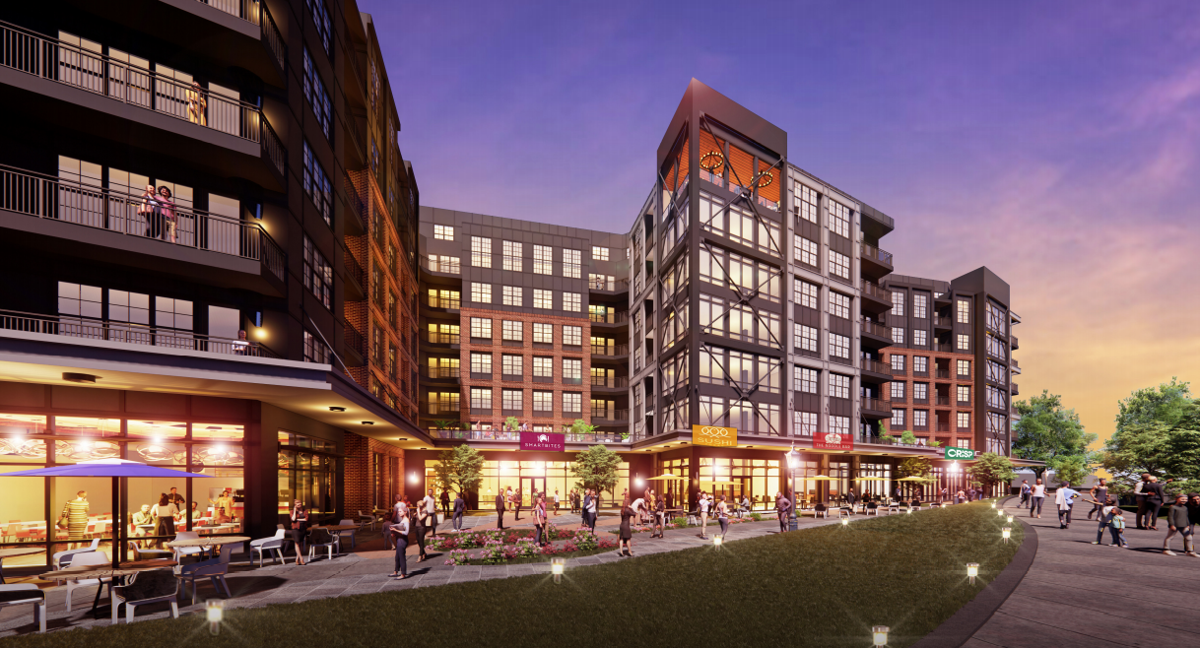 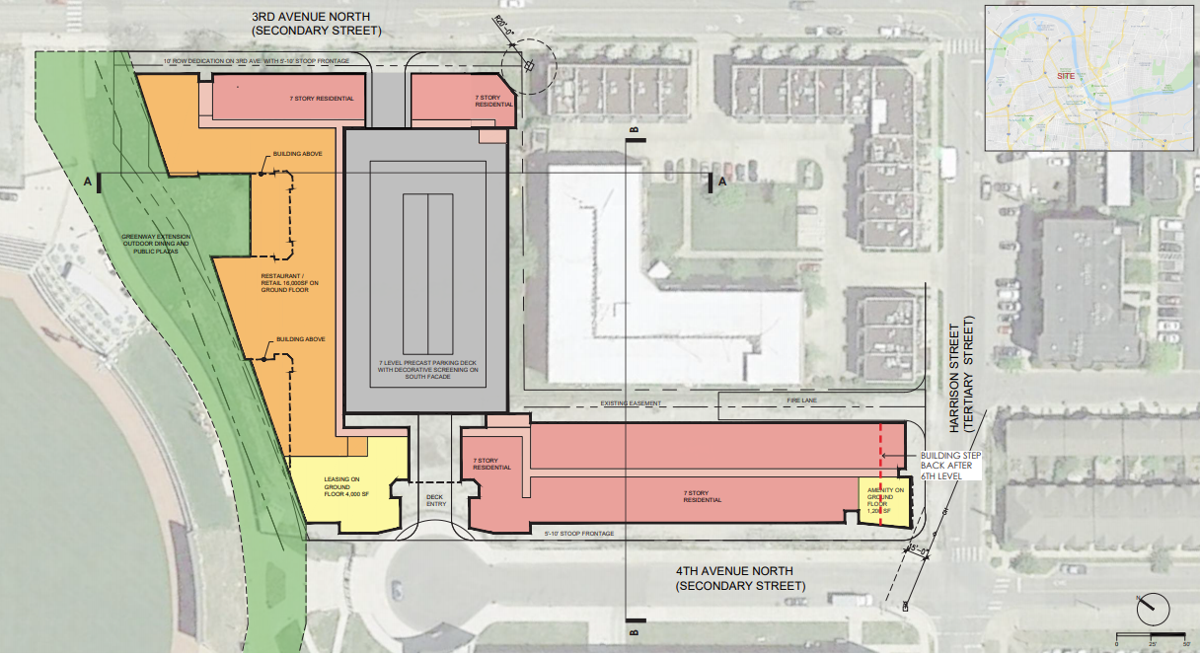 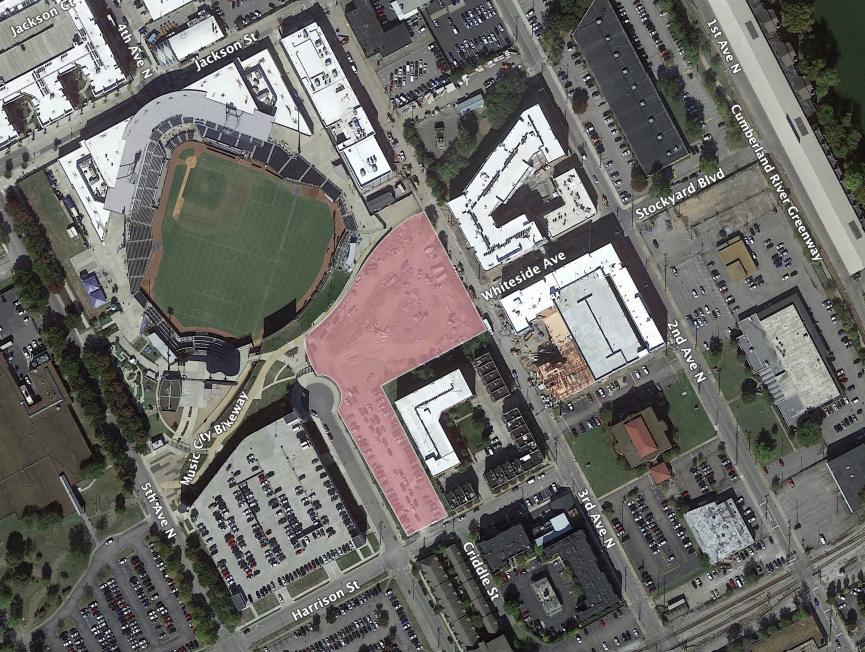 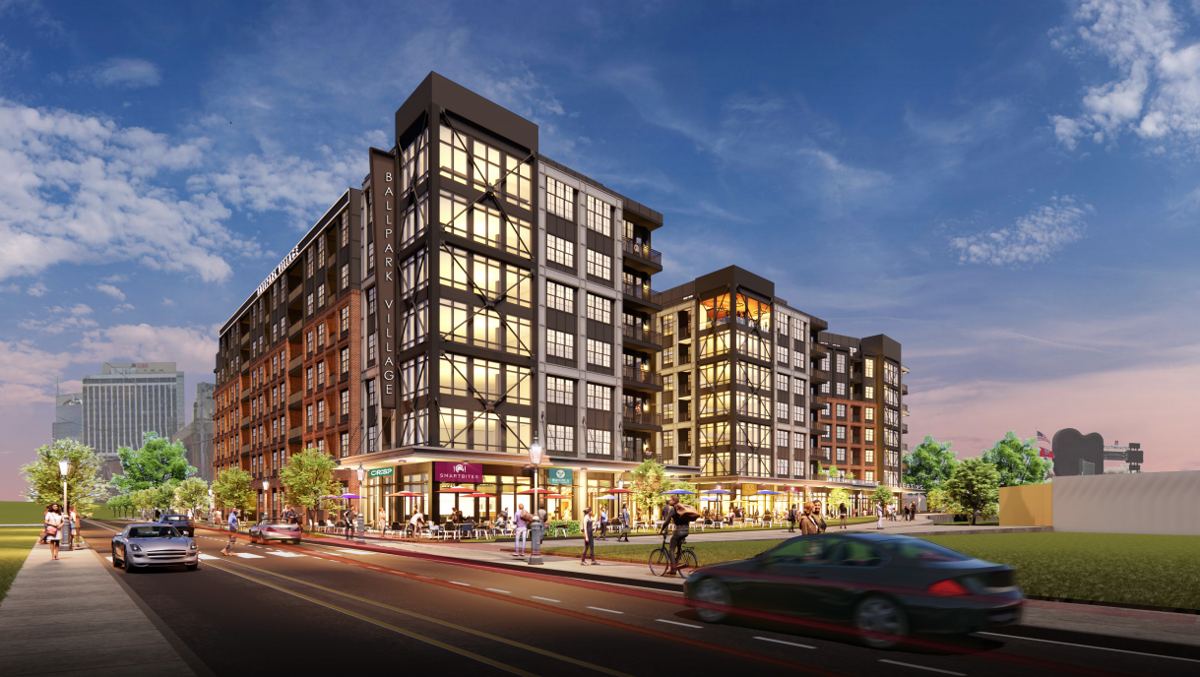 An Atlanta company has released new images related to a mixed-used project it plans for a 2.6-acre property that hugs First Horizon Park.

Portman Holdings has the property for the project, seemingly called Ballpark Village, under contract with Sulphur Dell Land LLC. According to documents submitted to Metro, the development would include residential and commercial buildings running along both Third Avenue and Fourth Avenue. Current zoning would allow Portman to develop the site with buildings of five stories. Six stories can be granted via Metro's bonus height program, with seven stories with height modification.

Portman has enlisted Atlanta-based Dynamik for architectural duties. Nashville-based Hawkins Partners (landscape architecture and land planning) is also participating. The team will go before the Metro Planning Commission on Jan. 21 to request a height modification.

The documents show three seven-story residential buildings and a retail/restaurant building. A structured parking garage seemingly would accommodate each building and would be accessed via Third and wrapped by the buildings.

Previously, Austin-based Trube Corp. was looking to undertake a similar project in conjunction with the aforementioned Sulphur Dell Land LLC, which includes Nashville-based developers and brothers Chris Ward and Tim Ward. (Frank Ward, a co-owner of the Nashville Sounds, is their father.) That effort was to have included a hotel and multifamily building but failed to materialize. And in 2017, the MDHA DRC gave concept plan approval related to what was to have been 285-unit apartment building The Derby.

The site sits within the Metro Development and Housing Agency's Phillips-Jackson Street Redevelopment Overlay District. As such, the MDHA Design Review Committee will also need eventually to approve the concept plan and exterior design elements.

Interacting with the Cumberland River Greenway, the parcel sits within the heart of North Capitol. The Wards were to have partnered with Michael Hayes of Nashville-based C.B. Ragland Co. on the original project. The three men did move forward with a retail building that soon will open on an adjacent site along Third Avenue and be anchored by Brooklyn Bowl.

Sulphur Dell Land LLC in June 2015 paid $6 million for both the site to be developed and the parcel on which the retail building now sits.